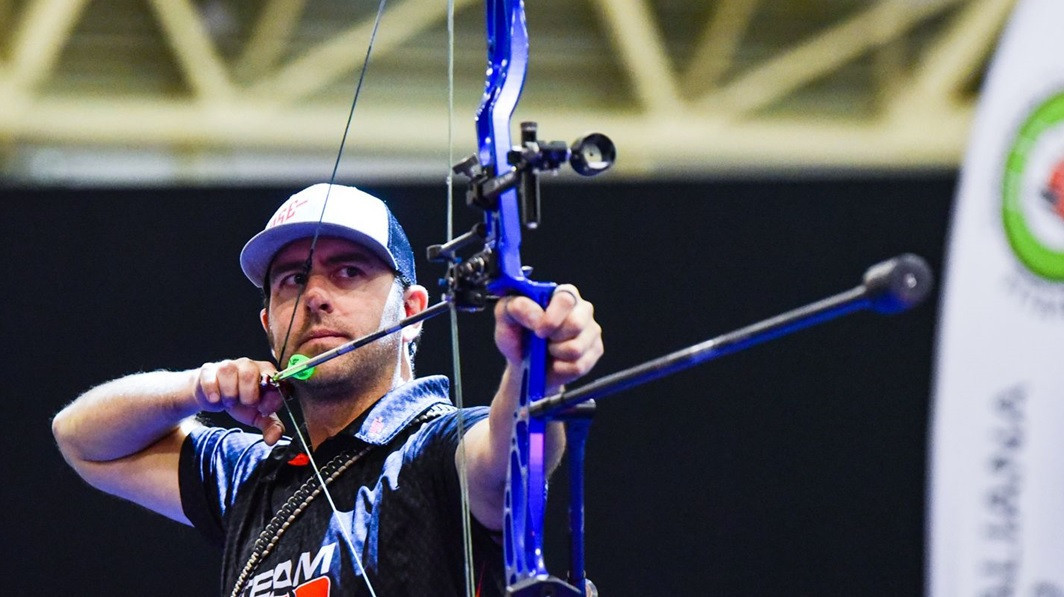 Dave Cousins, the World Archery champion in 1999 rolled back the years after shooting a perfect score of 600 during round two of the Indoor Series.

Cousins achievement came in the men's compound category during the second remote stage of the 2021 Indoor Archery World Series.

The American joins a select band of individuals to have shot a perfect 60-arrow 18-metre round.

Despite the Indoor Series not being an official registered competition, Cousins said he was delighted with his achievement which helped him win the category.

"I shot a great round, had a great day, was really in the groove," said Cousins.

"My equipment was working flawlessly and I hope to compete in the remainder of the events we have scheduled and see if we can’t all post up some big numbers.

In joint second place behind Cousins in the men's compound are fellow American Kyle Douglas and Mike Schloesser of the Netherlands.

Meanwhile, the women's compound competition was won by Britain's Bayley Sargeant with a score of 595 points.

Second place in the category went to Iran's Elham Ghadimpour with 593 while Sanne de Laat of the Netherlands came third with 592.

The men's recurve category was won by Brady Ellison of the United States with a score of 598.

Second place went to Oh Jin Hyek of South Korea a point behind with 597 while third place, a point further back, was Thomas Chirault of France on 596.

The women's recurve category was won with a world best score of 596 by Wi Nayeon of South Korea.

Reigning Indoor Archery World Series champion Nayeon bettered the previous record by one point to take the win in this discipline.

Second place in the category went to Tatiana Andreoli of Italy on 592 while third place went to Lisa Barbelin of France on 591.

The barebow competitions are dominated by Swedish couple Erik Jonsson and Lina Bjorklund, who lead their respective categories with world record scores.

Terning finished on the same points total as fourth-placed Fatemeh Ghasempour of Iran but the Swede took third place by virtue of having scored more tens.

More than 5,000 archers registered to participate in the second online stage of the 2021 Indoor Archery World Series

More than 3,400 submitted results were accepted for the initial results list - although changes may be made for up to two weeks after competition, which took place between December 18 and 20.

The third stage of the Indoor Archery World Series is scheduled for January 15 to 17 2021.