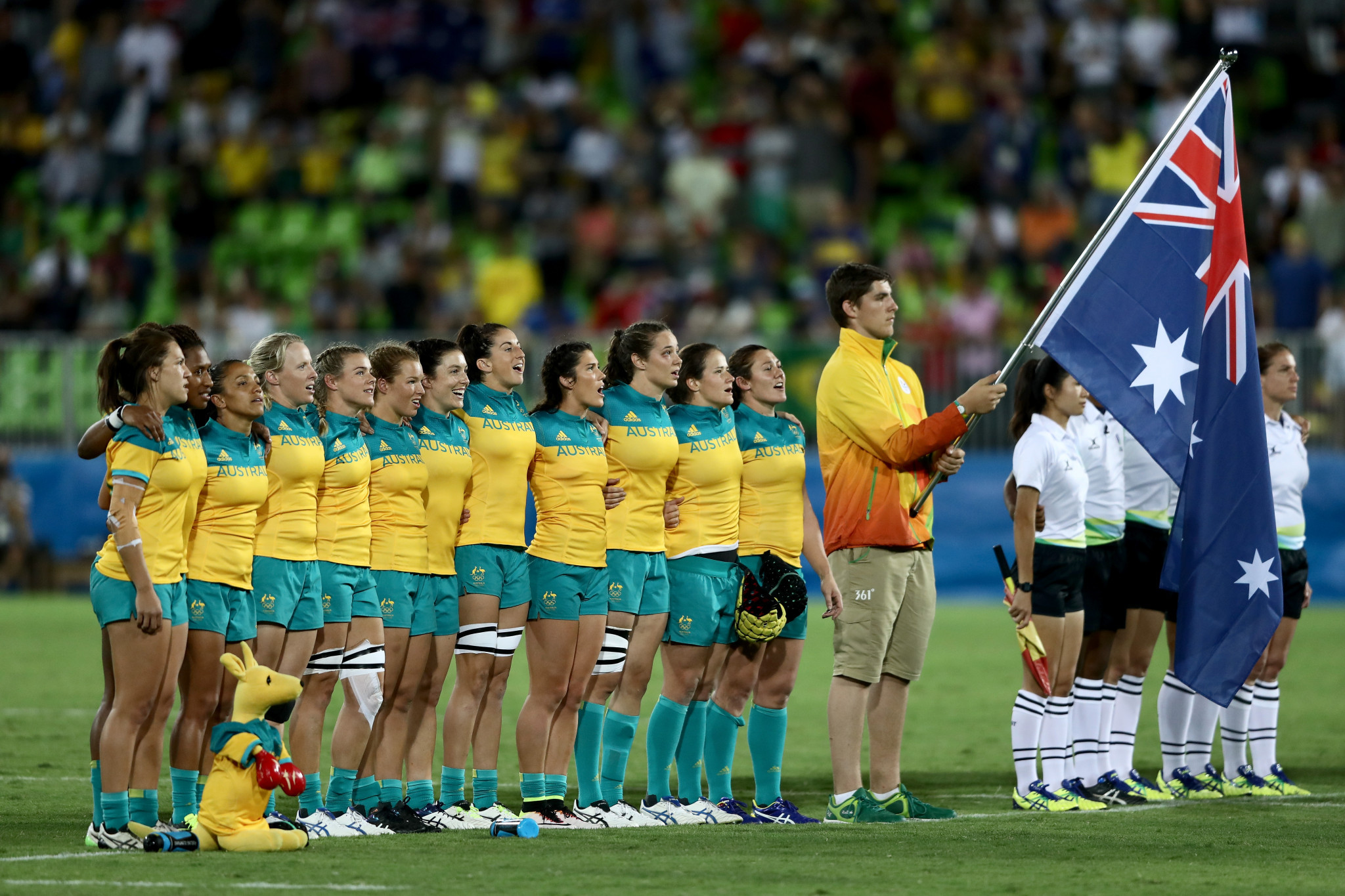 Olympic gold medallist Cathy Freeman has led welcomes for a change to the Australian national anthem which has been introduced today.

"What a way to start the year", Freeman 400 metres champion at Sydney 2000, wrote in a social media message.

"A phone call from our Prime Minister to say that we are 'One and Free!'

A stanza of the anthem has been altered from "young and free" to the words "one and free" in a move announced by Australian Prime Minister Scott Morrison.

"While Australia as a modern nation may be relatively young, our country’s story is ancient, as are the stories of the many First Nations peoples whose stewardship we rightly acknowledge and respect," said the Prime Minister.

"In the spirit of unity, it is only right that we ensure our national anthem reflects this truth and shared appreciation."

Freeman had supported the Recognition in Anthem Project (RAP), an initiative with the same acronym as the Reconciliation Action Plans which were introduced to widen opportunities for indigenous groups and seen at the Gold Coast 2018 Commonwealth Games.

Freeman had famously flourished the Aboriginal flag on her lap of honour after 200m and 400m victories at the 1994 Commonwealth Games in Victoria, and did the same in 2000 after her Olympic gold in Sydney.

Ken Wyatt, Minister for Indigenous Australians, described the lyric change as "small in nature but significant in purpose".

Although there are plans to add an additional verse, boxer and former rugby league star Anthony Mundine said that "one word change isn’t good enough" and called on the country to "scrap the song and start fresh" with a new national anthem.

Last month, the anthem was led by 17-year-old Olivia Fox, a member of the Wiradjuri people and a student from the Newtown High School of the Performing Arts, before a rugby union match between Australia and Argentina.

Fox sang in the indigenous Eora language, as well as English.

??❤️ Putting in the extras after training.#Wallabies #YourTeam #OurJourney pic.twitter.com/u7QCS52nUa

This followed the example of New Zealand and South Africa, where anthems are also performed in indigenous languages.

In 1988 at the Calgary Winter Olympics, Canadian anthem O Canada was sung by Daniel Tlen in Southern Tutchone, the language of a First Nation language spoken in Yukon communities.

Although written in 1878 by Scottish-born composer Peter Dodds McCormick, Advance Australia Fair was not officially adopted as the Australian national anthem until 1984.

In 1956, when Australia hosted the Olympics for the first time, God Save the Queen was played in Melbourne.

At the Sydney Olympics, Advance Australia Fair was played in what the official Sydney 2000 report described as "a distinctive rendition".

The quartet "Human Nature" sang the first verse acapella before soloist Julie Anthony, accompanied by the Sydney Symphony Orchestra, carried on the melody to great applause.

The indigenous flag was also flown on Sydney’s municipal buildings throughout the 2000 Olympics.

Tokyo 2020 later this year will likely hear the new lyrics sung at an Olympic event for the first time.