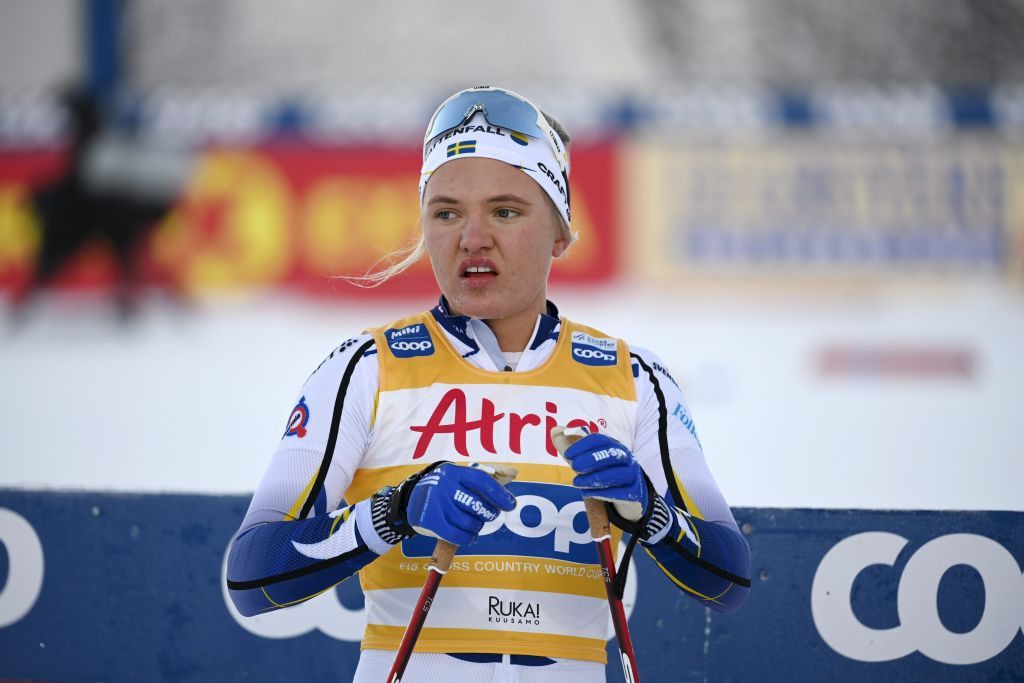 The 21-year-old Swede won the final to secure her second victory of the Cross-Country World Cup season.

American Jessie Diggins was second after crossing the line in front of Svahn's team mate Frida Karlsson at the end of the challenging 1.4-kilometre course.

The American and Karlsson claimed podium spots following the disqualification of Anamarija Lampic of Slovenia.

Svahn's performance saw her live up to her pre-Tour de Ski billing as the favourite for the opening sprint of the circuit.

"I am so happy to have reached my expectations today because I was not sure how my body was going to handle this altitude," she said.

"Now I have to focus now day by day but first I have to try to recover my legs again after this really tough race."

Italian Federico Pellegrino, the Olympic sprint silver medallist and a former world champion in the discipline, triumphed in the men's race in the Swiss resort.

Bolshunov remains comfortably ahead of his challengers in the race for the crystal globe following his second-place result.

The Russian is bidding to become only the second male skier to win back-to-back Tours de Ski.

The Tour is scheduled to continue tomorrow with the women's 10km and men's 15km races.