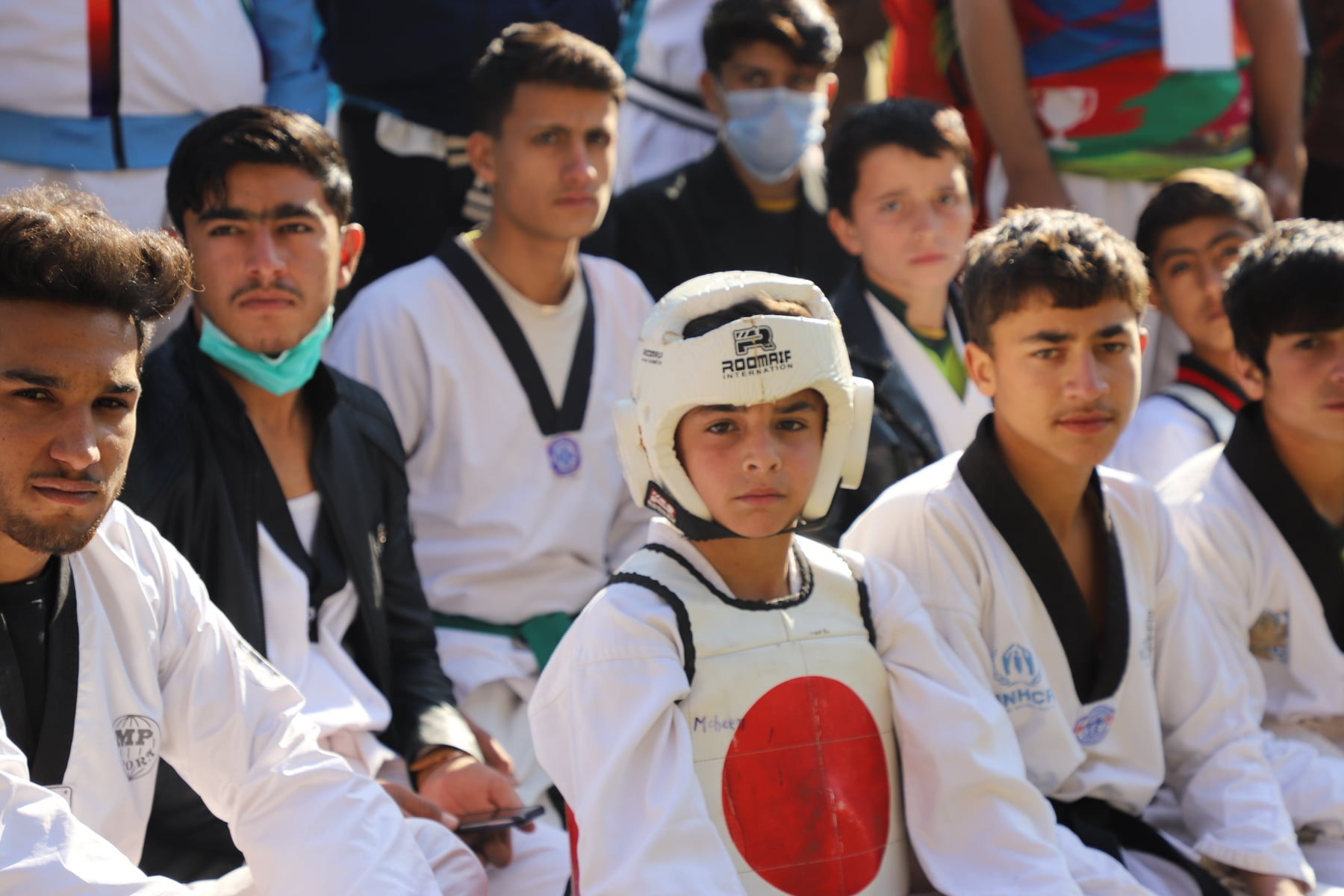 The team from Kohat District won the Taekwondo Championship.

"We know that it has been a difficult year for everyone, and we are pleased to see the great enthusiasm and sportsmanship of the participants," Kawata said.

World Taekwondo, through the Taekwondo Humanitarian Foundation (THF), has worked closely with the UNHCR to empower refugee children through the sport.

Created in 2015, the THF partnered with the UNHCR in 2016 to provide both coaches and equipment - such as uniforms, mats, protective gear and kicking pads - for projects in refugee camps across the globe.

The THF has an active presence in both Jordan, where a flagship academy is already up-and-running at the Azraq Refugee Camp, and Rwanda, where a sports hall is being constructed near Mahama Camp.

Other THF projects have been run in Djibouti, Turkey and Colombia.

In 2019, World Taekwondo was just one of two International Federations invited to the UNHCR's first-ever Global Refugee Forum.

There were 2.7 million Afghans registered as refugees worldwide in 2020, according to the UNHCR, with 90 per cent in either Pakistan or Iran.