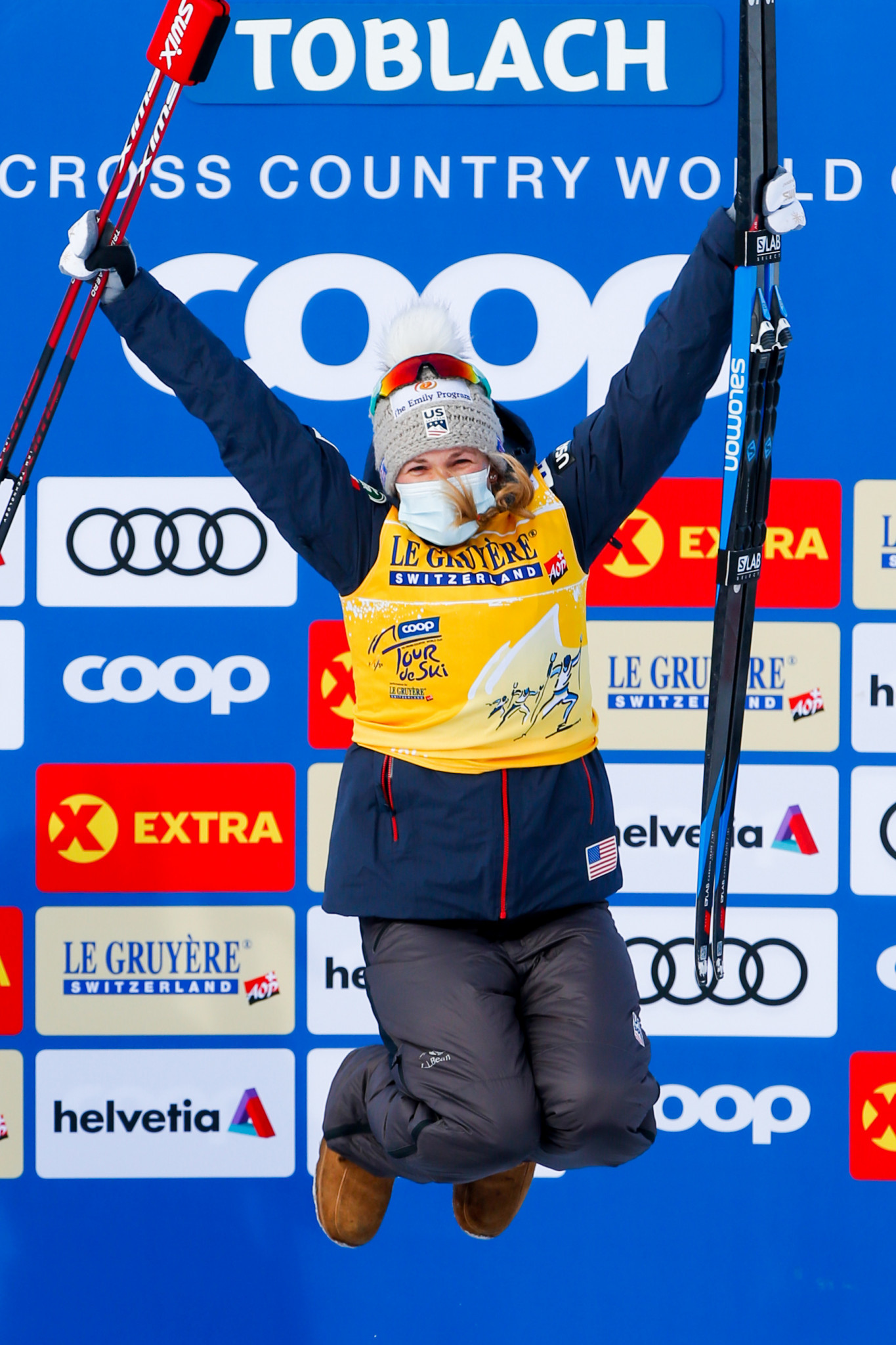 Diggins won the women’s 10-kilometre free race in a time of 25min 14.5sec - 14.8sec ahead of her compatriot and rival Rosie Brennan.

With four consecutive podium finishes to her name, Diggins also replaces Sweden’s Linn Svahn at the top of the Tour de Ski points standings and solidifies her position as overall leader.

Brennan had to settle for a second successive silver medal, but the result ensures she remains the overall FIS Cross-Country World Cup leader.

The bronze went to Sweden’s Ebba Andersson as she finished 22.2 behind Diggins on stage four.

Defending champion Bolshunov was once again the star of the show as he came home in 32min 49.6sec to strengthen his grip on this season's Tour de Ski.

It was the 24-year-old’s third straight victory after winning the 15km class mass start and 15km free pursuit in Val Müstair.

Denis Spitsov came second in 32:57.9, while Ivan Yakimushkin finished third in 33:03.5 to complete an all-Russian podium.

The trio were followed by compatriots Alexey Chervotkin and Artem Maltsev who came fourth and fifth respectively.

France’s Maurice Manificat was the only non-Russian in the top eight as he finished sixth ahead of Evgeniy Belov and Andrey Melnichenko.

Bolshunov leads the overall and points standings in the Tour de Ski and has established a 348-point advantage over nearest challenger Federico Pellegrino of Italy in the overall World Cup ladder.

The eight-leg Tour de Ski has now reached its halfway stage and is due to continue tomorrow in Toblach.

Following the completion of tomorrow’s races, athletes will then be expected to travel to Val di Fiemme for three further events, scheduled to run from January 8 to 10.