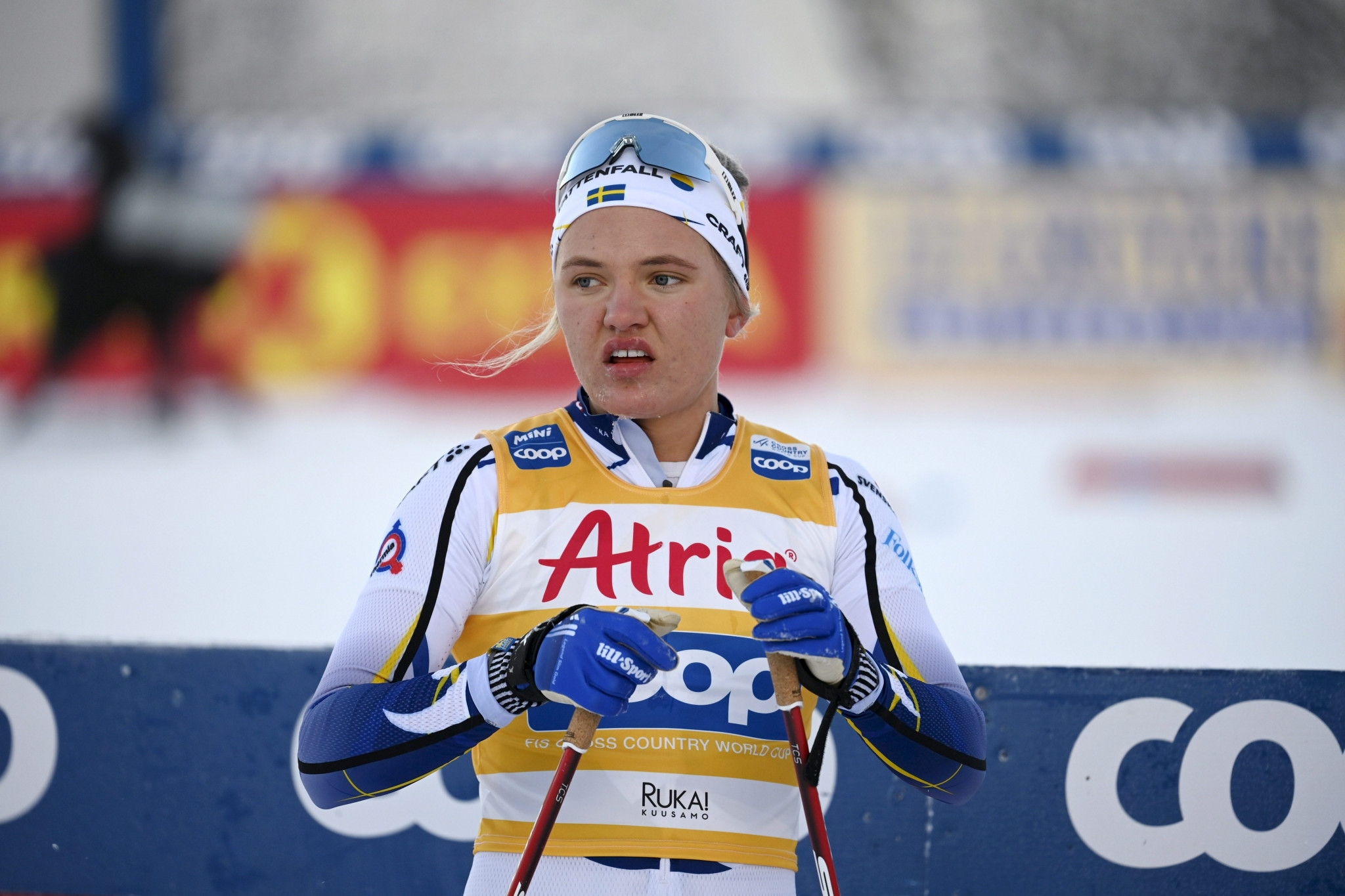 Linn Svahn has been given the all-clear to compete in the International Ski Federation (FIS) Tour de Ski tripleheader in Val di Fiemme following a coronavirus scare.

The Swedish cross-country skier, who is in the mix to win the women’s points title, tested positive for COVID-19 upon arrival in the Italian resort on Wednesday (January 6).

Following the result of the rapid test, Svahn was forced to isolate before taking part in another round of testing yesterday.

According to Sport Bladet, the Swedish Ski Association confirmed Svahn will be able to compete in today’s women’s 10-kilometre classic mass start after her second test came back negative.

"We thought and hoped that the PCR test would be negative and at 10.30pm the message came that makes us both relieved but also extra charged for the race," said Anders Biström, manager for the Swedish team.

Two unnamed members of the Finnish team also tested positive for COVID-19 on January 6 before producing a negative result a day later, allowing them to continue racing in the Tour de Ski.

"We will act in accordance with the instructions from the local authorities and FIS and continue the tour as planned," said Teemu Pasanen, head coach of Finland’s team.

"We are even more careful now when it comes to infection control.

"We want to compete fully during the last three days of the Tour de Ski and hope that we get the opportunity to focus on sports in the future."

Svahn made a superb start to this season’s Tour de Ski, winning the sprint free and 10km classic mass start in Val Müstair in Switzerland.

The Swede is ranked third in the points standings on 38 points, five behind compatriot Frida Karlsson and seven adrift of leader Jessie Diggins of the United States.

The eight-leg competition - which forms part of the FIS Cross-Country World Cup - is due to be completed in Val di Fiemme, with races scheduled to be held each day from today until Sunday (January 10).

Norwegian athletes are absent because of coronavrius concerns.

It has also been confirmed by the FIS that Ulricehamn has been given the green light to stage two World Cup events on February 6 and 7.

The two legs were originally scheduled to take place on January 16 on 17 ahead of the double header in the Finnish city Lahti on January 23 and 24.

But with Falun in Sweden due to host two events on January 30 and 31, a decision was taken to move the Ulricehamn legs to February to avoid additional international travel.

The FIS has now confirmed that a health prevention plan is in place in Ulricehamn to ensure a safe environment for participants and officials.