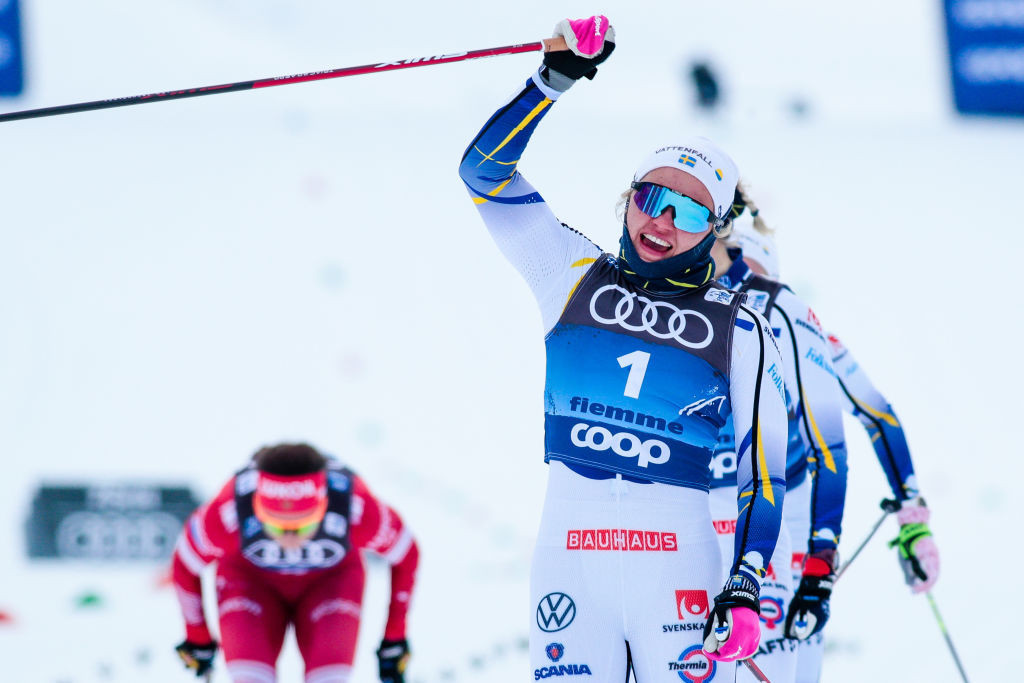 Svahn, given the all-clear to compete in the Italian resort after she returned a false positive for COVID-19 in the lead-up to the stage, triumphed in today's women's sprint classic.

The Swede becomes the first woman to win multiple sprint stages at a single Tour de Ski before her 23rd birthday.

Jessie Diggins of the United States remains the overall leader of the Tour de Ski and is 0.54sec ahead of Russian Yulia Stepak going into the final stage.

Svensson was the surprise winner of the men's race as he crossed the line ahead of Russian Gleb Retivykh and his compatriot Alexander Bolshunov.

Retivykh took second place as he finished clear of Bolshunov, who has a commanding lead of over three seconds in the battle for the Tour de Ski title.

The winners will be decided following the final races of the series tomorrow.