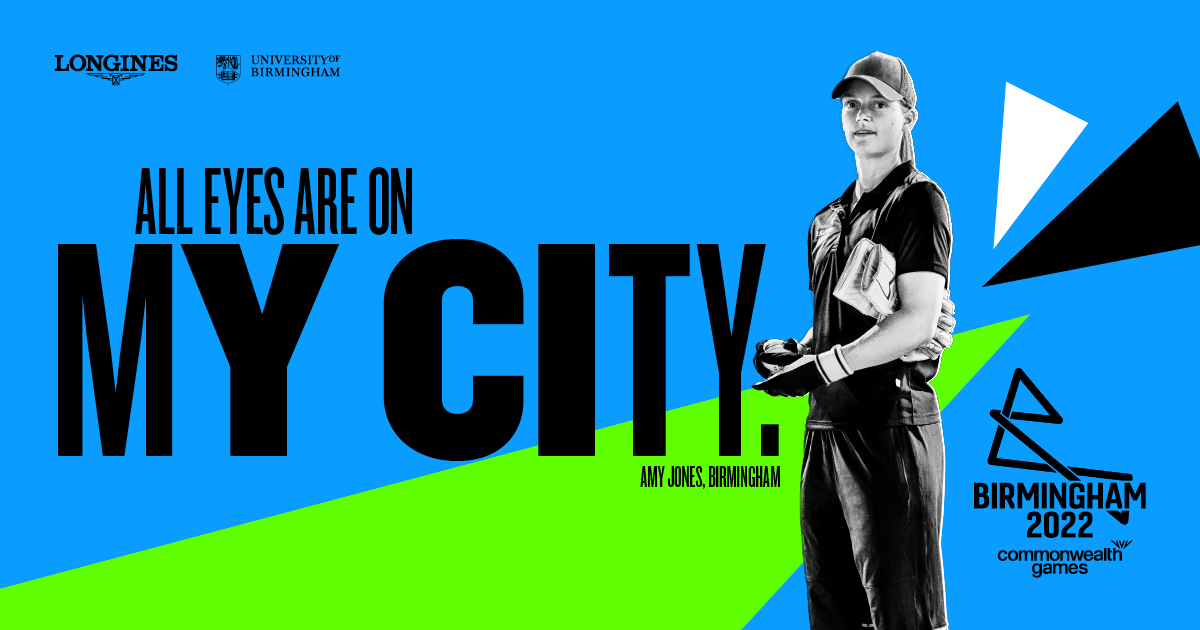 England cricketer Amy Jones has said the Birmingham 2022 Commonwealth Games will be a "real light at the end of the tunnel" amid the coronavirus pandemic.

Cricket is among the sports to have been hit by the pandemic, which led to the International Cricket Council (ICC) being forced to reschedule the Women's Cricket World Cup in New Zealand from February and March in 2021 to 2022.

The tournament will be followed by the Commonwealth Games in Birmingham, where women’s cricket will feature at the multi-sport event for the first time.

Jones, who grew up locally in Sutton Coldfield, has welcomed the chance to compete in front of a home crowd at the Games and have the rare opportunity to participate at a multi-sport event.

"With how things are at the moment, I think it will just be a real light at the end of the tunnel and something for everyone to look forward to," Jones said.

"I think it’s a brilliant opportunity for the city, all eyes will be on Birmingham for that period of time.

"I’m proud to be from Birmingham, and having such a global event coming to the city will just be brilliant.

"It’s something that will be extremely special.

"We’ve never really been part of a bigger team, and being around that whole Team England squad of athletes is something that we’re really looking forward to."

Jones, who has more than 90 international caps for England, plays county cricket for Warwickshire.

The T20 competition at the Games will be held at Edgbaston cricket ground, the home of Warwickshire County Cricket Club.

Jones said this would add to the occasion and praised the decision to include women’s T20 cricket on the programme of the Games, which will be the first multi-sport event to feature more medal events for women than men.

"I think it’s the first global event to do that which is a really special occasion and just shows how far women’s sport has come," Jones said.

"It’s really nice to see women’s sport being rewarded with more medals, and hopefully we just broaden the reach and attract more and more young girls to take up sport in general.

"Every athlete wants to inspire, and the more people that can see us and see what we do and see how much fun we have when we’re out there, if that comes across to young girls maybe watching cricket for the first time, I think that is hugely important.

"As a team we always try and engage with people that come and watch us and really just make it an experience that makes them want to come back and watch again.

Jones is among the athletes participating in Birmingham 2022’s latest promotional campaign for the Games, which celebrates elite athletes with a link to the West Midlands.

She will appear on billboards across the region from this week as the build up to the Games continues.

"It’s incredible, I don’t think it will have sunk in until I’ve seen a billboard or my family walk past and see it," Jones said.

"It’s definitely a bit crazy to be honest but it’s something I’m hugely proud of and I feel very lucky to be one of the athletes that’s up there.

"It’s definitely something that I’ll not forget."

Eight teams will compete in the women’s T20 competition at the Games, with England awarded an automatic place as the host nation.

The six other highest ranked ICC members in the Women's T20 international team rankings as of April 1 next year will also qualify directly for the eight-team tournament.

Australia are currently top of the rankings with England second.

India are third, New Zealand are fourth, South Africa are fifth and Pakistan sit seventh with these countries in pole position to qualify for the Games, due to take place between July 28 and August 8 2022.

Should the West Indies, who currently sit sixth in the world rankings, earn a place at the Games the winner of a designated qualifying tournament will decide which Caribbean country will earn the spot.

The remaining place will be allocated to the winner of a Commonwealth Games qualifier, the format and details of which will be announced this year.

Birmingham 2022 will see cricket make only its second appearance at the Commonwealth Games following the men's tournament at Kuala Lumpur 1998.