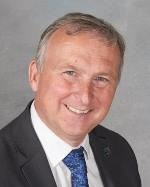 Birmingham City Council leader Ian Ward has conceded "we can’t be certain" next year’s Commonwealth Games will go ahead amid concerns over the emergence of new coronavirus variants.

The United Kingdom has been one of the worst hit countries by COVID-19 with its daily death toll surpassing 1,000 for the fourth day in a row.

A mass vaccination programme is currently underway after England entered into its third nationwide lockdown at the start of this month.

But new transmissible variants – with the latest emerging in Brazil – are causing further uncertainty.

Now calls are being made for Games Partners to come up with a continency plan should organisers be forced to pull the plug on Birmingham 2022.

Speaking at a West Midlands Combined Authority (WMCA) Board meeting, Ward said the Council was "working on the assumption" that Birmingham 2022 would be held as planned as he felt the vaccine should have "well and truly" been rolled out by then.

But with the coronavirus pandemic ever changing, Ward admitted it was difficult to predict what the outlook for the Games would like next year.

"We can’t be certain what is going to happen going forward - indeed, the Olympic Games that were postponed to the summer of this year are now looking in some doubt again, so we can’t be certain," said Ward.

"Who knows what will happen next? There may be another variant to the virus and we may all be back to square one.

"But I’m going to take an optimistic view and optimistically look to the future and the hosting of the Commonwealth Games, as a benefit not just for Birmingham but for the whole of the region."

Ward added that if the Games "were not to go ahead" projects would still have "a very strong legacy element for Birmingham and the wider region".

The Aquatics Centre in Sandwell, the bowls centre in Leamington Spa and the mountain bike venue in Cannock Chase were among the schemes highlighted by Ward.

"Please do remember we are delivering a number of legacies that the whole region will benefit from," added Ward.

Based on the number of new coronavirus cases per 100,000 people, the infection rate in the West Midlands remains high.

Wolverhampton and Sandwell is in the top 50 with rates exceeding 900, while Birmingham’s rate has increased to 766.

According to recent data, Birmingham registered 8,755 coronavirus cases in the seven days up to January 10 compared to 7,574 in the previous week.

Organisers have previously claimed the event remains on track to be delivered on time and on budget.

But Walsall Council leader Mike Bird has also expressed concerns over the staging of the Games.

"I am concerned, and I’ve said this on a couple of occasions now, about where we go if the Commonwealth Games doesn’t go ahead?," said Bird at the WMCA meeting.

"At the moment it’s just around the corner - it seems a long way away, but it’s not.

"My real worry is whether we need to have some kind of contingency plan if the inevitable were to happen and the Commonwealth Games were to be cancelled.

"I could see the situation in the not too near future, but not too distant either, where we get COVID free in the UK because of the efforts that everyone is putting in to make sure that happens as quickly as possible, and do we then turn around and say 'we welcome all of the people from the Commonwealth', who may or may not be in the same position as us in relation to COVID?'

"Yes there’s been a lot of money invested into that, and at this point in time that runs into many, many millions of pounds.

"But I think we need to have some debate in the very near future as to where Government might be in relation to early thinking on this particular, thorny subject."

The coronavirus pandemic has already dashed organisers’ plans for an Athletes’ Village, with the £500 million ($679 million/€562 million) project scrapped in August after admitting they were unable to deliver it on time.

The Games are due to run from July 28 to August 8 in a year where the sporting calendar looks set to be increasingly crowded, with many events pushed back to 2022 after the Olympics were postponed until 2021 as a result of the pandemic.