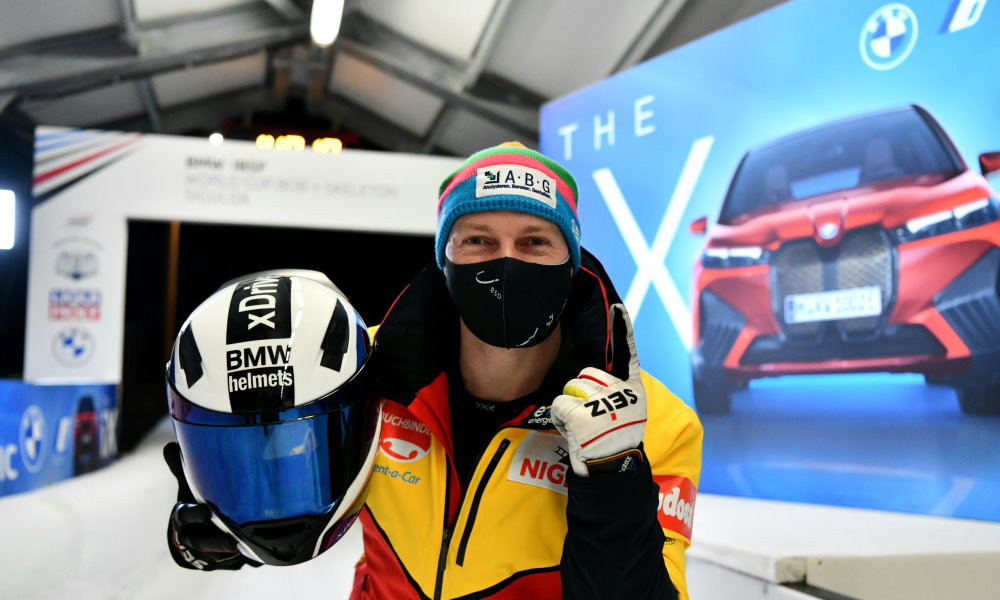 Germany's Francesco Friedrich continued to make history on the final day of the International Bobsleigh and Skeleton Federation (IBSF) World Cup after his team broke the four-man bobsleigh track record in St Moritz in Switzerland.

Friedrich yesterday set a new record for World Cup wins after victory in the two-man event and after winning today, now has 48 wins to his name.

His new track record was set in the second run, with the new best being a time of 1min 04.75sec.

Friedrich and his team of Martin Grothkopp, Alexander Schüller and Thorsten Margis, held off a strong Austrian side piloted by Benjamin Maier, to win another gold medal.

The German has won all but one of the races so far in this season's World Cup.

Maier and his crew kept the favourites honest throughout, only losing a tenth or so in the last few corners, but still far ahead of the rest of the field, finishing 0.29sec behind Friedrich.

Canada's Justin Kripps put in a solid performance to give his side the bronze medal, 0.49 behind the winners.

Germany's Johannes Lochner, the only man to defeat Friedrich this season, narrowly missed the bronze medal in fourth place, with a large gap back to Oskars Melbardis of Latvia in fifth.

Earlier in the day, Germany's Stephanie Schneider scraped a narrow victory in the two-woman bobsleigh race, on a day where the nation's dominance in the event looked to be under serious threat.

Schneider and her push athlete Leonie Fiebig, were a close third after the first run, with only 0.06sec covering the top five.

Her compatriot Mariama Jamanka and Vanessa Mark held that slender lead after run one, followed by Switzerland's Melanie Hasler and Irina Strebel in second and the United States' three-time Olympic medallist Elana Meyers Taylor and Sylvia Hoffman in fourth.

Only three of the five top teams had a second quicker run, with Schneider being the fastest, claiming the gold medal and her second victory of the IBSF 2020-2021 season.

The Americans were only 0.08 behind, moving up two places to win the silver medal.

Hasler finished relatively distant in third, 0.19 behind Schneider to win the bronze, her first two-woman medal of the season.

Jamanka's second run dropped her out of the medals, 0.53 behind the winners and into fourth place, while Martina Fontanive and Nadja Pasternack of Switzerland suffered a similarly-slow second run to finish fifth.

Three-time winner so far this season, Laura Nolte, was a distant sixth ahead of American pilot Kallie Humphries who finished seventh off the back of a monobob victory.

Despite finishing 10th, Austria's Katrina Beierl has taken the overall lead from Germany's Kim Kalicki, who did not start in St Moritz.