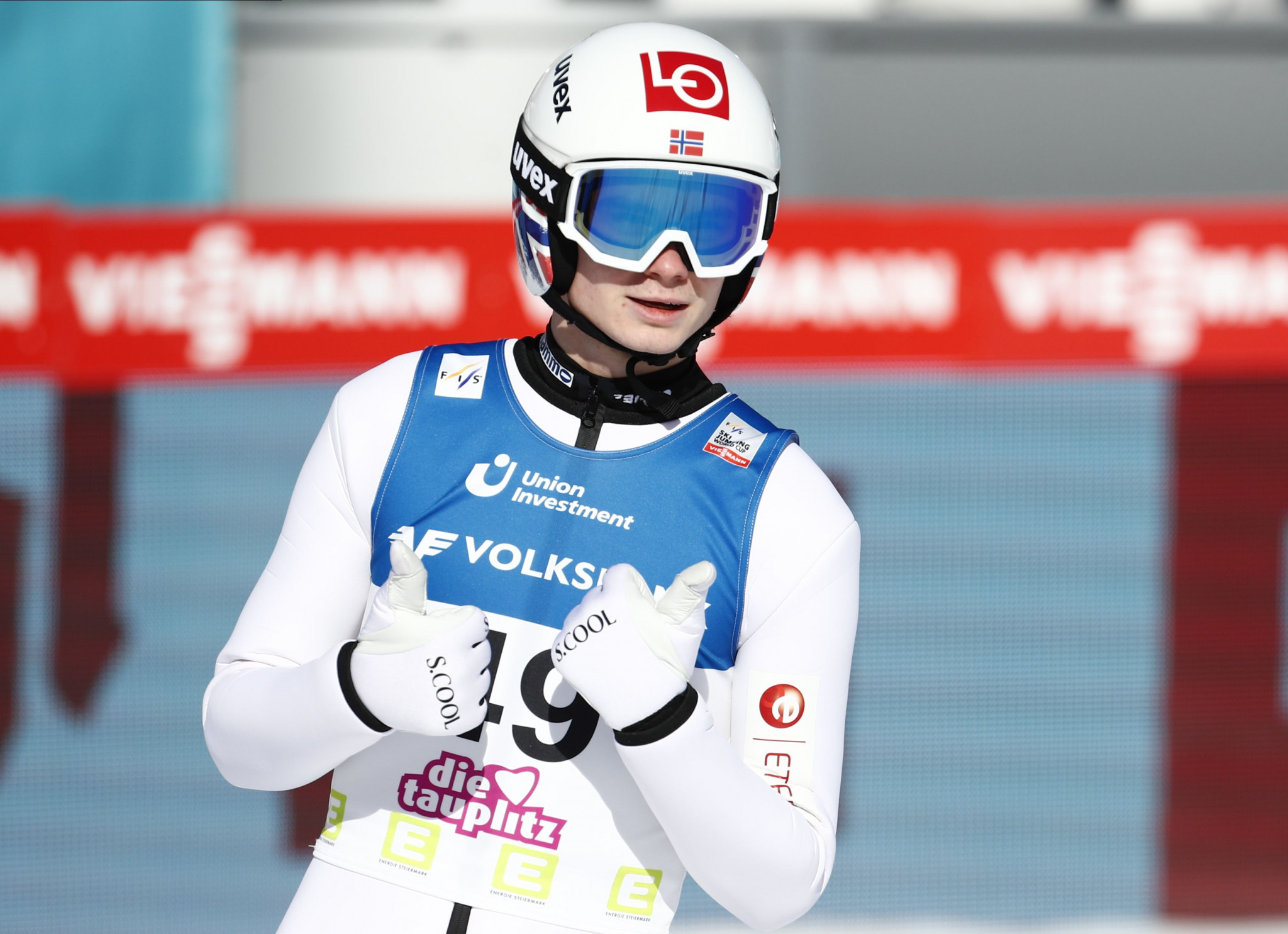 The 22-year-old claimed his third World Cup win, a year on from his two victories in four days during the 2020 Four Hills Tournament.

After finishing round one in second, a top jump in round two moved the Norwegian into first with a total of 296.5.

Slovenia's Anže Lanišek was denied his first victory after leading in the first round, finishing close behind Lindvik with a total score of 294.2.

Winning the bronze was Robert Johansson of Norway, who followed up two medals in Russia to make it on to the podium for the third time this season.

Austria's Daniel Huber was close behind in fourth, while Poland's Andrzej Stękała settled for fifth place.

Marius Lindvik claimed his first win this season in #Zakopane today, a place where Norwegians haven't won an individual event in a seven years!#skijumping #FISskijumping pic.twitter.com/4s0fF6jjSH

The Japanese duo of Ryōyū Kobayashi and Yukiya Sato finished a distance behind in sixth and seventh, while one of the contenders for the overall title, Markus Eisenbichler, finished eighth.

Stoch sits third behind Eisenbichler in the overall standings.

The World Cup leader, Norway's Halvor Egner Granerud, could only finish 23rd, but keeps a healthy lead in the standings.

The next leg of the FIS Ski Jumping World Cup is scheduled to take place in Lahti in Finland next Sunday (January 24).