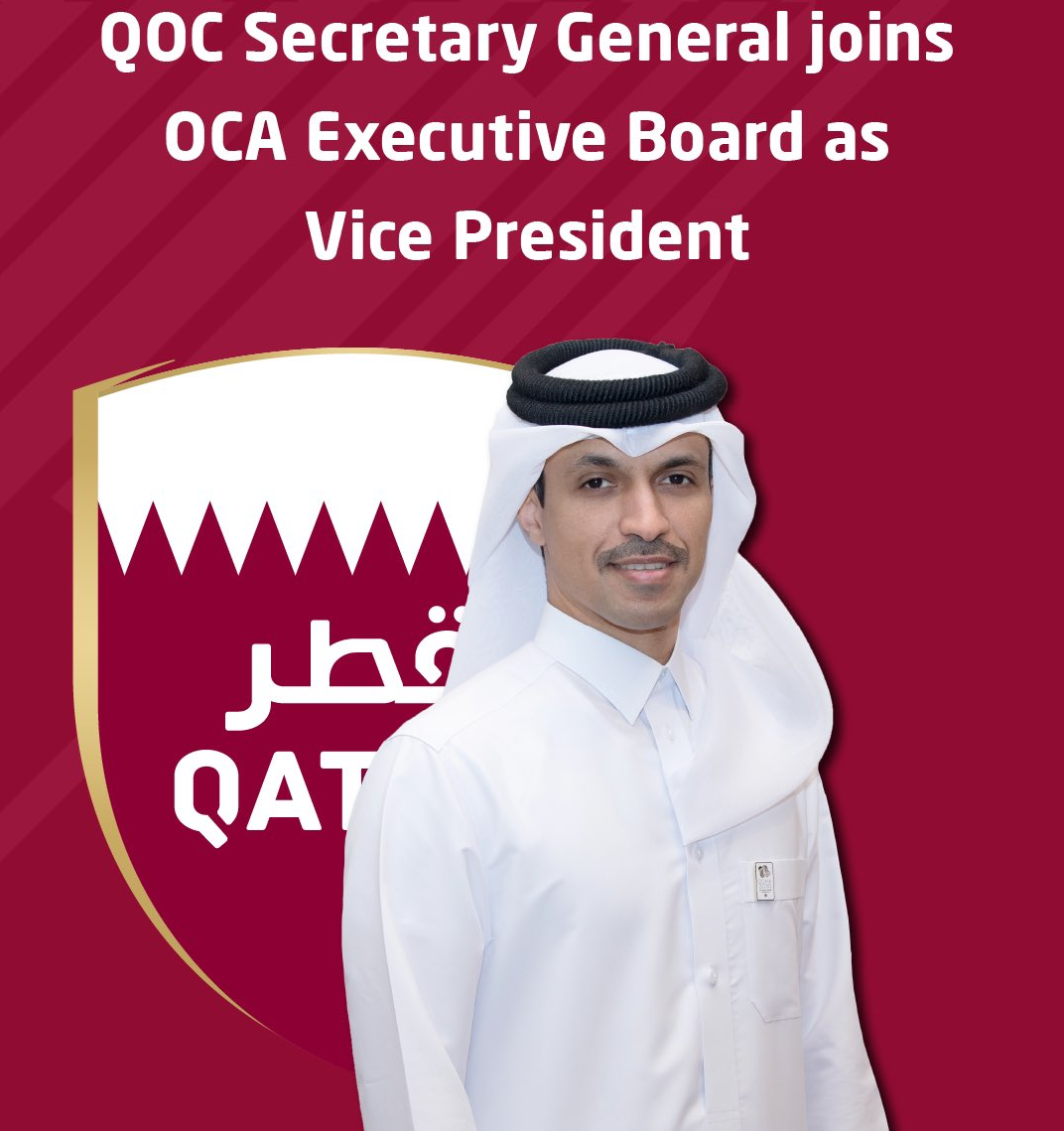 Under the OCA Constitution, the QOC was permitted to nominate a candidate for the OCA vice-presidency role after Doha was awarded hosting rights to stage the 2030 Asian Games last month.

Al-Buenain served as the chief executive of the Doha 2030 Bid Committee and is expected to take a leading role in the preparations for the Games.

"I am honoured to serve as a vice-president on the OCA Executive Board," he said.

"I would like to thank OCA President Sheikh Ahmad Al-Fahad Al-Sabah and the whole OCA family for this opportunity to contribute to a brighter sporting future for Asia.

"I am also grateful to QOC President Sheikh Joaan bin Hamad Al-Thani for the nomination and entrusting me to represent Doha 2030 on the OCA Executive Board.

"As we said throughout our Doha 2030 bid, Qatar is ready to host the Asian Games now, so we are able to use our cost savings on infrastructure to invest in sports development across the continent.

"I am looking forward to working with my colleagues on the OCA Executive Board and in National Olympic Committees throughout Asia to ensure Doha 2030 creates a positive legacy right away.”

Al-Buenain will join a 12-member OCA Executive Board and will become the second Qatari representative on the body.

Doha was awarded the 2030 Asian Games at the OCA General Assembly last month.

Prior to the vote, the OCA confirmed the winner would host the 2030 Asian Games with the runner-up being named as the venue for the 2034 event.

Doha will host the Asian Games for a second time, having previously staged the multi-sport event in 2006.

Saudi Arabia’s capital Riyadh will be a first time Asian Games host in 2034.