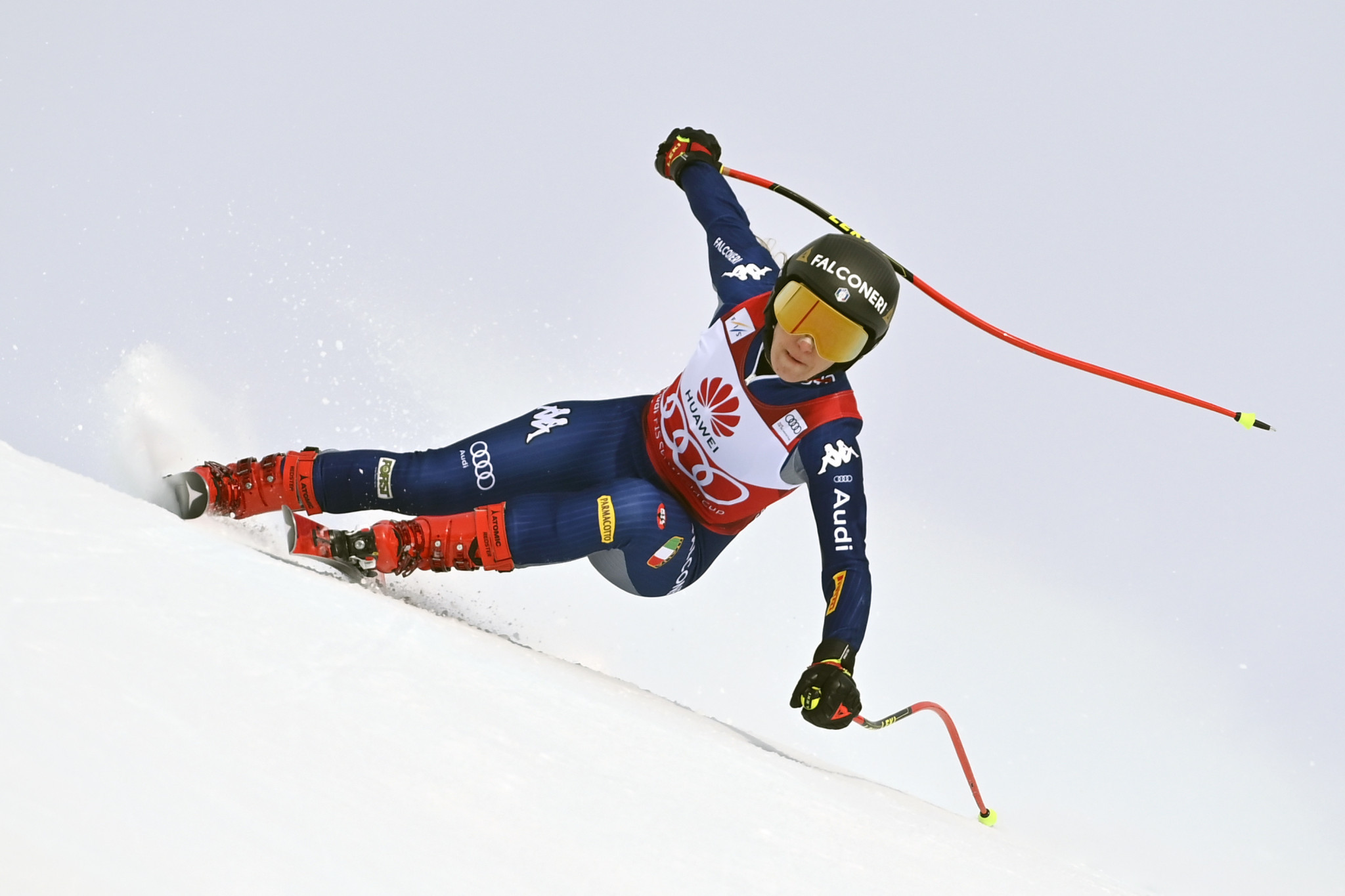 Italy’s Sofia Goggia will hope to retain her lead in the International Ski Federation (FIS) Alpine World Cup downhill standings, as the halfway mark is reached in Crans-Montana.

Goggia tops the downhill standings after three of eight races this season, following two wins and one second place finish.

Two downhill races are set to take place at the Swiss venue, with the first held tomorrow.

Saturday (January 23) will see the venue host a replacement downhill event due to competition not being able to take place in Lake Louise in December, as originally scheduled.

Goggia has impressed in training the last two days, with the Italian star recording the fastest time yesterday and the third quickest today.

The World Cup event will conclude on Sunday (January 24) with a Super-G competition.

The race replaces the cancelled competition in St. Moritz.

Downhill competition will also be the focus of the first two days of the men’s World Cup at Kitzbuehel in Austria.

Tomorrow’s downhill event will replace the cancelled race in Wengen, prior to the scheduled Saturday event.

Norway’s Aleksander Aamodt Kilde leads the downhill standings after three races, but has now been ruled out of the remainder of the season due to rupturing the anterior cruciate ligament in his right knee.

Austria’s Matthias Mayer lies second in the discipline’s World Cup standings and will look to be among the contenders to top the podium over the next two days.

Racing will conclude with a Super-G event on Sunday (January 24).