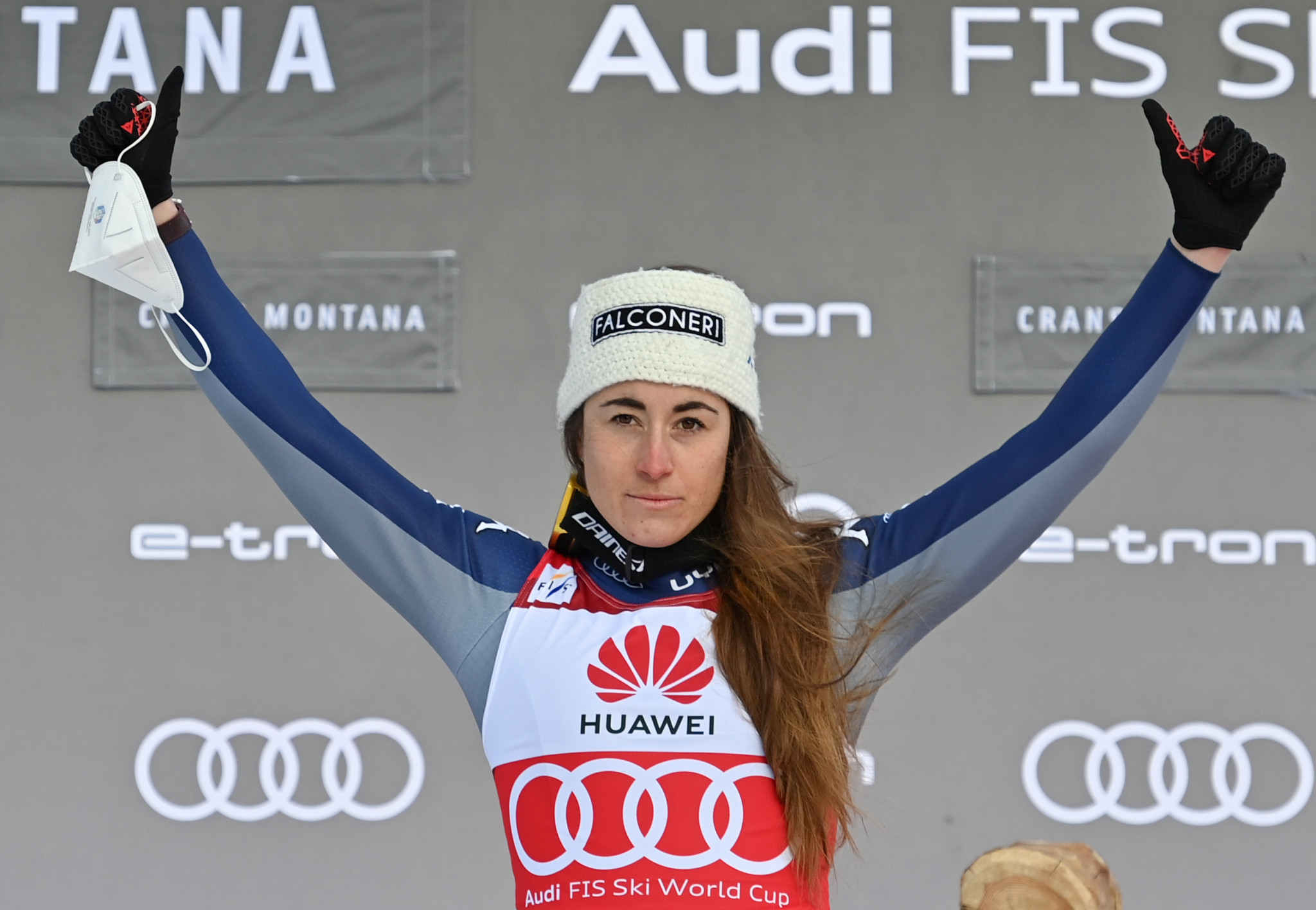 It was also her seventh victory in the discipline in which she is the Olympic champion, finishing ahead of the Czech Republic's two-sport star Ester Ledecká.

Ledecká, who is an Olympic champion in snowboarding and skiing, made the FIS Alpine Ski World Cup podium for the fifth time in her career, 0.2sec behind Goggia.

The United States' Breezy Johnson was third for the fourth time this season - the joint-best result of her career.

All four of Johnson's podiums have come within five weeks and have cemented her as one of the contenders for the downhill title this season - now only behind Goggia in the standings.

It looks like a pretty familiar podium with @goggiasofia edging @LedeckaEster in second and @_BreezyJohnson in third (for the fourth time)🤯 #fisalpine pic.twitter.com/gB7mrD75JB

Brignone's title defence has stuttered so far this season and the Italian has not made the podium yet in 2021.

She currently sits eighth in the overall standings.

Vlhová's day went well on the whole as her closest competitors lost ground in the overall standings.

Michelle Gisin of Switzerland remains in second, but failed to win points after finishing down in 33rd.

Goggia's win moves her into the top five overall, while her downhill lead now stands at 140 points ahead of Johnson.

Vlhová has a 110-point advantage in the overall standings.

Another downhill race is scheduled in Crans-Montana tomorrow, followed by the super-G on Sunday (January 24).