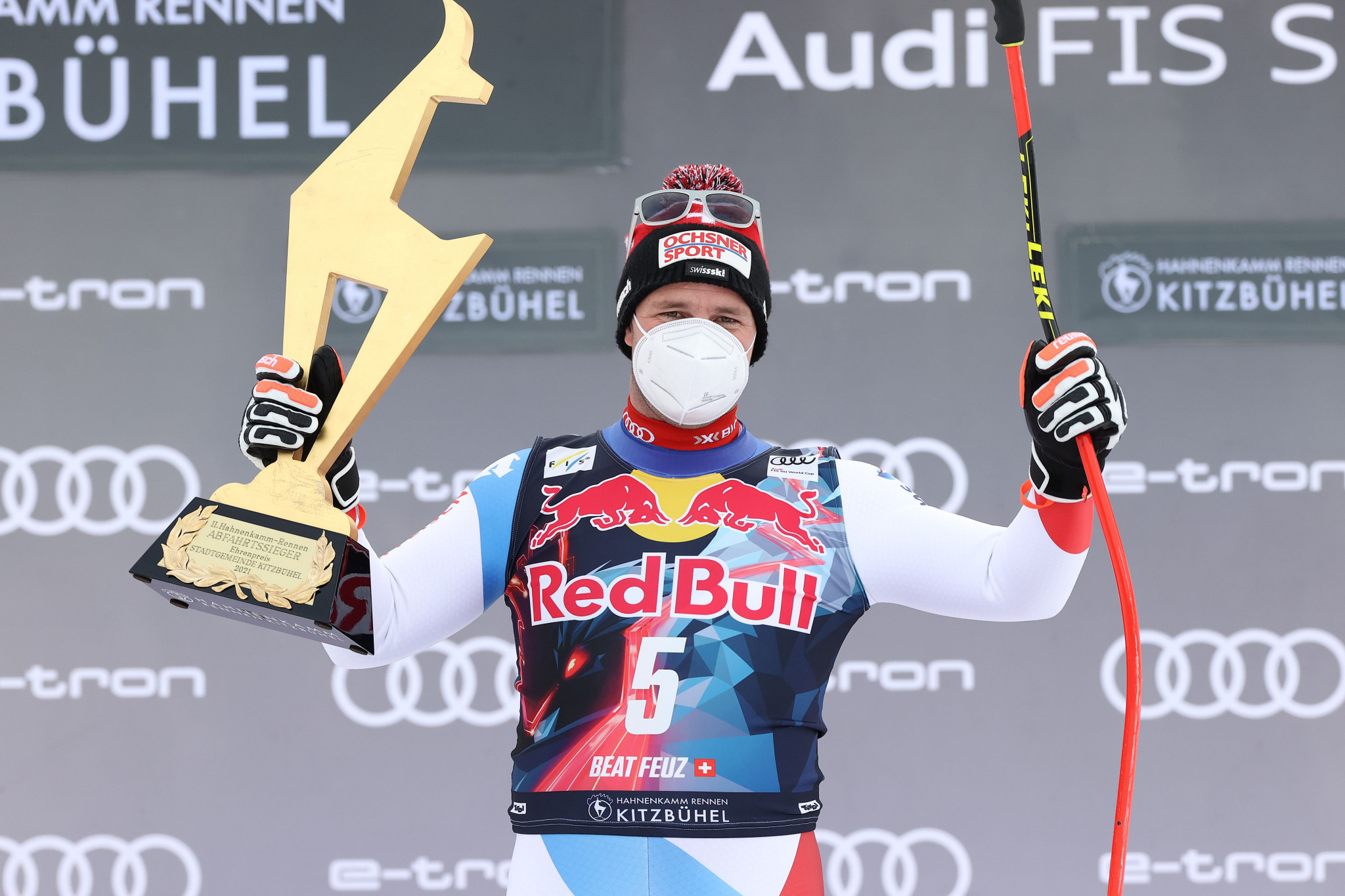 After finishing in second place on four previous occasions, Feuz was finally able to taste victory in the Austrian resort and did it in blistering style.

The Swiss skier produced a stunning run of 1min 53.77sec - the quickest time since compatriot Didier Cuche broke the 1:54.00 barrier in 2010.

Austrian Matthias Mayer finished in an impressive time of 1:53.93 to clinch silver ahead of Italy’s Dominik Paris who clocked 1:54.33.

But the race was marred by two big crashes which resulted in long delays.

Feuz's team mate Urs Kryenbühl had to be airlifted to hospital after landing awkwardly following his final jump.

Ryan Cochran-Siegle of the United States also sustained a neck fracture after crashing into netting.

"It was a difficult race but of course it is a great joy for me, at Kitzbühel," Feuz said after his victory.

"Everyone on the podium skied very well today."

Feuz moves up to second in the downhill standings on 226 points, with Mayer leading the way on 238.

Alexis Pinturault of France is still the overall World Cup leader on 778 ahead of the injured Aleksander Aamodt Kilde of Norway on 560 and Marco Odermatt of Switzerland on 501.

Competition continues tomorrow with a second downhill contest before athletes tackle a Super-G event on January 24.