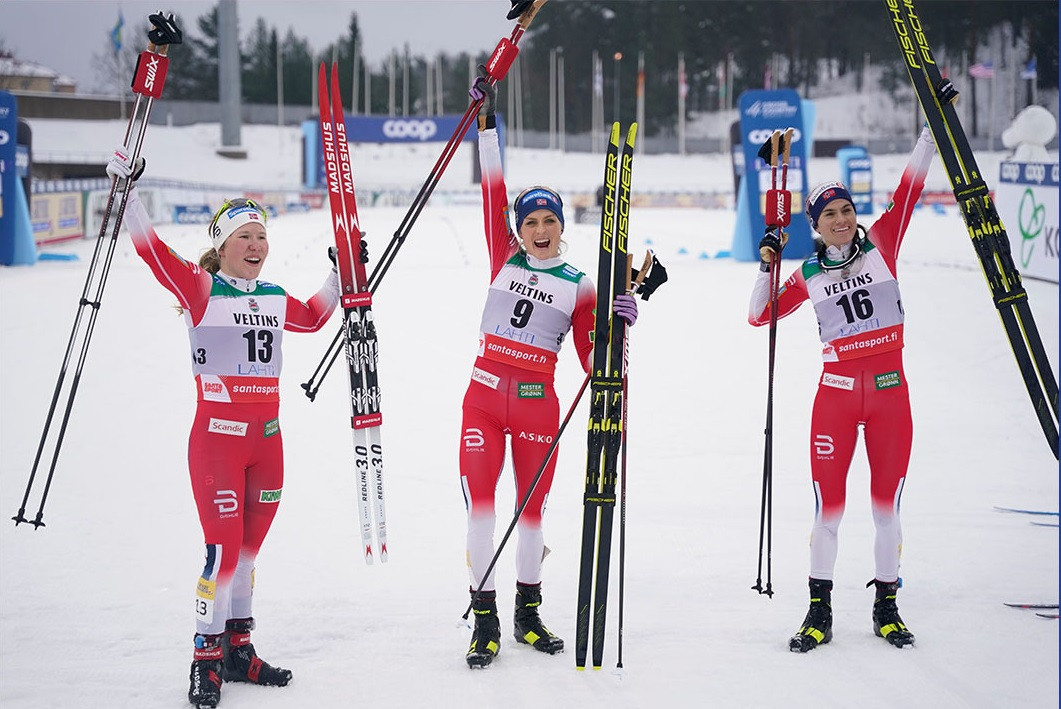 The Norwegian team won all six International Ski Federation Cross-Country World Cup medals on offer in Lahti as they dominated the skiathlon races.

Therese Johaug led a Norwegian one-two-three in the women’s 15-kilometre race as she won in a time of 37min 45.1sec in the Finnish city.

It was the three-time Olympic medallist’s third win of the season and first since back-to-back triumphs in Ruka in Finland in late November.

Norway's skiers have missed much of the world Cup action since due to coronavirus concerns.

Andersson missed out on a medal by just one thousandth of a second, while World Cup leader Jessie Diggins of the United States came fifth in 38:15.2.

It proved to be Norway’s day in Lahti as five of their athletes then finished in the top six of the men’s 30km skiathlon.

Emil Iversen was the best of the lot as he came home in 1:10:18.4 to win his first World Cup race since triumphing in Trondheim in Norway 11 months ago.

Sjur Røthe pushed Iversen all the way but had to settle for silver in 1:10:18.8 before Pål Golberg completed an all-Norwegian podium by finishing in 1:10.25.0.

Bolshunov leads the way on 1,391 points ahead of compatriot Ivan Yakimushkin on 660 and Frenchman Maurice Manificat on 588.

Diggins sits at the top of the women’s overall World Cup standings on 991 with fellow American Rosie Brennan in second on 824 and Russia’s Yulia Stupak in third on 802.