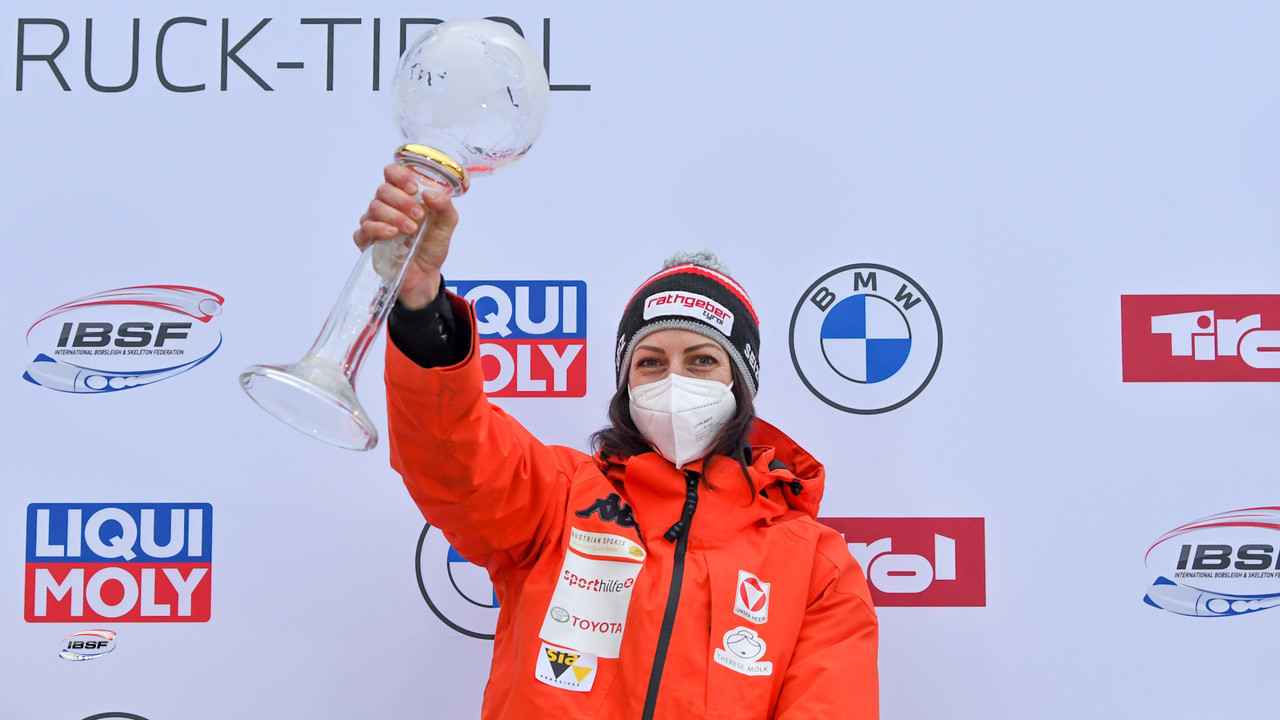 Elena Nikitina of Russia was the victor as the skeleton World Cup season concluded in the Austrian city, triumphing with a total time of 1 min 47.73 secs.

The Austrian was followed by Tina Hermann of Germany on 1515 and Bos on 1326.

It was Flock's second World Cup title, with the 31-year-old last winning in 2015.

Russia's European champion Alexander Tretiakov was the victor in his absence with a time of 1:45.59.

Britain's Craig Thompson celebrated his first ever World Cup podium finish after coming second in 1:45.82, while Samuel Maier of Austria was third in 1:45.86.

Dukurs led the overall standings with 1456 points, with his brother Tomass third on 1226.

Alexander Gassner of Germany achieved 1396 points to finish in between the two siblings.