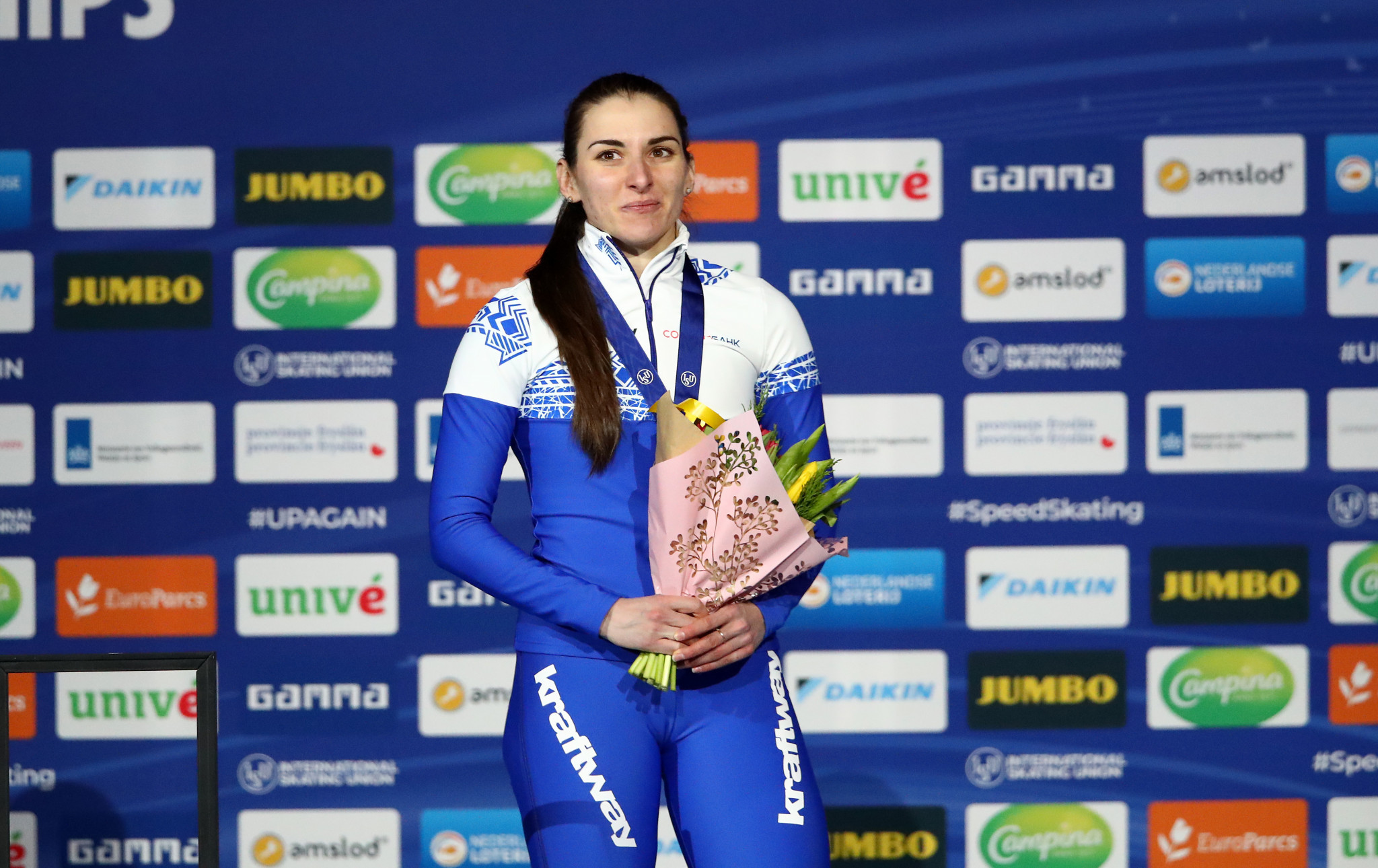 Golikova has become one of the first Russian athletes to triumph at the World Championships under their neutral status, following restrictions from the Court of Arbitration for Sport imposed in December following the country’s doping scandal.

Competing under the Russian Skating Union banner, Golikova secured a maiden world title in the women’s 500m event at the Thialf Arena.

The Netherlands’ Femke Kok finished 0.14 behind to win silver, with Russia Skating Union skater Olga Fatkulina winning bronze at 0.31 down.

An excerpt from Pyotr Tchaikovsky's Piano Concerto No. 1 was played at the medal ceremony instead of the Russian national anthem under the restrictions imposed.

The excerpt was not played in the men’s 500m medal ceremony, as Pavel Kulizhnikov fell short in his efforts to earn a fourth world title in the event.

Dai Dai Ntab of The Netherlands had been viewed as the Russian’s main rival, but it was Dubreuil who clinched gold.

The Canadian skater topped the podium after achieving a winning time of 34.398, 0.14 clear of Kulizhnikov.

Dai Ntab secured the bronze medal after finishing in 34.628.

The Netherlands were triumphant in the team pursuit events.

Antoinette de Jong, Irene Schouten and Ireen Wüst triumphed in the women’s event by achieving a time of 2min 55.795sec.

The men’s team pursuit saw Marcel Bosker, Patrick Roest and Beau Snellink emerge as the winners, achieving a time of 3:41.429.

Competition which is being held in Heerenveen in a bio-secure environment is due to continue tomorrow.

The Dutch city has been hosting speed skating events in recent weeks with full COVID-19 protocols in place.