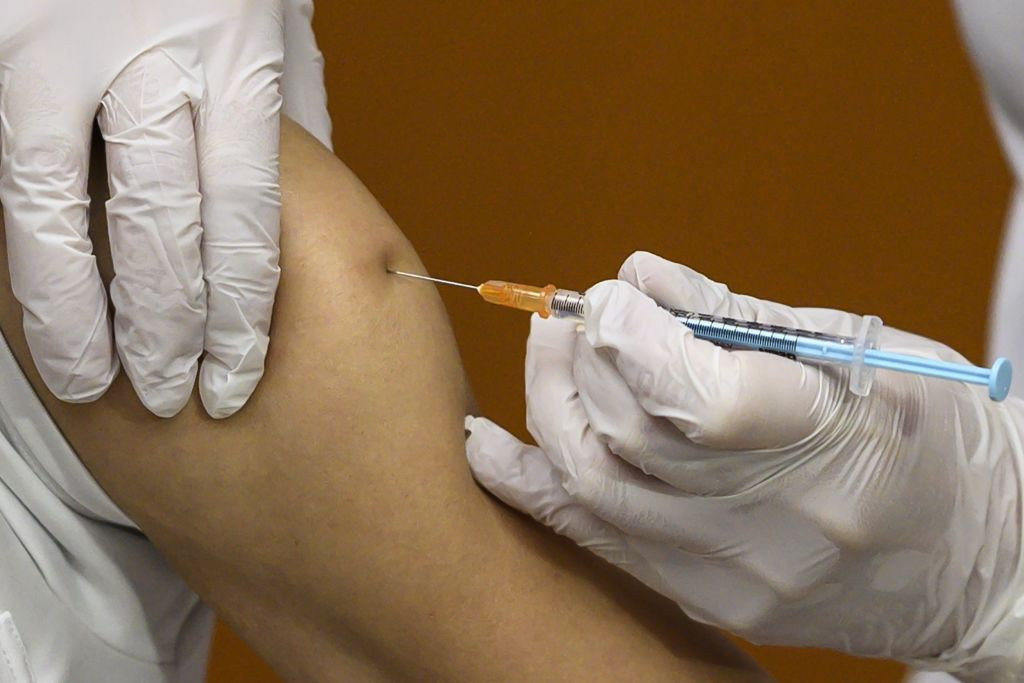 Japan has begun vaccinating healthcare workers against COVID-19 just over five months before the postponed Tokyo 2020 Olympic Games are due to open.

Japan is planning to initially vaccinate 40,000 healthcare workers before it begins wider distribution.

By the middle of March, around 3.7 million health workers are scheduled to start receiving their first jab, with people aged 65 and older in line to follow in April.

The next two priority groups include people with pre-existing conditions and those working in care homes, before the vaccine is offered to the rest of the population, although details of the Government's schedule have not been revealed.

Japan has been behind other countries in beginning the rollout of vaccinations for COVID-19 following a delay in trials.

The Japanese public is also thought to be sceptical regarding vaccines after mass rollouts to combat other diseases triggered adverse reactions among certain parts of the population.

The rollout of the vaccine will be an important boost for Japan's fight against the virus and could also help change the attitude of some Japanese residents towards the staging of this year’s Tokyo 2020 Olympic and Paralympic Games.

Public support for the Games, postponed to this year because of the coronavirus pandemic, has appeared to wane in recent months amid a surge in COVID-19 cases across the world.

Taro Kono, the Japan's minister overseeing vaccinations, conceded he had "no idea" how many people would be vaccinated in the country before the Tokyo 2020 Olympics open on July 23.

"I'm not really taking the Olympics into my consideration," he told Japanese media.

"I need to roll out the vaccine as I get the supply from Europe."

While the International Olympic Committee (IOC) and Tokyo 2020 have stressed vaccines will not be a "silver bullet" for the Games, their development has nonetheless boosted hopes of the event going ahead.

The IOC has repeatedly said it will not jump the queue ahead of those who need a vaccination most and has insisted it will not be mandatory for athletes to compete at the Games.

It has nevertheless encouraged National Olympic Committees (NOCs) to seek vaccinations for their athletes and is working with the World Health Organization to help those struggling to access them.

Athletes in some countries have already been vaccinated, while other NOCs have said they will wait for other priority groups before seeking vaccines for their competitors.