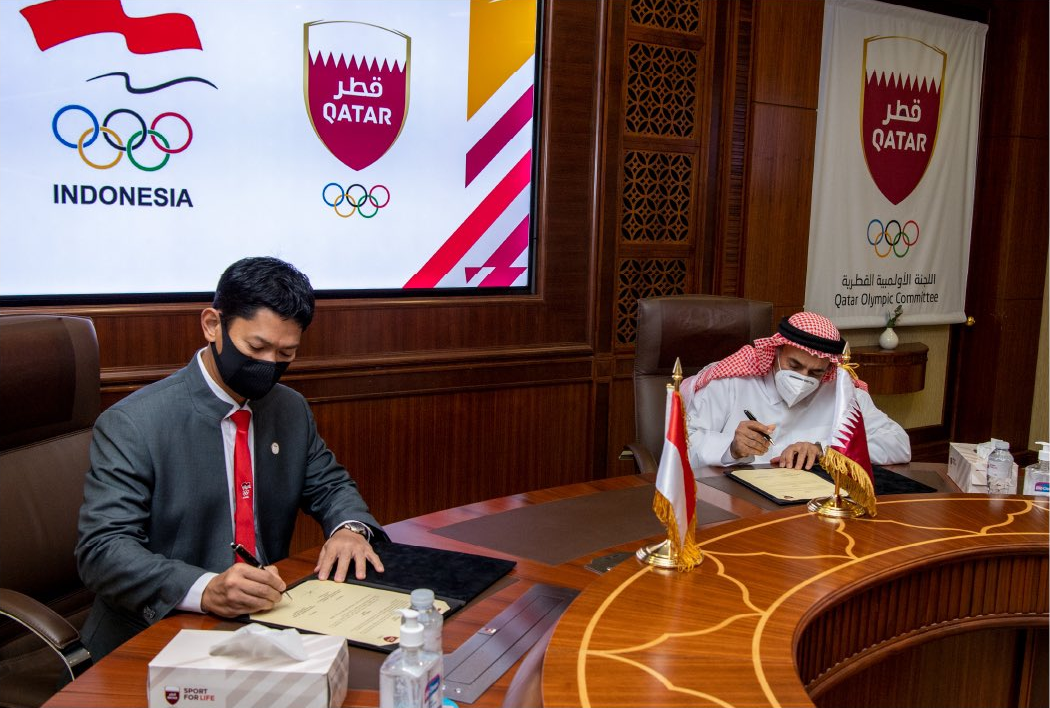 A Memorandum of Understanding (MoU) was signed on February 10.

The agreement reportedly covers the exchange of technical and administrative expertise.

The MoU will reportedly help boost the expertise across national associations and the National Olympic Committees in the two nations.

Both countries have announced plans in recent years to bid for future editions of the Olympic Games.

In November, Indonesian President Joko Widodo reportedly ordered his Cabinet to prepare a dedicated plan for the country's bid to host the 2032 Olympics in Jakarta.

The Qatar Olympic Committee (QOC) signed a Memorandum of Understanding with the Indonesian Olympic Committee on Wednesday to boast the sports cooperation between the two parties.
🤝🤝🤝 pic.twitter.com/PeKy6VknZo

The proposed bid follows on from Jakarta hosting the 2018 Asian Games with co-host Palembang.

Qatar has also announced its intention to bid for the Olympic and Paralympic Games, potentially as early as 2032.

The gulf nation is already set to host the 2030 Asian Games.

Doha was awarded the 2030 Asian Games at the Olympic Council of Asia (OCA) General Assembly in December.