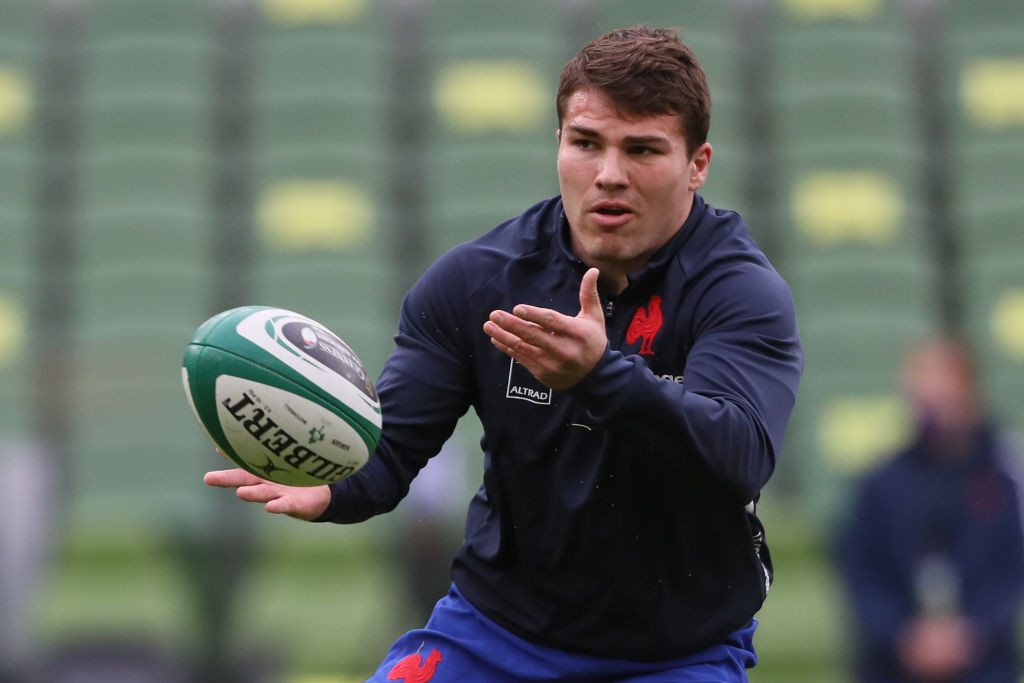 Scrum-half Antoine Dupont has become the latest member associated with the French rugby squad to test positive for COVID-19.

News of Dupont contracting the virus comes just over a week before France play Scotland in the Six Nations at Stade de France in Paris.

The French Rugby Federation has announced 11 other players have returned negative results.

All members of the 31-man squad have been tested, with the other results not yet known.

Dupont is the fourth member associated with the French squad to test positive.

French health minister Olivier Veran announced on Thursday (February 18) that anyone testing positive would need to remain out of contact with others for 10 days, up from seven.

A replacement for Toulouse’s Dupont, the Six Nations player of the year in 2020, has yet to be named, but France have recalled tight-head prop Demba Bamba following injury.

France are top of the Six Nations table with two wins from two and are aiming for a first title since 2010.