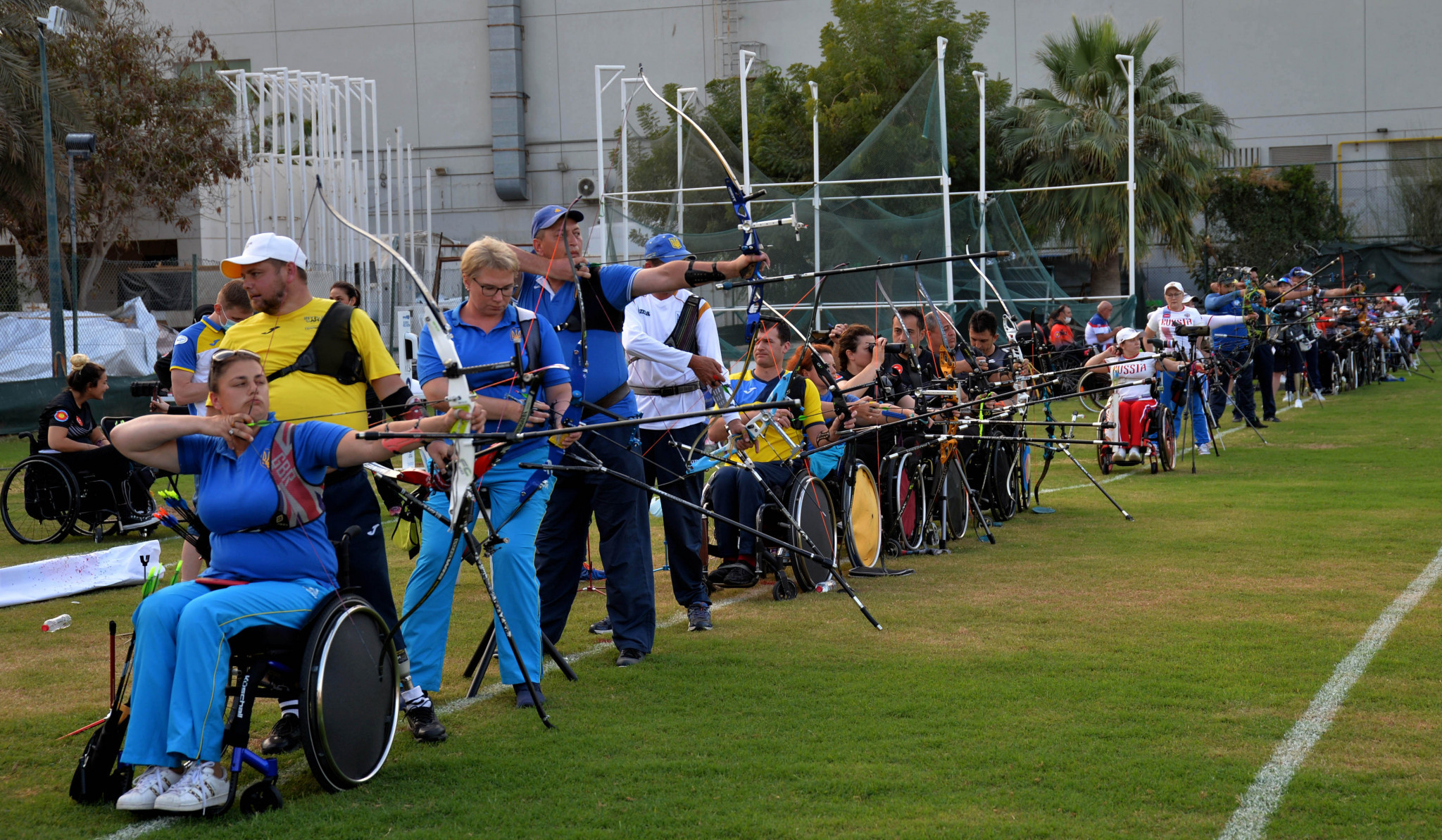 Para-archers are set to compete on the international stage for the first time in 12 months when Dubai plays host to the Fazza Para Archery World Ranking Tournament.

About 70 archers from 11 countries have travelled to the United Arab Emirates to compete in the event over the next four days.

The sixth edition of the Fazza Para Archery World Ranking Tournament, held in February 2020, was the last international competition to be held before the coronavirus pandemic caused sporting events across the world to be postponed or cancelled.

Turkey, who claimed seven medals last year, have sent a team of 14 players while the UAE will field seven including Mohammed Abdulla Ali Sayo Alshehhi.

"I am looking to get my personal best score here," he said.

"I will try my best.

"I have been competing in Fazza Championships for many years now."

Hybois Vincent, coach of the French team, which features four players, said: "We are very pleased to be here. It is the first time, after more than a year, that we can be together, we can compete, join other teams and once again be in the shooting line."

Recurve para archer Harvinder said the tournament presented an opportunity to review his game ahead of the rescheduled Tokyo 2020 Paralympic Games.

"I am confident that the team will return with good results," Harvinder added.

Thani Juma Berregad, chairman of the Dubai Club for People of Determination, said: "We are very happy that we had hosted a successful Para-athletics event last week which marked the beginning of the Fazza Championships for this year.

"We wanted to set a benchmark for the future competitions and I believe we managed to do it well.

"The health and safety of the participating teams are of top priority, so we are making sure that all the precautionary measures will be in place during the championships.

"I wish good luck to all the players."

The tournament is set to run until February 26 with the qualification rounds for recurve and compound open due to start tomorrow.

The Dubai Club for People of Determination has been chosen as the venue for the 2021 World Archery Para Championships which has been moved to 2022 because of the coronavirus pandemic.