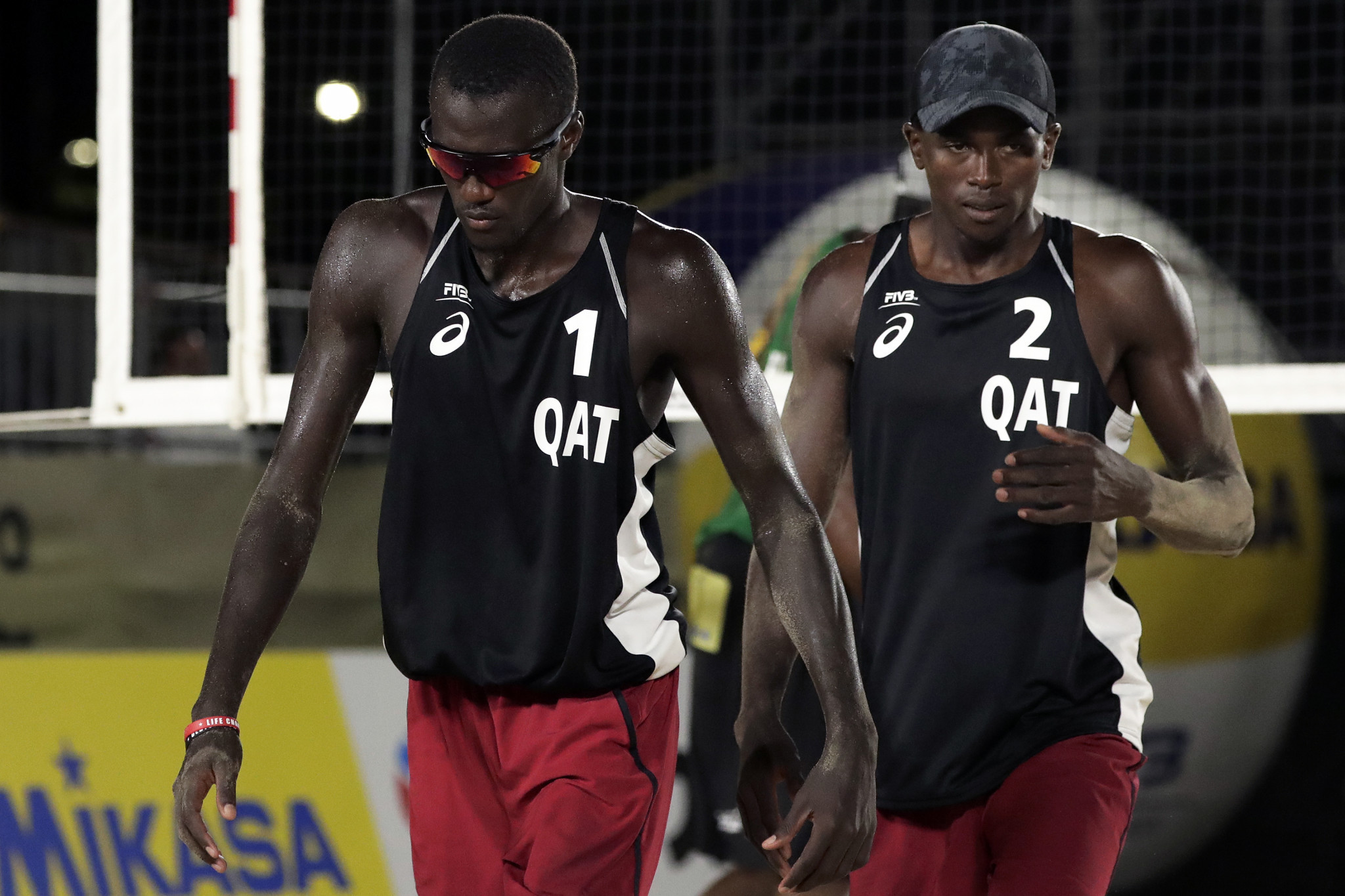 Home favourites Cherif Younousse Samba and Ahmed Tijan have made a strong start to the Doha Beach Volleyball Cup, the one-star competition that is getting the International Volleyball Federation Beach Volleyball World Tour underway in 2021.

The Qatari pairing - who have three World Tour medals, an Asian Games title, and are the highest-ranked pairing in the contest at 13 - earned a place in tomorrow’s quarter-finals after winning both of their opening matches in the main draw.

They achieved a 21-8, 21-11 result against Lebanese qualifiers Joe El Azzi and Salba Chafic and then beat Russia’s Alexey Gusev and Pavel Shustrov 21-14, 21-17.

Three other pairings have secured quarter-final places at the Al Gharrafa Beach Complex after winning both their opening matches.

The United States pairing of Travis Mewhirter and Adam Roberts had a hard-fought 21-19, 21-18 win over Poland’s Milosz Kruk and Mikolaj Miszczuk followed by another testing match against Gambia’s Sainey Jawo and Mbye Babou Jarra, which they came through 17-21, 27-25, 15-13.

Turkey’s Murat Giginoglu and Volkan Gogtepe also progressed after a 21-16, 21-13 win over Russian qualifiers Maksim Abramov and Artur Salmanov and an 18-21, 21-16, 15-7 win over compatriots Safa Urlu and Selcuk Sekerci.

The tournament - the first on the World Tour since August - continues tomorrow.