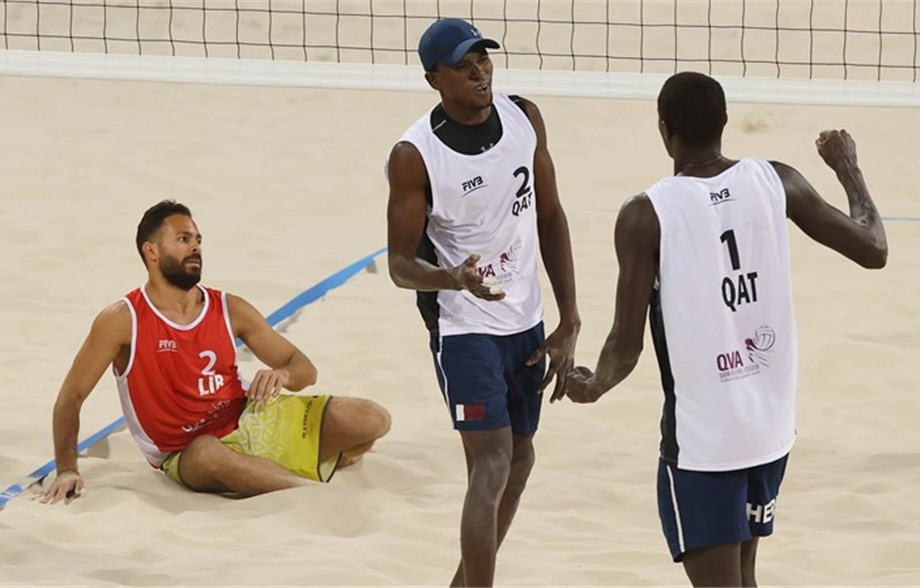 Home favourites Cherif Younousse Samba and Ahmed Tijan maintained their winning run at the Doha Beach Volleyball Cup as they earned a place in the semi-finals.

A 22-20, 21-13 win over Russians Daniil Kuvichka and Anton Kislytsyn earned the world’s 13th ranked pairing a place in the last four of the one-star competition that is getting the International Volleyball Federation Beach Volleyball World Tour underway in 2021.

Standing in the way of a final appearance for the Qatari pairing - who have three World Tour medals and an Asian Games title and are highest ranked in this tournament – are the Russian team of Alexey Gusev and Pavel Shustrov, who beat US pairing Travis Mewhirter and Adam Roberts 18-21, 21-15, 15-12 in their quarter final.

On the other side of the draw, Turkey’s Murat Giginoglu and Volkan Gogtepe progressed with a 21-15, 21-12 win over M Essam and Ziad of Qatar.

Their semi-final opponents will be Switzerland’s Quentin Metral and Yves Haussener, who beat another Turkish pairing, Safa Urlu and Selcuk Sekerci, 21-14, 21-17.

The tournament - the first on the World Tour since August - is scheduled to conclude on Saturday (February 27).