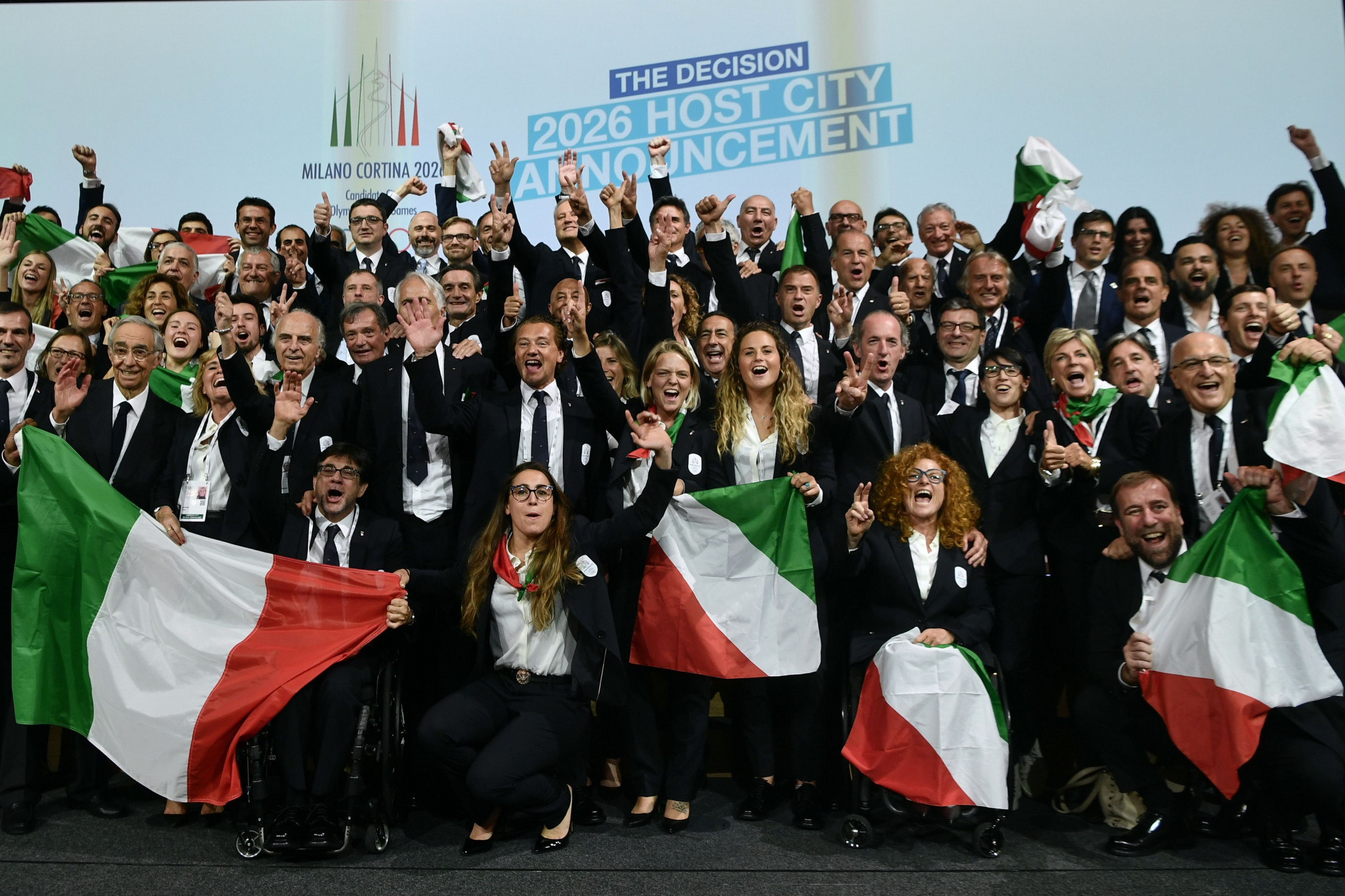 Milan Cortina 2026 has signed a Memorandum of Understanding with the Confcommercio of Veneto and Lombardy in a bid to boost business and tourism in the lead-up to the Winter Olympics and Paralympics in five years' time.

It is hoped thousands of local companies will be promoted thanks to the link-up, with a "long term" collaboration planned.

The deal brings together the two Games cities - with Milan the capital of Lombardy and Cortina d'Ampezzo located in Veneto.

It comes with many businesses in the regions struggling due to the impact of the coronavirus pandemic.

"The Italian Olympics and Paralympics will be a fundamental opportunity to relaunch the image of Italy and to promote the excellence of our trade and tourism throughout the world," said Milan Cortina 2026 chief executive Vincenzo Novari.

"The strategic partnership signed with the Confcommercio of Veneto and Lombardy represents for us and for thousands of companies a sign of optimism in a difficult period."

Carlo Sangalli, the President of Confcommercio Lombardia, added: "Our country and our businesses need signs of trust to start building a future beyond the pandemic again.

"The signing of the protocol to involve the entrepreneurial system of Lombardy and Veneto in view of the 2026 Winter Olympics goes exactly in this direction.

"As the winning experience of Expo 2015 demonstrates, major global events, if well managed, are a strong driving force for development that unfolds its positive effects already in the years preceding it.

"Obviously everything will depend on the evolution of the health emergency."

Milan Cortina won the 2026 hosting rights by defeating a Swedish bid from Stockholm Åre by 47 votes to 34 in June 2019.

It means the Winter Games are due to return to Italy for the first time since Turin 2006.

"The Veneto of small and medium-sized enterprises has a lot to give to the 2026 Games," said Patrizio Bertin, the President of Confcommercio Veneto.

"In Cortina d'Ampezzo the Alpine Ski World Championships have just ended, which in the current pandemic situation have become an example of resilience and the desire to restart.

"Now it's time to look to the Olympics already and our system makes itself available with its experience and professionalism.

"With this Memorandum of Understanding, we are teaming up so that the Foundation and the Venetian excellences enter into a collaboration agreement that will bring added value to the organisation of the international event."