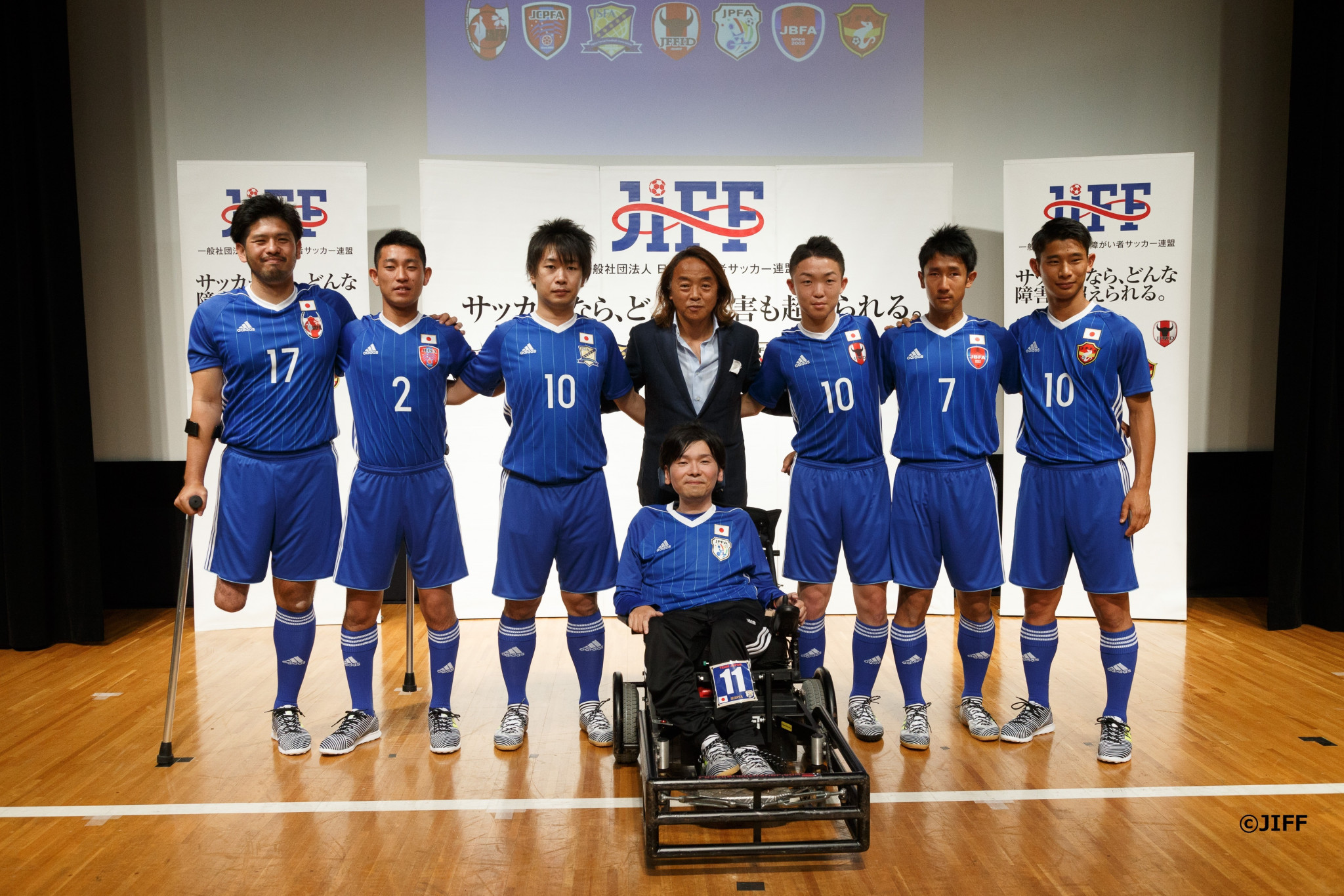 The JIFF has confirmed it will be working with Para Football, launched last December, in facilitating the growth of football for persons with disabilities throughout the world.

Registered as a foundation, Para Football works in partnership with International Federations and national football associations to develop inclusive opportunities at world, regional and national levels.

It is hoped the partnership with JIFF will showcase good practice for other nations developing the sport and encourage more countries to begin their Para Football programme.

"As Para Football we are working to bring together the different stakeholders of Para football to ensure every person with disabilities has a way to play football in the way they choose," said Turner.

"Japan are a fantastic advocate for inclusion and JIFF is a real role model of how to develop football for persons with disabilities by including them every step of the way."

"We are promoting the realisation of an inclusive society with everyone with or without disabilities through football," said JIFF President Tsuyoshi Kitazawa.

"We are pleased that our cooperation with Para Football will lead to the spread and development of international football for people with disabilities, not just in Japan."

Para Football was launched to mark the United Nations’ International Day of Persons with Disabilities.

The foundation stems from a working group established in 2015, which has sought to bring together International Federations for football for persons with disabilities into a network.

It is hoped the foundation will allow the organisations to work together, share resources and develop football for people with impairments.