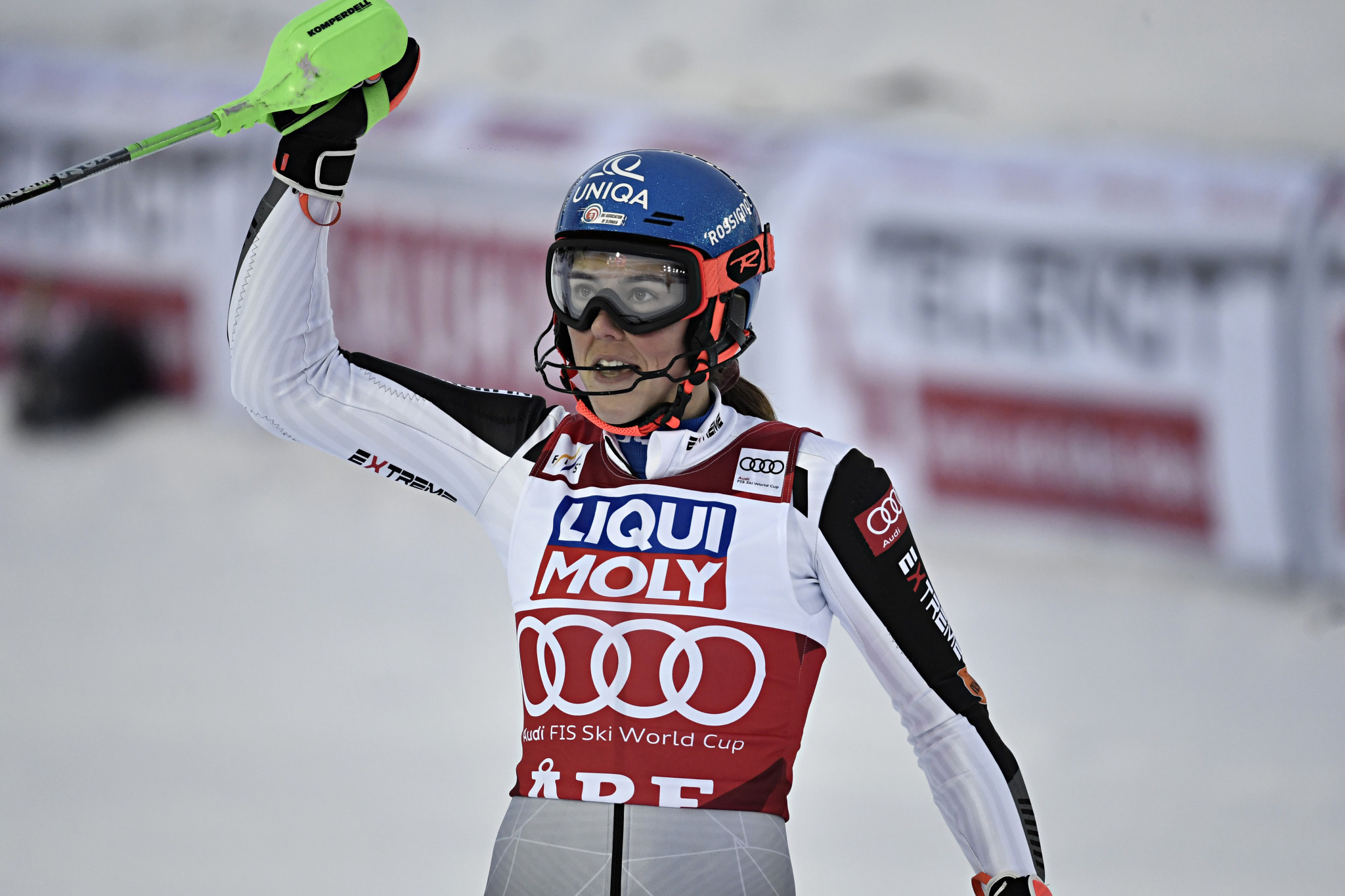 Petra Vlhová has taken the lead of the International Ski Federation Alpine Ski World Cup at the penultimate event of the season in Åre.

The Slovakian triumphed in today's slalom at the Swedish resort in 1min 45.16sec.

Katharina Liensberger of Austria was just behind her in 1:45.36, while American star Mikaela Shiffrin was third in 1:45.80.

The victory all but gave Vlhová the slalom crystal globe.

There are still two slalom races left in the season, including a race scheduled to take place tomorrow, but Vlhová is now unlikely to be surpassed in the standings.

Vlhová also took the lead in the overall World Cup standings with 1,320 points.

She surpassed Switzerland's Lara Gut-Behrami, who now trails by 64 points.

Another Swiss skier, Michelle Gisin, is third on 1,005.

The battle for the overall and slalom titles continues tomorrow.