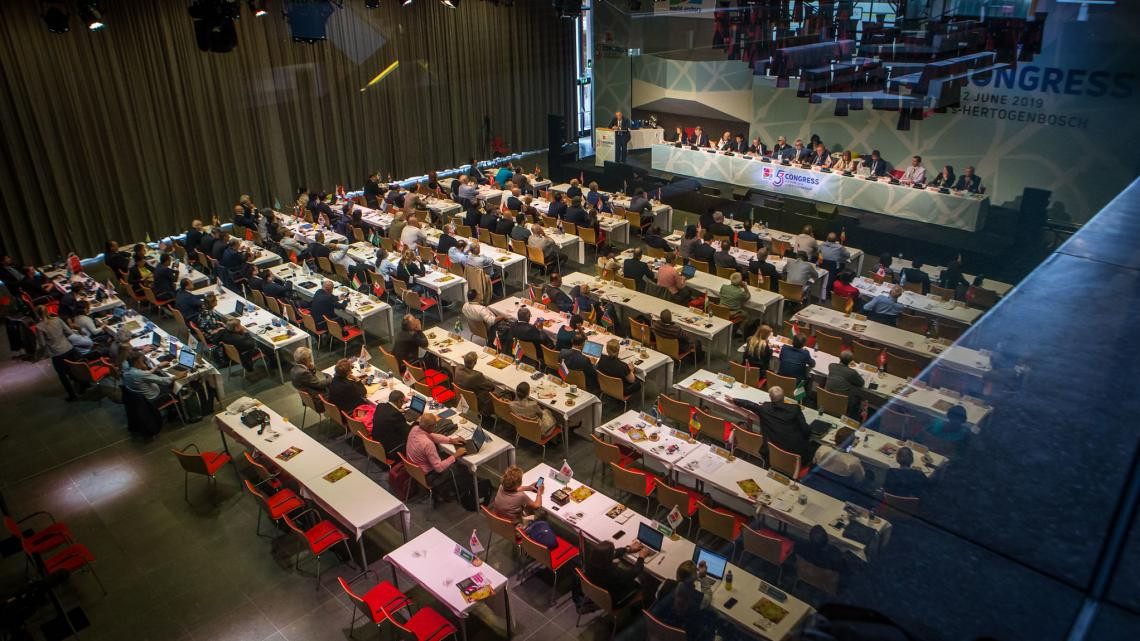 World Archery has published updated electoral procedures prior to the organisation’s 2021 Congress in Yankton later this year.

The governing body said governance reforms passed at the 2019 Congress saw an Electoral Board created.

The Electoral Board is responsible for supervising the administrative process relating to the election of officials, monitoring compliance with the relevant regulations, and ensuring the correct application of the regulations.

The Board are also responsible for issuing instructions and admitting candidates, determining whether they are eligible for election according to agreed rules.

Electoral procedures have been confirmed by World Archery ahead of the Congress, scheduled for September 17 and 18.

Member nations previously had only one vote but a motion passed at the 2019 Congress approved changes to allow extra votes for achieving different criteria.

Extra votes can be achieved by registering 12 or more events with World Archery during the last Olympiad, as well as participation in two Congresses during the cycle.

World Archery has published the vote summary, with a total of 27 Member Associations having the maximum total of four votes.

A total of 26 Member Associations will have three votes, while 35 will have two votes each.

The remaining 78 Member Associations will receive one vote.

The maximum number of votes at the Congress would be 334, although World Archery acknowledge the status of Member Associations could change before the meeting, as well as the registration of members.

World Archery said forms for proposing candidates for election and motions or proposals to Congress floor are also available, with a deadline for submission coming on April 20.

Elected officials will be able to serve a maximum of four full terms in the same committee or Board, except the Executive Board, and must have a minimum two-year break after two consecutive full terms.

The individual elected or appointed as the President, vice-president or a member of the Executive Board may serve a maximum of three full terms in the same position.

An outgoing officer can be a candidate for a different position.

World Archery say as part of a transitional procedure this term limitation will not be applied in the 2021 elections but will be in full effect in the 2023 elections.

"We are delighted to have implemented many of the positive changes to our governance that were passed in 2019 with the publishing of these documents for the upcoming Congress," said Tom Dielen, World Archery secretary general.

"The full set of role descriptions and transparent electoral procedures have also been approved by our new Electoral Board as we continue to strengthen the relevance and impact of officers serving across our committees.

"Much of this work has been made easier due to the excellent resources provided by the Association of Summer Olympic International Federations and its governance workgroup.

"We are looking forward to these significant steps reflecting in a further improved result in the next good governance review."

This year’s Congress will see elections of the World Archery President, two vice-presidents and three Executive Board members.

Positions on several committees will also be on offer, including constitution and rules, field and 3D archery, judges, coaches, technical, target archery, medical and sport science, and para-archery.

Three positions on the Finance and Audit Board will be decided, along with two places on the Board of Justice and Ethics.

Nominations must be sent to the World Archery secretary general by June 19.

A second round of nominations for positions without sufficient candidatures and validation of candidates by the Electoral Board will take place from June 25 to July 24.

An official list of candidates will be published on August 8, with the elections taking place on September 18.