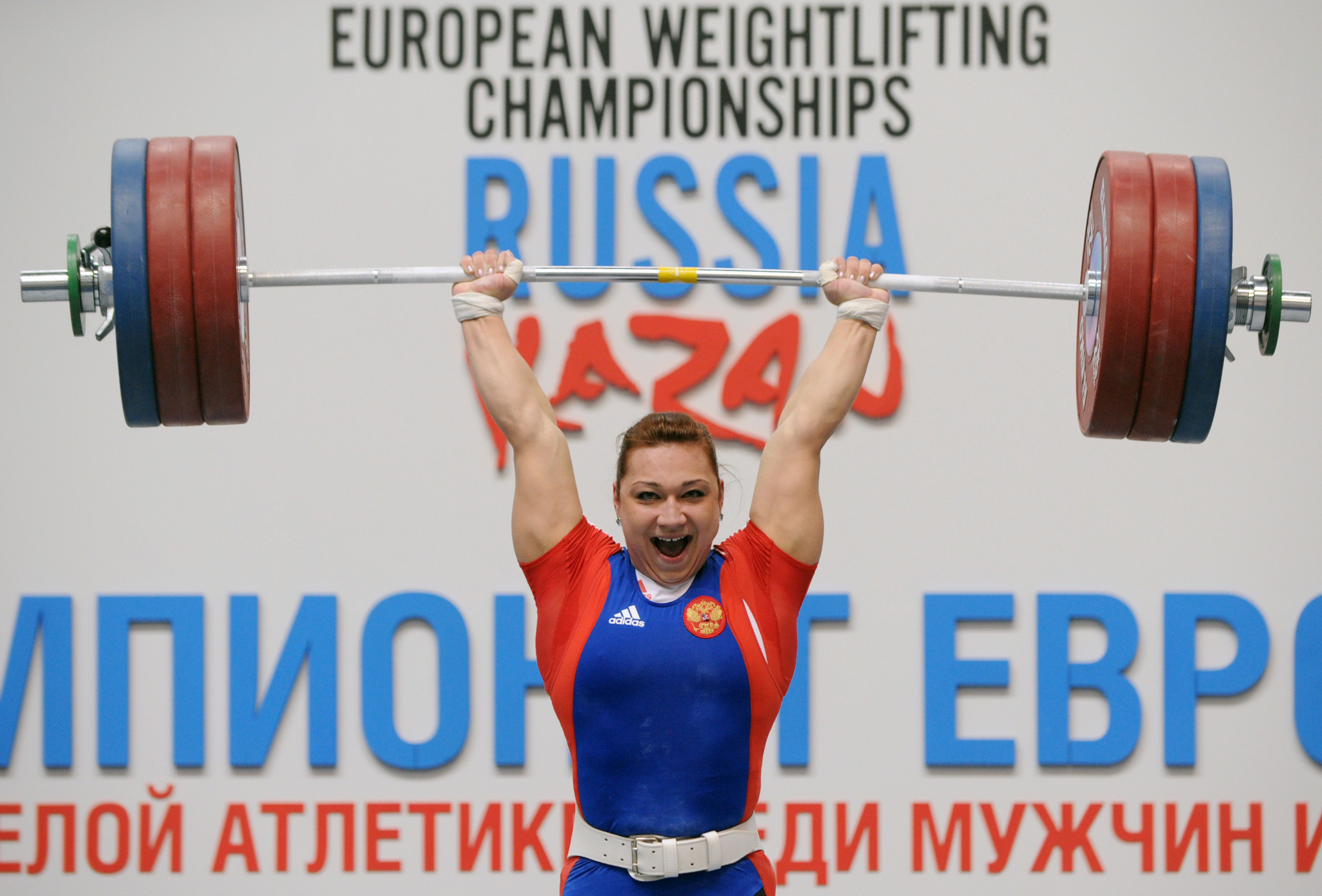 The International Weightlifting Federation (IWF) has released details of the suspensions handed down to three Russian weightlifters who were found to have committed doping violations when samples from 2015 were retested.

Nadezhda Evstiukhina, David Bedzhanyan and Oleg Chen all were found to have returned positive samples for a dehydrochlormethyltestosterone metabolite, the IWF said last June.

The substance is prohibited as it is an anabolic steroid.

Evstiukhina has now been banned for two years, with the sanction already over as it has been backdated to begin in 2018, and Chen and Bedzhanyan have been given four-year suspensions.

The now-retired Evstiukhina has not competed since 2015, but had won a bronze medal at the Beijing 2008 Olympics, only to be stripped of the medal after testing positive for steroids.

Bedzhanyan's four-year ban will end on December 12 this year, although he has not appeared at an international competition since 2017.

The sanctions for both Chen and Bedzhanyan were backdated to start in 2017.

The trio had all already been provisionally suspended under Article 2.2 of the IWF Anti-Doping Policy, which refers to doping violations based on evidence from witnesses or other investigations rather than a positive test, along with nine other Russians.

None of Evstiukhina, Chen and Bedzhanyan were in contention to qualify for the Tokyo 2020 Olympics.

Russia may send only one male and one female weightlifter to this year's Games because of the country's doping record in weightlifting - and they will compete under the "ROC" banner with Russia's name and flag banned under World Anti-Doping Agency sanctions.

When the positive tests were announced in June, Russian Weightlifting Federation President Maxim Agapitov said they related to samples from the Russian National Championships in 2015 and vowed to cooperate with any investigation.