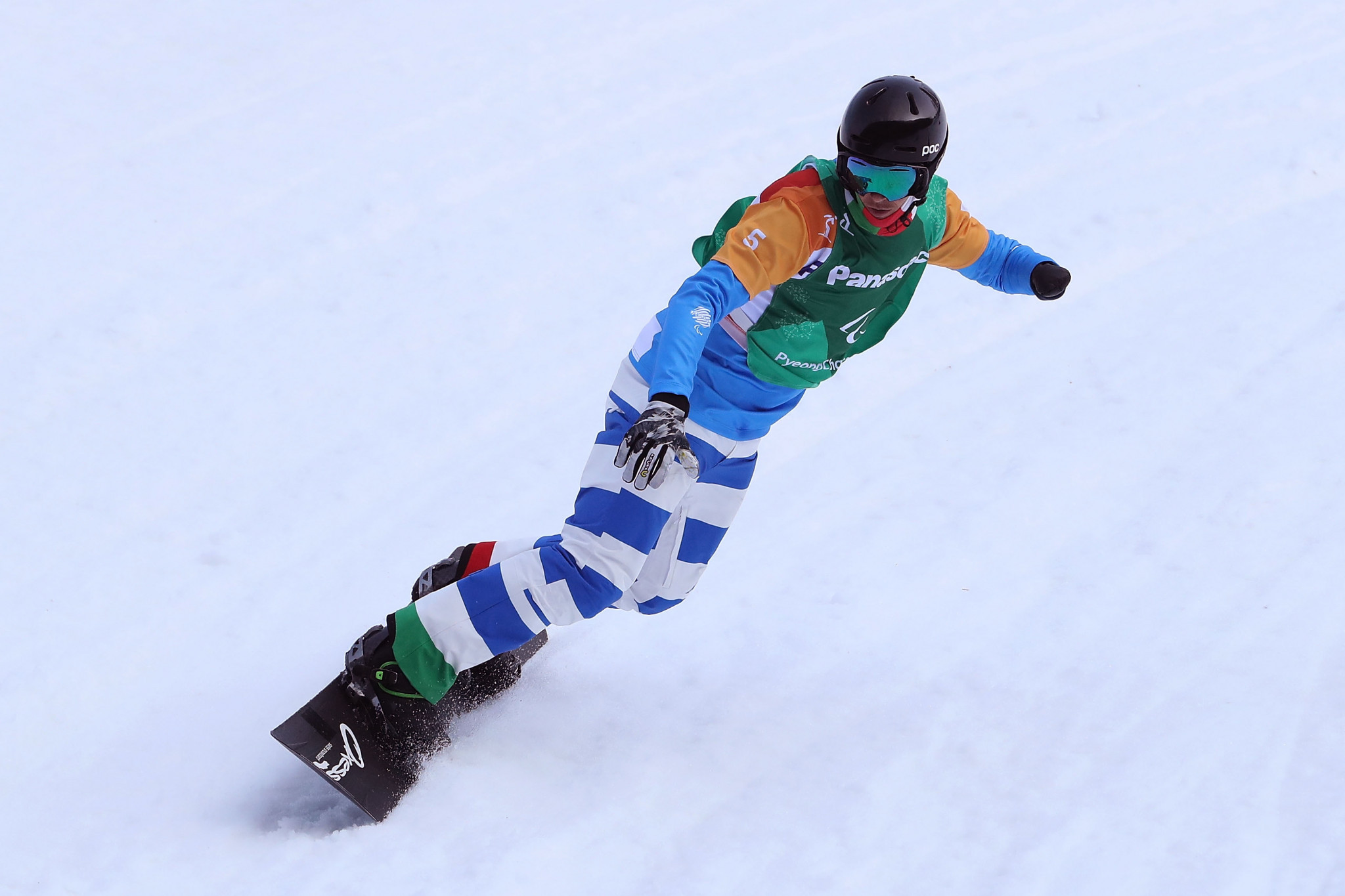 Italian Jacopo Luchini is determined to fight through the pain barrier to secure top spot at the World Para Snowboard World Cup Finals on home snow in Colere.

Luchini moved to the top of the rankings courtesy of back-to-back snowboard cross victories in Pyha in Finland last month.

His hopes of competing in the World Cup Finals were then in doubt when he injured his knee in early March.

But Luchini, who recently strapped into a snowboard for the first time in more than two weeks, is desperate to complete the job in Colere.

"I couldn’t snowboard because I had a lot of pain in my knee and the doctors told me, ‘It’s better if you don’t compete because you need more time for rest," Luchini said.

"It’s not a very good situation, but it’s a big chance for me to take a crystal globe again so I said, 'OK, it doesn’t matter what the doctors say. I will go and compete'.

"I’m happy because I have my World Cup Finals in Italy, in my country, so this is a pleasure for me and I’m first in the rankings for the moment so it’s a good chance for me to confirm my first place."

Luchini currently leads by 400 points in the men’s SB-UL class after winning both races in Pyha, but he has only had one day on snow since those races and that was the day he got injured.

Despite the challenges, the Italian is aiming to win his second snowboard cross title after capturing his first in the 2018-2019 season.

"Today was my first day on the snow after 20 days and it’s not easy," Luchini said.

"Step by step I want to reach my best form for the first race in the next three days and try to do my best."

Luchini is one of the leaders on a strong Italian team that arrived in Colere for the two days of racing, scheduled to take place tomorrow and April 2.

His teammates Paolo Priolo and Riccardo Cardani are also set to compete in the SB-UL races against top competition, including three-time world champion Maxime Montaggioni of France and Britain’s James Barnes-Miller, who is currently second in the rankings.

The Colere World Cup will also be an opportunity to shine for promising Italian newcomer Mirko Moro, who already impressed in February.

Coming in as a wildcard, the 18-year-old won the bronze medal in the second snowboard cross race and is now third overall.

Athletes from more than 10 countries signed up for the World Cup, eager to get more racing experience before the 2022 World Para Snow Sports Championships and the Beijing 2022 Paralympic Games.

Among the big storylines in Colere is the much-anticipated return of two-time Paralympic champion Brenna Huckaby.

The US SB-LL1 rider took more than a year off when she gave birth to her second daughter and only started competing again at a regional level in February.

Four-time world champion Chris Vos of the Netherlands and Paralympic medallist Bruno Bosnjak of Croatia are set to face off against United States’ Paralympic champions Noah Elliott and Mike Schultz in the men’s SB-LL1.

Fellow American Brittani Coury is taking on the dominant Dutch riders Lisa Bunschoten and Renske van Beek in the women’s SB-LL2, while her teammate Kiana Clay will challenge Spain’s Irati Idiakez Lopez in the SB-UL.