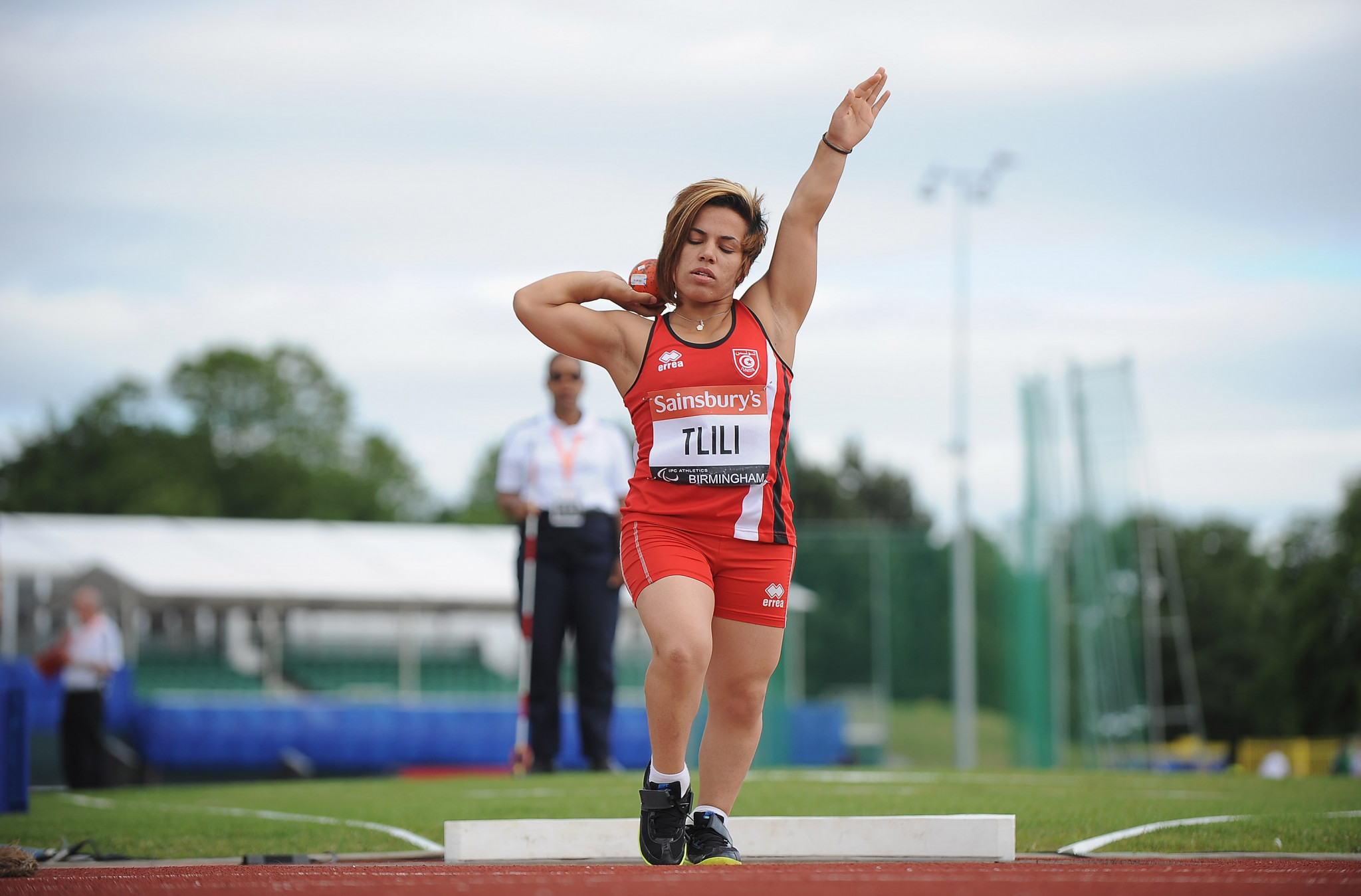 France’s Timothee Adolphe claimed his second gold medal in as many days at the World Para Athletics Grand Prix in Jesolo, Italy.

A day after an impressive win in the men’s 400 metres T11, Adolphe claimed his second gold of the meeting in the men’s 100m T11.

Adolphe claimed victory with a dominant display in a time of 11.51sec, with silver going to Omar Bojcic of Bosnia and Herzegovina in 13.42 and bronze going to Luca Aronica of Italy in 15.68.

Also earning a second gold in as many days at the meeting was Raoua Tlili of Tunisia who followed up yesterday’s win in the women’s discus throw F40-46 with victory in the women’s shot put F40-41/46.

Tlili claimed victory with a throw of 9.79 metres, with silver going to Rabia Cirit of Turkey with 8.14 and bronze to Estefany Gi Lopez Macas of Ecuador with 7.44.

World and European champion put on a dominant performance in Jesolo.

One of the host nation’s biggest hopes in the field was Paralympic medallist and European champion Oney Tapia who triumphed in the men’s shot put F11-12.

Tapia recorded a comfortable triumph with a winning throw of 13.20, with silver going to Petre Prundaru of Romania with 11.47, and bronze to another Italian in Fausto Morlacco with 10.75.

Meanwhile one of Italy's best hopes on the track was in the women’s 100m T63 in the shape of Ambra Sabatini, a 19-year-old who set a world record for the discipline in her first international competition in Dubai in February.

Sabatini took gold in 15.62, with compatriot Monica Graz Contrafatto claiming silver in 16.05 and bronze going to Desiree Bargiela Vila of Spain in 18.02.

Action at the Armando Picchi Stadium is taking place behind closed doors and with coronavirus countermeasures in place.