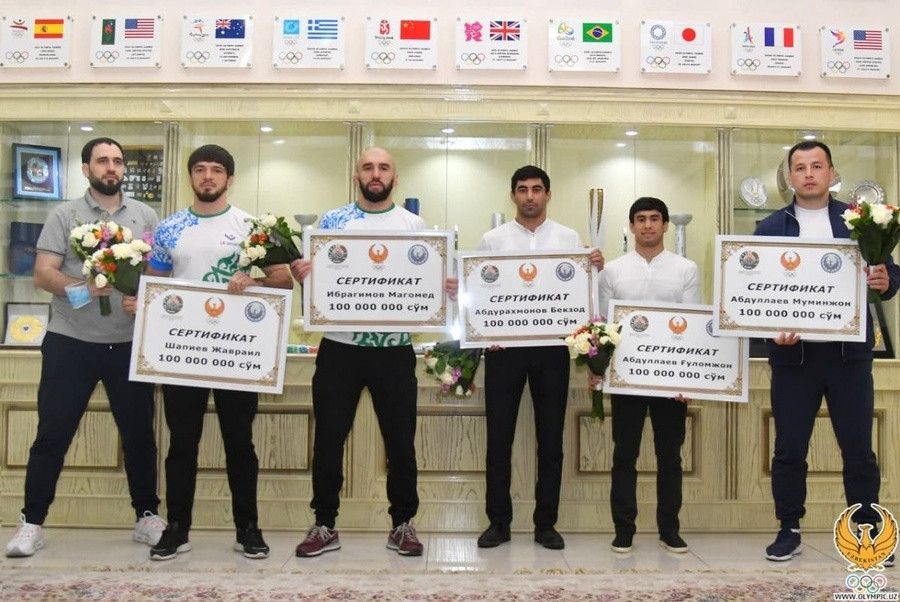 The National Olympic Committee of the Republic of Uzbekistan (UOC) has given five wrestlers who won quota places for the Tokyo 2020 Olympics a financial reward to celebrate the achievement.

The five booked their spots at Tokyo 2020 at the Asian qualificationtTournament in Almaty in Kazakhstan earlier this month.

"I sincerely congratulate of all of you on your success," Shaabdurakhmonov said.

"Behind this is your hard work.

"In addition, your victories will be an even greater motivation for our youth.

"They can see what they are aiming for.

"This is important in further strengthening the promotion of a healthy lifestyle by our Government."

Shomurod Shofayziyev, vice-president of the Wrestling Association of Uzbekistan, was also in attendance.

Shaabdurakhmonov aditonally discussed plans for the upcoming Olympics when meeting the athletes.

The nation only has a stronger record at the Games in boxing.