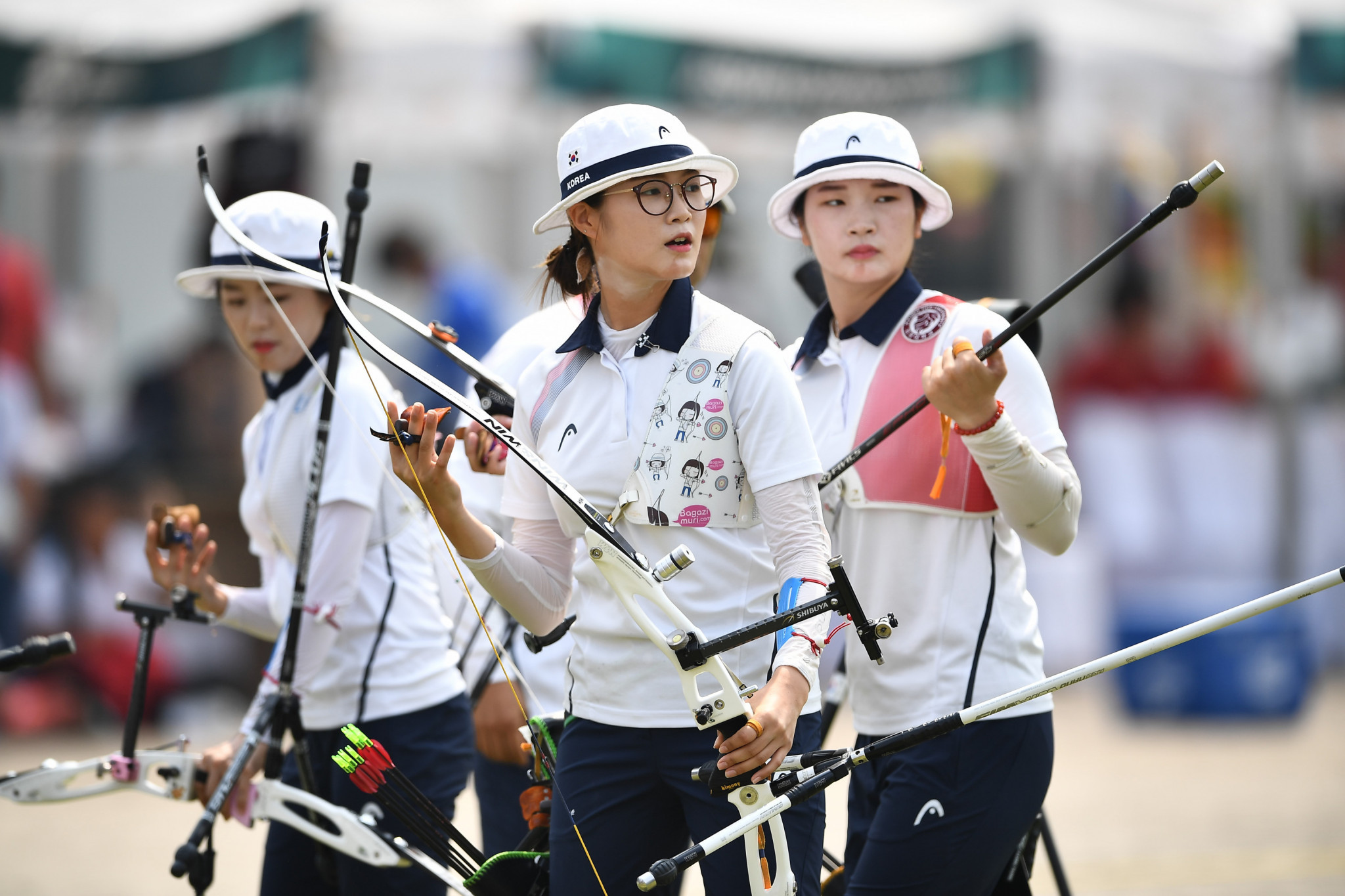 World Archery has confirmed the withdrawal of South Korea from three Archery World Cup events ahead of the Tokyo 2020 Olympics due to travel restrictions caused by the coronavirus pandemic.

Guatemala City is due to stage the opening leg of the World Cup, with competition from Tuesday (April 20) until April 25.

Lausanne in Switzerland and French capital Paris are then set to host the next two stages in May and June respectively, providing archers with vital preparation for Tokyo 2020.

But South Korea, archery’s leading nation, has announced it will not be competing in the World Cup tournaments.

South Korea’s head coach Park Chae-soon said the 14-day hotel quarantine in effect for travellers entering entering the country would also apply to any archers returning after a competition.

It was felt that two weeks without training would be determinantal to South Korea’s hopes of medal success at the Olympics, so they will skip the World Cup circuit.

"It would have been a good opportunity to strengthen our team for the upcoming Olympics."

South Korea’s trials for Tokyo 2020 are expected to be completed within the next few days.

The nation secured six Olympic quota places at the 2019 World Championships in 's-Hertogenbosch in The Netherlands, leaving selectors the job of picking the athletes to fill those spots.

World Archery said there was potential for a world-ranking event to take place in the South Korean city of Gwangju in June "if restrictions allow for it".

There is also a chance Kang could defend her title at the Archery World Cup Final, scheduled for September, as she will be offered an invitation to the event should she win Olympic gold.

No country has won more archery medals at the Olympics than South Korea, who have racked up 39 - 23 golds, nine silvers and seven bronzes.

Last month, World Archery confirmed the second leg of the Archery World Cup had been moved from Shanghai in China to Lausanne because of the coronavirus pandemic.