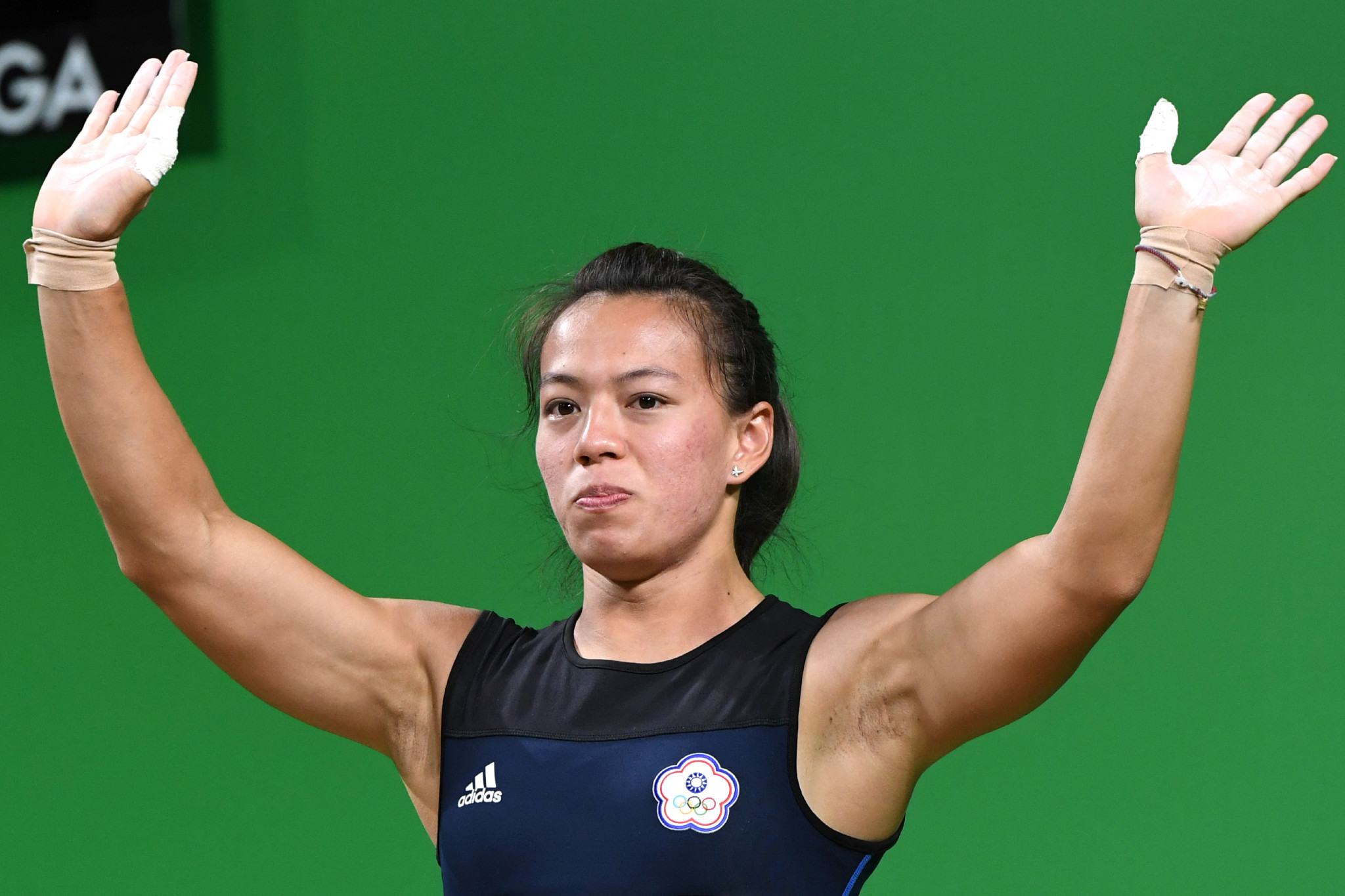 Kuo Hsing-Chun of Chinese Taipei broke two world records, and China had another 1-2 finish on day three of the Asian Weightlifting Championships in Tashkent in Uzbekistan.

Over at the Pan American Championships in Santo Domingo, the Dominican Republic capital, Francisco Mosquera of Colombia won the men’s 61kg, the first contest of the week at an Olympic weight.

Mosquera, a multiple Pan American champion, did not need his final snatch or clean and jerk as he made 124-160-280 to finish ahead of two Cubans, Otto Onate on 276kg and Arley Calderon on 274kg.

Both continental events were postponed from last year because of COVID-19, and both are "gold" qualifiers for the delayed Tokyo 2020 Olumpic Games.

Kuo, 27, broke the women’s 59 kilograms snatch world record, previously held by North Korea’s Choe Hyo-sim, by 3kg, and her own world record on total by 1kg.

The Olympic gold medal favourite and multiple world champion just about made her final attempt for 110-137-247.

She finished 20kg clear of china’s Luo Xiaomin, with Hoang Thi Duyen of Vietnam third, a further 11kg behind.

Japan's Mikiko Andoh made all three clean and jerks but it was not enough to make up for a poor effort in the snatch, in which she made only one of her attempts.

Andoh’s 85kg snatch and her total of 209kg were her worst numbers in qualifying for Tokyo, but she is still expected to be one of the Olympic host nation’s better hopes.

The men’s 67kg featured some impressive lifting by the Chinese pair Chen Lijun and Huang Minhao, both of whom hold world records at this weight, and a bizarre refereeing decision.

Adkhamjon Ergashev, one of the top Olympic contenders from the host nation Uzbekistan, looked downcast after his first attempt in the snatch, at 140kg.

His left arm was bent from start to finish, the barbell was lopsided and when he dropped it, Ergashev looked crestfallen as he walked off the platform.

Unbelievably, though, two of the referees deemed it a "good lift".

The jury soon overturned the inexplicable decision, and Ergashev, twice a junior world champion, failed with his next attempt too.

His third snatch looked far from convincing but he got three white lights and recovered well in the clean and jerk, making all three attempts for 140-176-316, which left him in third place.

Huang’s 155kg equalled his own snatch world record but he was beaten into second place when Chen made 180kg in the clean and jerk for a total of 333kg, 6kg below his world best on total.

Four of the first five events at Olympic weights have been won by Chinese lifters and they should make it six from seven tomorrow through Deng Wei in the women’s 64kg and Shi Zhiyong in the men’s 73kg.

Both of them are Olympic champions and multiple world record holders.