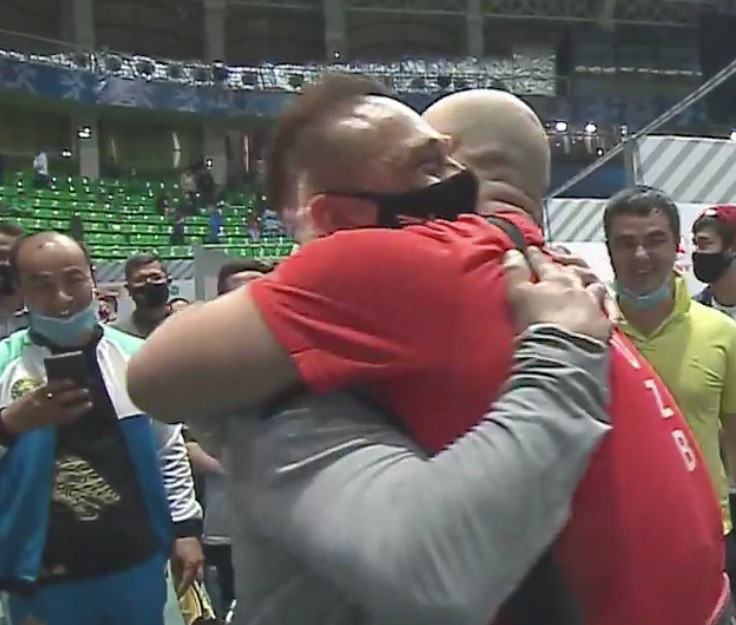 Two athletes set world records and a young Iranian had a memorable victory on the penultimate day of the Asian Weightlifting Championships in Tashkent, but none of the three is likely to be at the Tokyo 2020 Olympic Games this year.

Two are ineligible and the third, China’s Yang Zhe, is not one of the strongest gold medal chances in the team and is unlikely to be selected.

Yang broke the 109 kilograms snatch world record with 200kg, and could then only watch as Uzbekistan’s most popular weightlifter, Ruslan Nurudinov, and his young teammate Akbar Djuraev left him behind in the clean and jerk.

Djuraev, the multiple junior world record holder, went head-to-head with the Olympic champion Nurudinov, who was returning after a two-year doping suspension.

Nurudinov, who won the old 105kg category at Rio 2016, was disqualified from his silver medal at London 2012 when he came up positive in the retesting of stored samples.

His suspension ran from December 2018, just after qualifying began for Tokyo 2020, and ended four months ago.

Nurudinov needed to surpass Simon Martirosyan's 240kg clean and jerk world record to overtake Djuraev and looked hugely impressed when he made it, his final effort leaving him on 188-241-429.

Among the many back-slappers who congratulated Nurudinov afterwards was his great friend Ilya Ilyin, the Kazakhstan lifter who lost two Olympic golds for doping.

Ilyin, now retired, saw another impressive performance from a young Kazakhstan lifter in the 102kg when the 96kg Asian junior champion Artyom Antropov improved his career best total by 25kg to finish third.

Motamedi, 22, has not lifted since the 2018 IWF World Juniors, where he was fourth, and does not feature on the Tokyo 2020 qualifying lists.

Meso Hassona, who is among the favourites for Olympic gold at 96kg, moved up to the non-Olympic category and made only two good lifts, finishing second with 174-222-396.

He is already assured of a place in Tokyo at 96kg, which is building up to be the most exciting weight category among the men’s events.

Wang’s numbers were better across the board than the super-heavyweight winner at the concurrent Pan American Championships in Santo Domingo, Dominican Republic.

The American favourite Sarah Robles won with 125-155-280 to remain in strong contention for Tokyo where the hot favourite will be Li Wenwen, who competes in the Asian super-heavyweights tomorrow.

Fernando Reis of Brazil, who won his first continental title 10 years ago, won the men’s super-heavyweights with 190-235-425, finishing 37kg clear of Caine Wilkes of the United States.

Colombia topped the men's standings and USA the women's, with both nations having seven champions during the week.