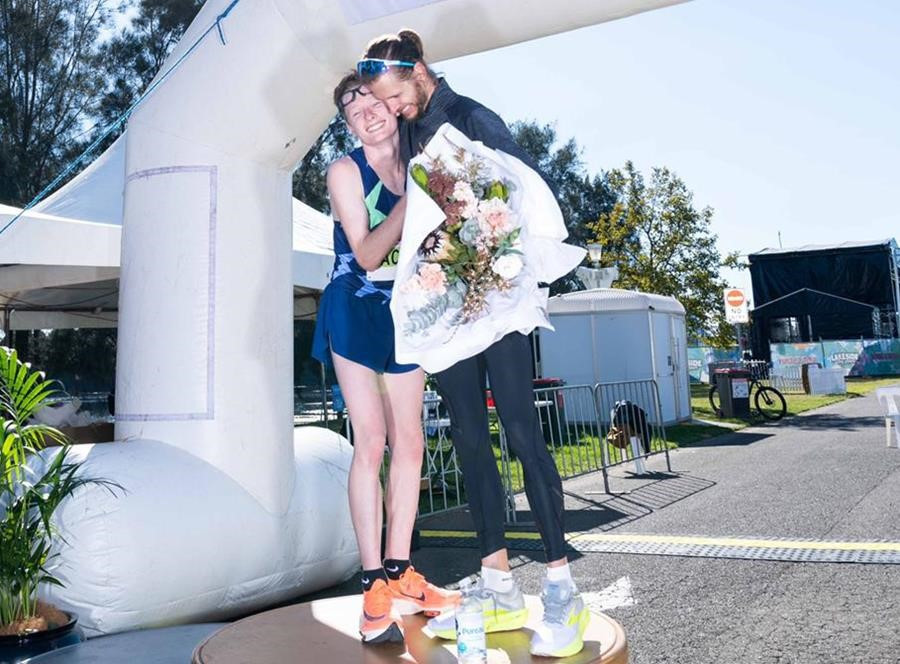 Australian runners Michael Roeger and Jaryd Clifford have both broken marathon world records to give themselves big boosts for this year’s rearranged Paralympic Games in Tokyo.

"I’m really happy with that," Roeger, who is missing the lower half of his right arm said.

"I got a 40 second PB (personal best) and world record and that gives me a lot of confidence leading into the Paralympics in August and September this year.

"Hopefully, I’ll stand on top of the podium and sing the national anthem proudly."

The 32-year-old Roeger had won a Paralympic Games bronze medal in the 1500 metres at Rio 2016 but will be the favourite in the marathon at Tokyo 2020.

The feat is just one among a flurry of strong performances from Roeger this year, after he broke the 5,000m T46 world record at the Sydney Track Classic last month.

In contrast to Roeger, Clifford’s world record of 2:19:08 in the T12 class for vision impaired athletes was as much a surprise to him as it was to the spectators at Sydney International Regatta Centre.

Hitting the road as a pacemaker for Roeger, the 21-year-old Clifford had no intention to finish the course but mustered up the strength and energy to match the pace of his training partner and finish his maiden marathon.

The result is almost two-and-a-half minutes faster than the previous world record set by El Amin Chentouf of Morocco in 2015.

"I came out here and just wanted to get Roegs as far as possible," Clifford said.

"I think he asked me at 15km how many laps I had left in me, and I think I said I had two.

"Then I had one more, and then another.

"I feel a bit silly upon reflection, but I think psychologically all I was doing throughout the race was focus on Roegs who is going for the gold medal at the Paralympics in Tokyo."

Although his performance was significantly faster than the Paralympic qualification standard for the T12 marathon in Tokyo, Clifford will still focus his efforts on the track to win Paralympic gold medals in the 1500m and 5,000m T12 events - the same events he won at the 2019 World Para Athletics Championships in Dubai.

Philo Saunders, who coaches both Roeger and Clifford and who also ran as a pacemaker for Roeger, said he was thrilled to see both athletes reap the rewards of their hard work over the past year since the Tokyo Games were postponed.

"Being part of today has been amazing," he said.

Being out there with them, they are some of the best moments of my running career.

"Knowing how hard they work and seeing them succeed, it’s just enjoyable."