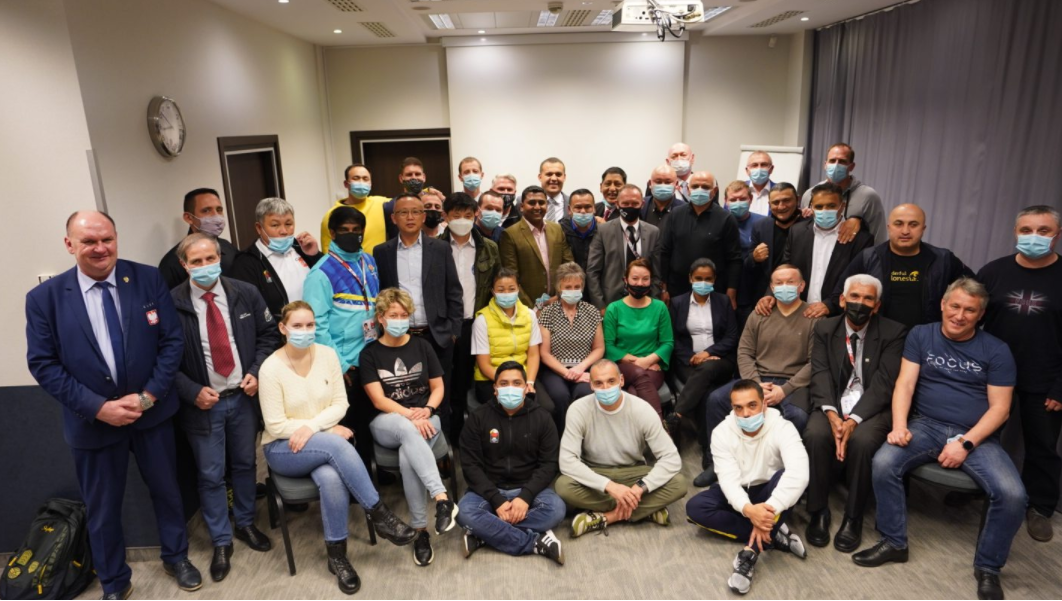 The Russian made the claim after meeting with officials who worked at the Youth World Boxing Championships in Kielce in Poland this month.

Judging controversies was one of the reasons highlighted by the International Olympic Committee when it stripped AIBA of its Olympic status in June 2019.

All 36 of boxing's referees and judges at Rio 2016 were suspended following suspicious results, including Russian Evgeny Tishchenko's unanimous win over Kazakhstan's Vasily Levit in the men's heavyweight final.

Irish bantamweight Michael Conlan said he had been "robbed of his Olympic dream" after losing a unanimous verdict to Vladimir Nikitin despite dominating against the Russian and causing a wound under his left eye.

A fresh investigation into the Rio judging scandal was launched by AIBA this month, with the boxing tournament in Brazil now generally viewed as being corrupt.

AIBA's Referees and Judges Committee will develop the special criteria for selecting judges, Kremlev said, although he did not elaborate as he claimed the Board of Directors would not interfere with its work.

"Think about boxers, as they are the most important people in our sport," said Kremlev.

"Honest judging is the main principle for us in AIBA.

"Let's cooperate as one big boxing family for a better tomorrow.

"The best boxers should win.

"Boxing is the world's greatest sport, let's develop it together.

"AIBA should not have any outside influence.

AIBA has already made changes to its rules following the Rio 2016 controversies, with a computer system now randomly selecting judges for bouts.