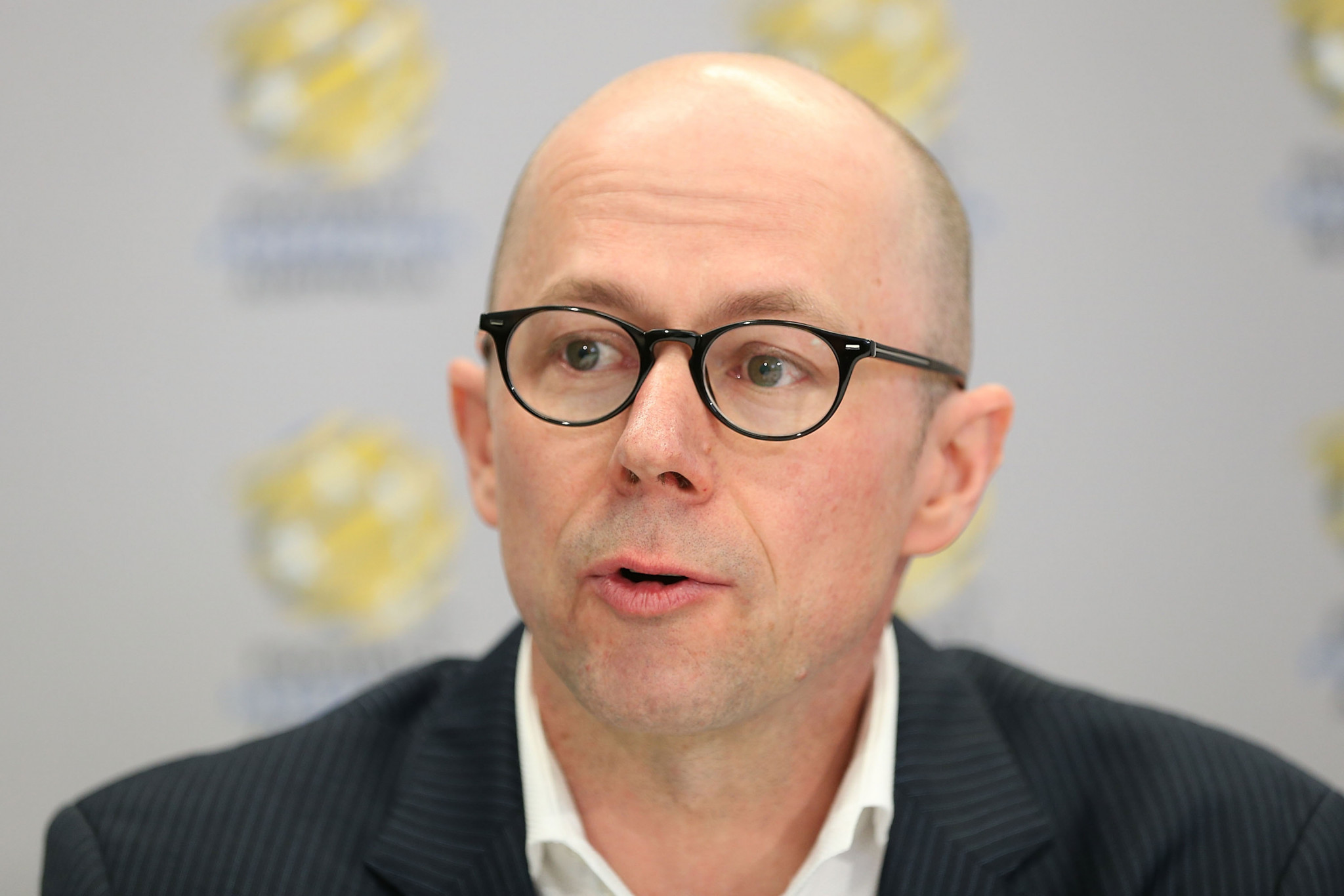 On the advice of the International Olympic Committee's (IOC) Athletes' Commission, the IOC Executive Board last week resolved to continue to censor athletes who participate in peaceful protest at the Olympic Games, especially in the most powerful spaces of the podium and the arena. Patronisingly, the censorship is now coupled with scripting, with the IOC endorsing the use of the words, "peace, respect, solidarity, inclusion and equality."

In the words of Bernice King, chief executive of the Martin Luther King Center for Nonviolent Social Change, "Inclusion does not = equity. Diversity does not = justice. Tolerance does not = love. Silence does not = peace."

Pointedly, the Athletes' Commission - chaired by Zimbabwean Sports Minister Kirsty Coventry - referred the question of sanctions to the IOC’s own Legal Affairs Commission, effectively washing its hands of the consequences of its decision. This opens the door for the powerful body chaired by John Coates - an IOC vice-president and President of the International Council of Arbitration and Sport - the governing body of the Court of Arbitration for Sport - to authorise the stripping of Olympic medals and bans on athletes who stand up for human rights and social justice.

Michele Roberts, the Executive Director of the National Basketball Players Association (NBPA) and a vice-president of the World Players Association, said: "Our players have, without hesitation or apology, expressed their individual and collective commitment to securing justice for all in their communities - both domestically and globally. While we regret the IOC’s decision to sanction those who choose to display their support for human rights, it will not deter our resolve or silence our voices."

The decision of the IOC’s Athletes' Commission brazenly ignores the courageous acts of athlete activists both today and in the history of the Olympic Movement. Athletes are playing leadership roles in some of the key social movements of our time - including #MeToo and #BlackLivesMatter - where athletes have been central to promoting positive societal change and justice in and through sport.

Inclusion does not = equity.

Diversity does not = justice.

Tolerance does not = love.

Silence does not = peace.

Instead of creating a safe environment in which an athlete’s rights may be respected and enjoyed, the IOC will continue to create an environment in which courageous expressions and demonstrations are condemned, vilified, repressed and even severely punished. This has an immense impact on the wellbeing and livelihoods of athletes as we have seen over the years through the sacrifices and struggles of many including Tommie Smith, John Carlos, Peter Norman, Věra Čáslavská, Vince Matthews, Wayne Collett, Bilqis Abdul-Qaadir, Feyisa Lilesa, Hakeem Al-Araibi, Gwen Berry and, horrifically, Navid Afkari.

These athletes were paradoxically punished for standing up for the very humanitarian values that are repeated throughout the Olympic Charter. They - and many others - now stand on the right side of history. Indeed, Smith, Carlos, Norman and Čáslavská have all since been recognised as leaders and heroes of the Olympic Movement.

As heirs to the legacy of these courageous and principled athletes, Olympians are increasingly accepting that sport has a responsibility to be a genuine force for good and athletes have an equal responsibility to act as role models to make that a reality.

The World Players Association movement has committed its resources to fully supporting and defending any athletes who are charged or sanctioned under Rule 50 or otherwise targeted for their courageous stand. However, the implications of the IOC’s decision on athlete rights go well beyond podium protests and demonstrate the need for the IOC to embed the human rights of athletes within the Olympic Charter, including the critical enabling rights of freedom of expression and freedom of association.

This requires systemic change, which can only occur by the IOC acknowledging and embracing that it is a transnational business that has profound human and athlete rights impacts. Accordingly, its legitimacy as the supreme authority of the Olympic Movement depends on it conducting its affairs in accordance with international human rights standards and principles.

The IOC has made some important progress in recent years, making changes to the Host City Contract from 2024 to respect human rights after discussions with the World Players Association and our partners in the Sports and Rights Alliance. The IOC has also incorporated human rights standards into its supplier code, an important step given the human rights risks associated with global supply chains.

The review of Rule 50 repeats the mistakes of 2018 when the IOC Athletes' Commission developed the IOC Athletes Rights and Responsibilities Declaration for endorsement by the IOC Session. Rather than embrace the opportunity to respect athletes and legitimise international sports law by embedding their human rights, the IOC chose to formally relegate athlete rights below unilaterally imposed sporting rules. The World Players Association anticipated that the Athletes’ Rights and Responsibilities Declaration would actually boost the IOC’s grip over athletes who dare challenge human rights abuses and other injustices in world sport. The review of Rule 50 shows that this has been the case.

So, what should the IOC do to properly respect the human rights of athletes, including to freedom of expression?

In December 2020, the IOC took the welcome step of releasing the full report on the Recommendations for an IOC Human Rights Strategy (the Human Rights Report). The Human Rights Report was prepared by eminently qualified experts Prince Zeid Ra’ad Al Hussein, a former United Nations (UN) High Commissioner for Human Rights, and Shift vice-president Rachel Davis, and involved extensive stakeholder consultation within and beyond the Olympic Movement, especially with affected groups. It clearly outlines how the IOC should embed and implement its human rights responsibilities holistically. It provides the necessary basis upon which the review of Rule 50 should have proceeded.

The Human Rights Report’s overarching recommendation reads that "putting athletes at the centre of sport means recognizing sports bodies’ responsibilities towards them." This means:

"the [Olympic] Movement’s responsibilities to respect athletes’ human rights and basic dignity need to be clarified in line with UN standards. The IOC and other sports bodies should conduct human rights due diligence when they make decisions that will affect athletes in order to ensure that potential human rights impacts on athletes generally, or on specific groups of athletes, are considered, and that any such risks are prevented wherever possible or at least that their likelihood is mitigated. Athletes’ perspectives should inform this decision-making process, which may require additional consultation with groups whose perspectives are not represented in existing bodies."

In essence, this requires the following.

The Olympic Charter recognise the responsibility of the IOC to respect internationally recognised human rights, including of athletes.

The IOC must amend the Olympic Charter by clearly articulating the IOC’s commitment to respect internationally recognised human rights and to promote respect for those rights throughout the Olympic Movement. This reform, recommended in the Human Rights Report and long called for by the World Players Association, was recently endorsed by United States athletes at the same time the United States Olympic and Paralympic Committee announced that it would not instigate any action against any of its athletes under Rule 50. While freedom of expression is an internationally recognised human right, it is not an unqualified right. It is not correct to qualify that right on the basis of where it is exercised, such as by prohibiting it in the arena or on the podium, especially where the podium itself involves a compulsory ceremony that may itself undermine an athlete’s freedom of expression. Instead, freedom of expression cannot be protected if it is exercised to incite hate, racial or religious vilification or any threats to the public order, conduct which would also clearly undermine the values of Olympism. International law therefore provides the strongest basis for the IOC to approach any regulation of athlete speech and demonstration.

The IOC undertakes ongoing due diligence to proactively identify possible human rights harms, and to act proactively to ensure those rights can be enjoyed.

The focus of human rights due diligence on the part of the IOC should be to identify risks to athletes who exercise their right to freedom of expression so that actions can be taken to prevent or address that risk.

The most significant human rights harms associated with freedom of athlete expression are not the result of the exercise of that right, but reaction of governments, sports bodies and others in positions of power to the right being exercised. Due to their profile, athletes have been targeted in repressive regimes including Bahrain and Iran. Even in advanced Western democracies, athletes have lost their careers as a result of the reaction to their political protest. The IOC athlete survey not only fails to identify these risks and potential harms, but potentially exposes athletes in such regimes by questioning them about their intent to protest in circumstances where a lack of data protection may see survey responses in the hands of International Federations and National Olympic Committees closely connected to repressive regimes and reactionary powers.

The question for the IOC is not what disciplinary action should be taken in the event that an athlete exercises his or her rights to freedom of expression, but what mechanisms should be established to protect the exercise of that right and to protect an athlete who is targeted because of his or her statements or demonstration. Disciplinary action should be confined to an abuse of the right on the part of an athlete, such as to incite hatred, discrimination or violence.

This plainly includes player unions where athletes are represented by them, a requirement made express by the Human Rights Report.

The players have made it clear they will not "just stick to sports." Neither can the IOC. Sport and society have reached an historic turning point where the athlete voice is no longer censored and scripted but celebrated and embraced.