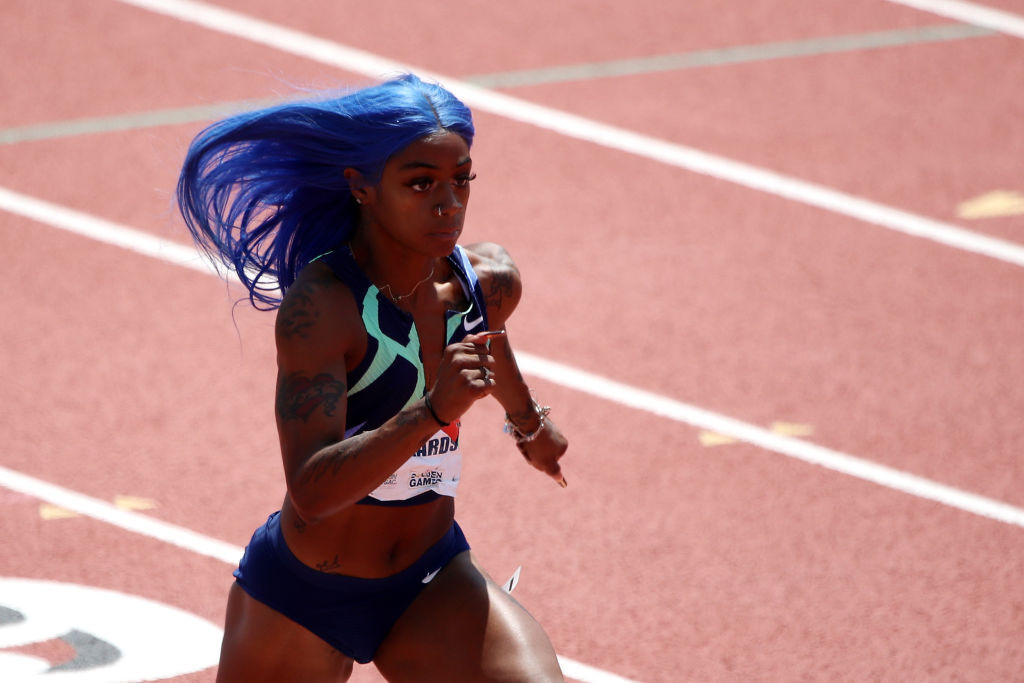 Statistical reckoning indicates that the latter time would have been worth 10.69 in still conditions and 10.58 with a 2mps tailwind, the maximum allowable for record purposes.

Richardson, whose hair is currently dyed bright blue, is only the third woman in history to better 10.80 twice in one day with legal wind.

"I executed a fine race and I walked away with the win, so I'm not disappointed," she said.

"I know I can do better, so I'm just waiting for the next opportunity."

Metcalf, who plays for Seattle Seahawks, finished ninth and last in his 100m heat in 10.37, with victory in the final going to Cravon Gillespie in 9.96.

"These are world-class athletes, they do this for a living and it's very different from football speed, from what I just realised," said Metcalf, whose incursion into track and field had earned a sceptical reaction from former top sprinters such as Michael Johnson and Ato Boldon.

Also making a splash on the Mount San Antonio College track in an event that doubled as a World Athletics Continental Tour gold meeting was Rai Benjamin, running his first 400m hurdles since taking silver behind Norway's Karsten Warholm at the Doha 2019 World Championships.

He bettered the track record of 47.89 set by the former world and Olympic champion Ed Moses in 1979.

Commonwealth Games champion Kyron McMaster of the British Virgin Islands was second in a national record of 47.50 and 20-year-old Alison Dos Santos came third in a Brazilian record of 47.68.

Benjamin's run was one of four world-leading marks set in Walnut.

The first came in the women's 400m hurdles, won by Shamier Little in 53.65, with Gianna Woodruff setting a Panama national record of 54.70 behind her.

Benjamin is back with a BANG?

A surge over the final 10 metres earned world 200m champion Noah Lyles victory in 19.90 ahead of fellow American Kenny Bednarek, who clocked 19.94.

In the women's 200m, 35-year-old Allyson Felix, the London 2012 Olympic champion and three-times world gold medallist at that distance, finished second in 22.26.

This was her fastest time since 2016 as she came home behind Gabby Thomas, who clocked 22.12.

Darrell Hill produced the highlight of the field events, winning the men's shot put with 22.34m.

Greece's Olympic pole vault champion Katerina Stefanidi offered evidence that she is heading back to top form with a clearance of 4.80m.