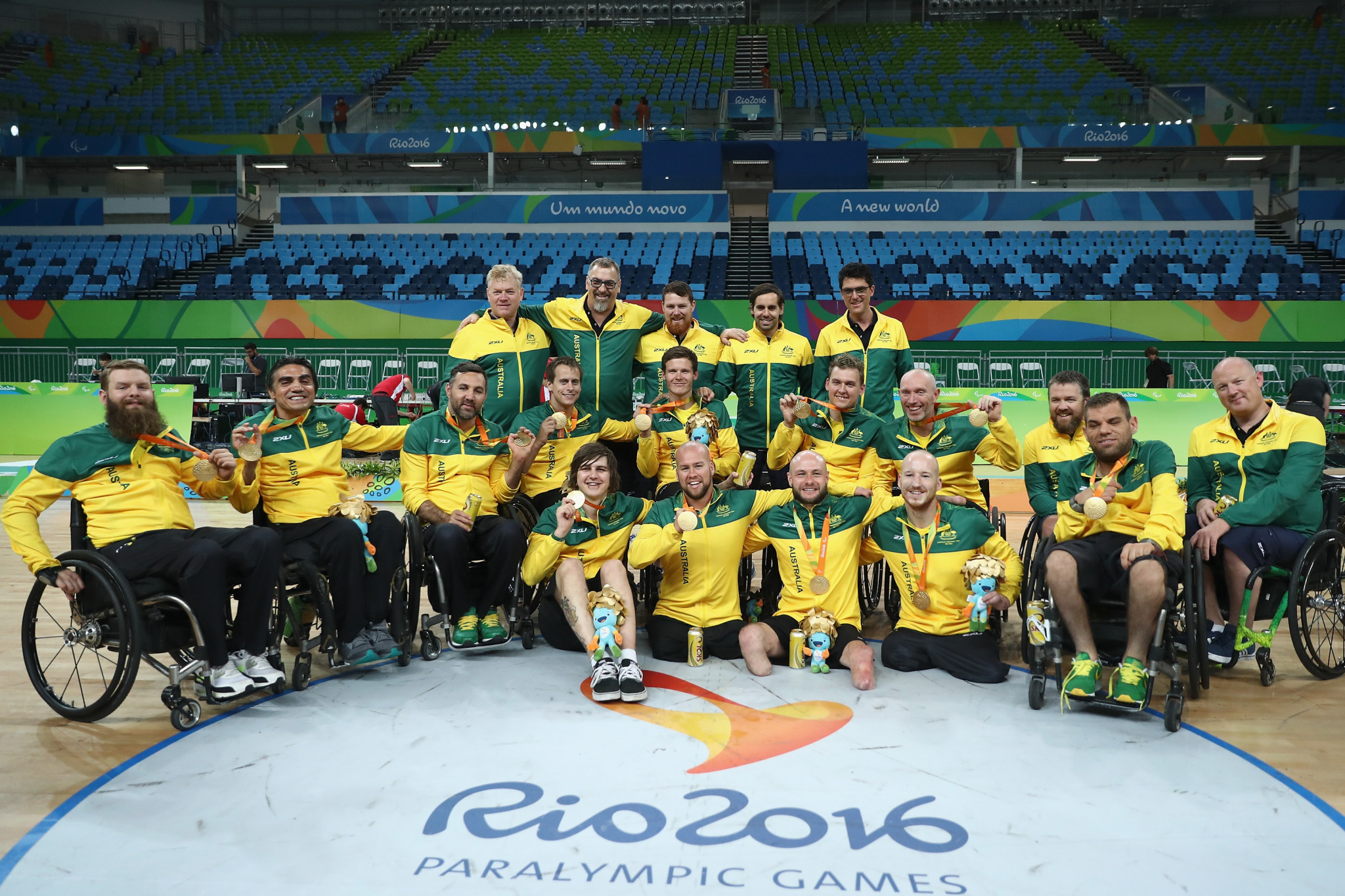 Organisers have announced the schedule for the Tokyo 2020 wheelchair rugby competition following the completion of the draw for the event.

Action is scheduled to take place at the Yoyogi National Stadium in Tokyo in the mixed gender discipline from August 25 to 29.

Pool games are due to take place over three days with four matches scheduled per day.

Rio 2016 runners-up the United States begin the competition with their opening Pool B fixture against New Zealand.

That is followed by the opening match for defending champions Australia who begin Pool A by taking on Denmark.

Later on the opening day, Britain take on Canada in Pool B before hosts Japan play the final match of day one when they face France in Pool A.

The top four teams are set to feature in the semi-finals on August 28, the same day as the classification matches to decide places fifth to eighth are scheduled.

The tournament is due to conclude on August 29 with the bronze and gold medal matches, scheduled for 2pm and 6pm JST respectively.

At Rio 2016, the wheelchair rugby competition ended in dramatic fashion with Australia requiring two periods of overtime before edging out the United States 59-58.