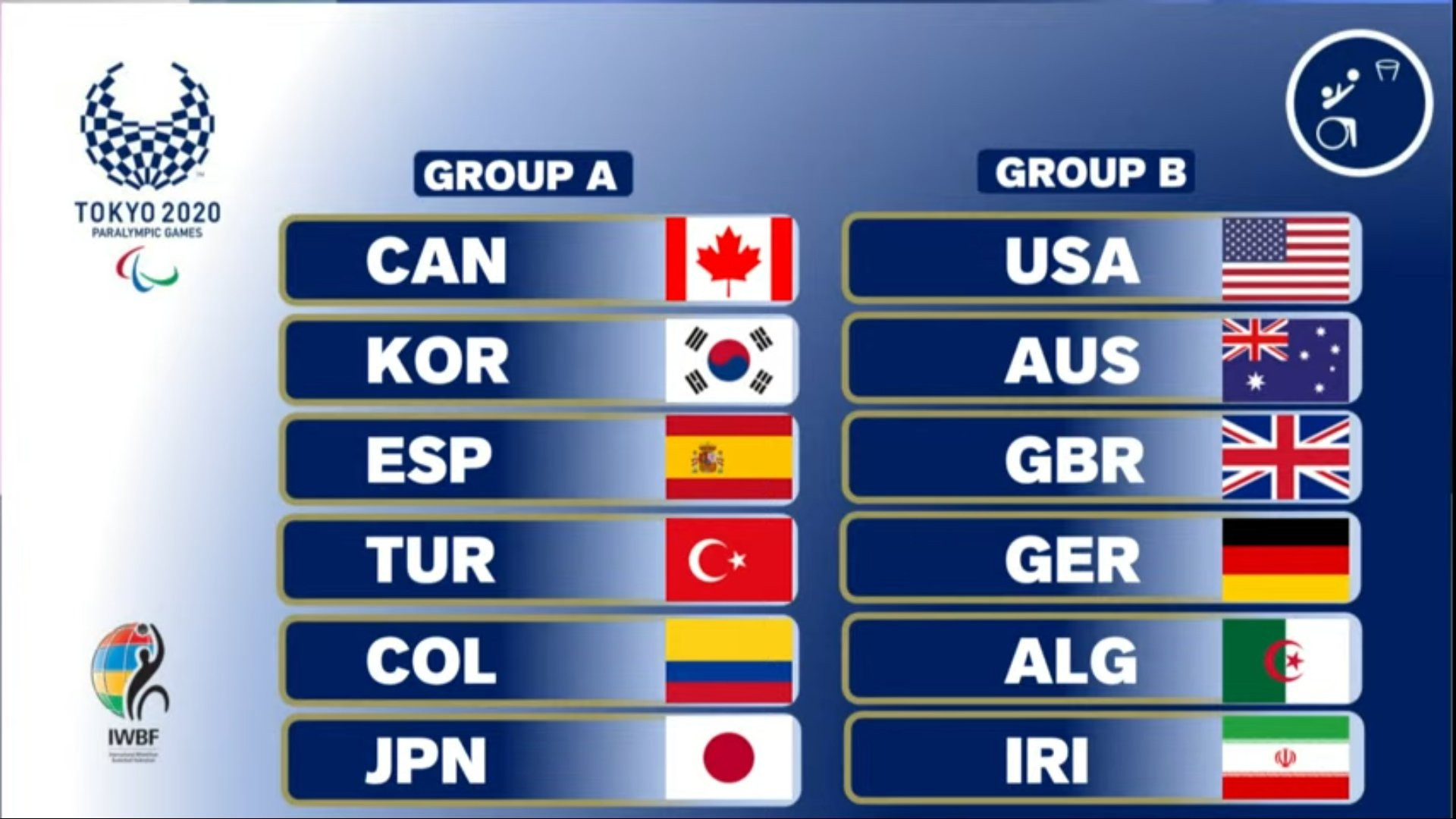 The top four finishers at the 2018 World Championship have been drawn together in the men's wheelchair basketball tournament at the postponed Tokyo 2020 Paralympic Games.

They are set to be joined by Germany and Algeria after the draw was conducted by the International Wheelchair Basketball Federation in Stoke Mandeville, England today.

Reigning Paralympic champions the US will take on world champions The Netherlands, China, Spain and Algeria in Group B of the women's competition.

Rio 2016 silver medallists Germany are in Group A with Australia, Britain, Canada and Japan.

The GB Women's team are in Group A and will play Canada??, Australia??, Germany?? & Japan?? pic.twitter.com/5Ddz1zA8Sh

The top four in each group in both the men's and women's tournaments will qualify for the quarter-finals.

The draw had been due to take place in Tokyo before being moved to England because of COVID-19 restrictions.

The IWBF had been threatened with wheelchair basketball being stripped of its place at the Games by the International Paralympic Committee following a classification dispute last year.

Wheelchair basketball events at Tokyo 2020, postponed to this year because of the coronavirus pandemic, are due to run from August 26 to September 6.

Musashino Forest Sports Plaza is set to stage the group matches, while Ariake Arena is set to host the finals.