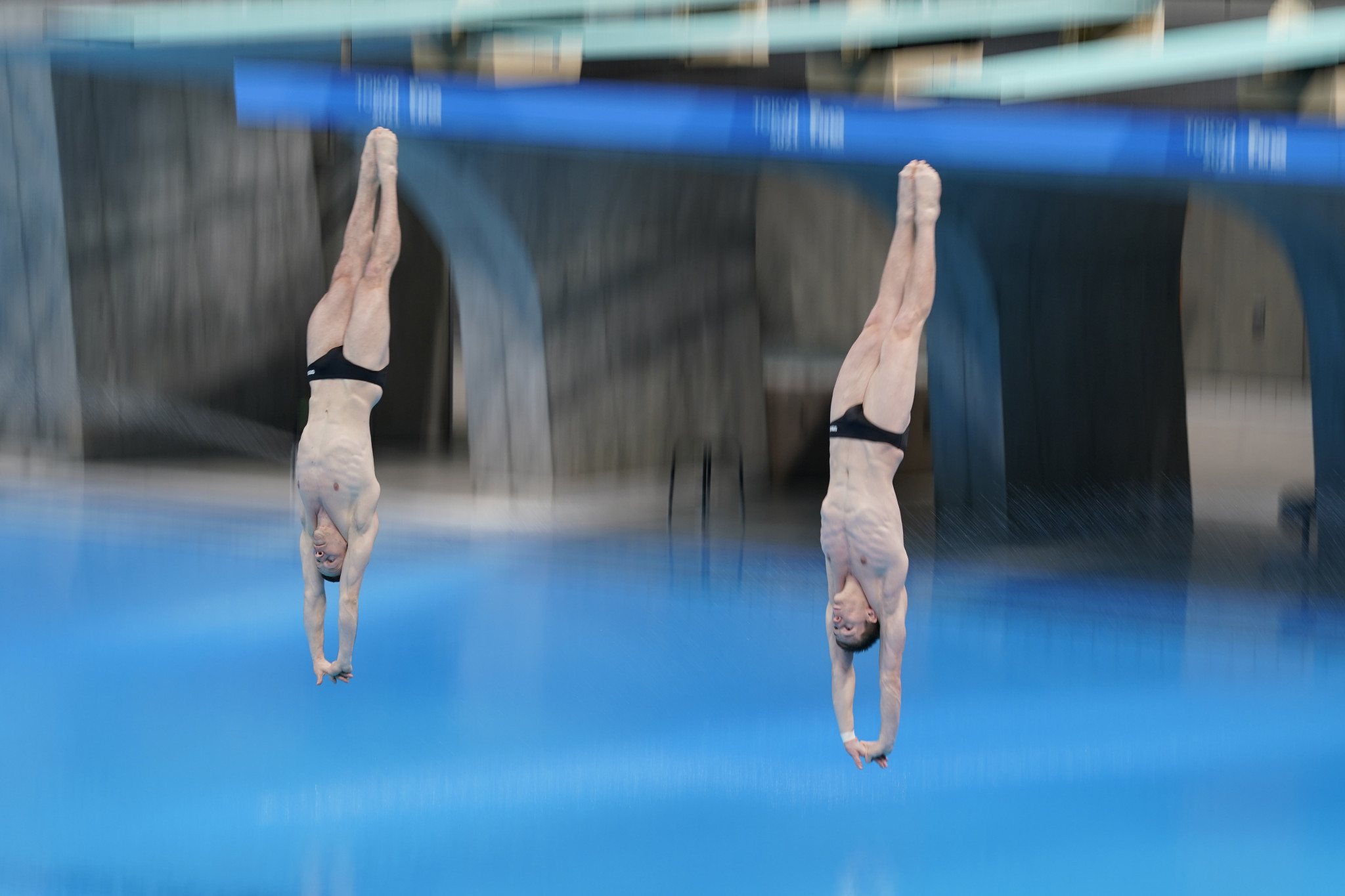 Germany and Russia claimed the gold medals on the fourth day of diving finals at the European Aquatics Championships in Budapest.

In the men’s synchronised three metres final, German pair of Patrick Hausding and Lars Rudiger topped the standings with 426.78 points.

The silver medal went to Evgenii Kuznetsov and Nikita Shleikher of Russia who scored 415.47 points.

The podium was completed by Ukraine’s Oleksandr Gorshkovozov and Oleg Kolodiy who scored 409.92 points.

Fourth place went to Lorenzo Marsaglia and Giovanni Tocci of Italy with 386.82 points while Kacper Lesiak and Andrzej Rzeszutek of Poland finished fifth with 363.99 points.

Britain’s pairing of Daniel Goodfellow and Jack Laugher finished sixth with 360.63 points, with a poor fourth dive putting the podium places out of their reach.

Russia dominated the women’s 10m platform final securing the first one-two of the championships for any country in the discipline at the Duna Arena.

Gold went to 16-year-old Anna Konanykhina who scored 365.25, with silver going to her compatriot IulIia Timoshinina with 329.20.

Konanykhina’s victory in the final was somewhat unexpected given that she finished 11th in the preliminary round.

Fourth place went to Sofiia Lyskun of Ukraine with 321.75 while Britain’s Lois Toulson ended in fifth place with 321.10 points.

Action is scheduled to continue tomorrow with the women’s synchronised 10m platform and the men’s 3m springboard final.

In the free combination final, Ukraine claimed gold with 94.7000 points, with silver going to Greece with 89.1000 points and bronze to Belarus with a score of 86.0667 points.

Artistic swimming action is due to continue tomorrow with three more finals in the duet free, mixed duet free and team free disciplines.

In the open water swimming, the women’s 10 kilometres event was won by Olympic champion Sharon Van Rouwendaal of The Netherlands in 1hr 59min 12 sec, who yesterday claimed gold in the five kilometre discipline.

In the men’s 10 kilometres event, Italy’s Gregorio Paltrinieri followed up his 5km win yesterday with victory over the longer distance, as he took gold in 1:51.30.

Marc-Antoine Olivier of France claimed the silver medal in 1:51.41, while Florian Wellbrock of Germany earned bronze in 1:51.42.