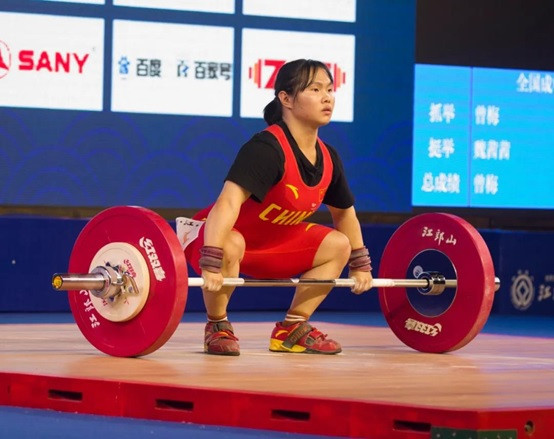 The remarkable strength in depth of Chinese weightlifting was evident at the women’s National Championships - and for the first time in many months the athletes were watched by a live audience.

While China’s national team lifters were locked away in quarantine after their travels to Uzbekistan last month for the Asian Championships - a controversially unnecessary and costly journey - young talents who have never competed at senior international level were in world record form in Jiangshan.

Conversely, at the same time in Cali, Colombia there was a sad farewell for world record holder and Olympic champion Sohrab Moradi of Iran.

Moradi’s failure to make a total in his final appearance in the Tokyo 2020 qualifying programme merely confirmed what we have known for more than a year - neither of Iran’s Rio 2016 champions, Moradi and Kianoush Rostami, will be competing in the delayed Tokyo 2020 Olympic Games.

Their hopes were dashed by injury and, in Rostami’s case, a bombout and a catastrophic administrative mix-up for which he blames his own federation.

Rostami turned up to compete in a qualifying competition in Switzerland in October 2019, only to find his entry had missed the deadline.

Because of that he did not score any points in phase two of qualifying, and that ended his chances of making it to Tokyo.

In an interview in Iran last week, Rostami said there had been "a 100 per cent lack of work" by the Iranian Weightlifting Federation in the entry mix-up, and that the federation had failed to support him for four years, during which time he had been "under stress."

There has not been a good relationship between the federation and Rostami for some time, and he said he was "displaced" and did not feel "part of the family."

He also predicted that Iran, which can send a maximum of two athletes to Tokyo because of past doping violations, would not win any medals this time.

Rostami, 29, said: "I used to love weightlifting but now I do not," although he vowed not to quit the sport.

He was entered in the Open de Colombia in Cali but was one of many original entries who did not travel.

Moradi, 32, appeared to injure his left wrist in making his second snatch of 170 kilograms and withdrew, leaving Venezuela’s Keydomar Vallenilla to complete a comfortable victory in the 96kg class with 173-211-384.

The atmosphere at the closed competition in Cali, a "silver" qualifier for Tokyo, was in contrast to Janshiang, where spectators were allowed in provided they wore a mask "thanks to COVID-19 being under control and few local confirmed cases for months in China" said a statement from the Chinese Weightlifting Association.

When the teenager Chen Yarou made 83-109-192 in the non-Olympic category of 45kg she bettered the senior world standard in clean and jerk and total.

No athlete has claimed a world record yet in this new weight category and Chen, a youth world champion in 2017, would have been the first but as she was in a national rather than an international competition, no world records can be registered.

Lifts at 45kg during the qualifying period for Tokyo 2020 can be counted by athletes hoping to qualify for the 49kg, and the best total by anybody worldwide at 45kg is 179kg by Turkmenistan’s Yulduz Dzhumabayeva, which won her the world title in 2018.

Hou Zhihui, leader in the Olympic rankings at 49kg, was beaten at last year’s National Championships by Liu Feng, who won again this year in a desperately close finish.

World record holder Hou is one of the athletes who were quarantined for four weeks after their return from Uzbekistan in the last week of April.

It was even closer in the 55kg, where the top six were separated by only 4kg.

The super-heavyweight winner was Fan Yuxin with a total of 289kg.

The five-day national Men’s Championships, also in Jiangshan, in Zhejiang province, start on Sunday (May 16) and will again be broadcast live on CCTV.