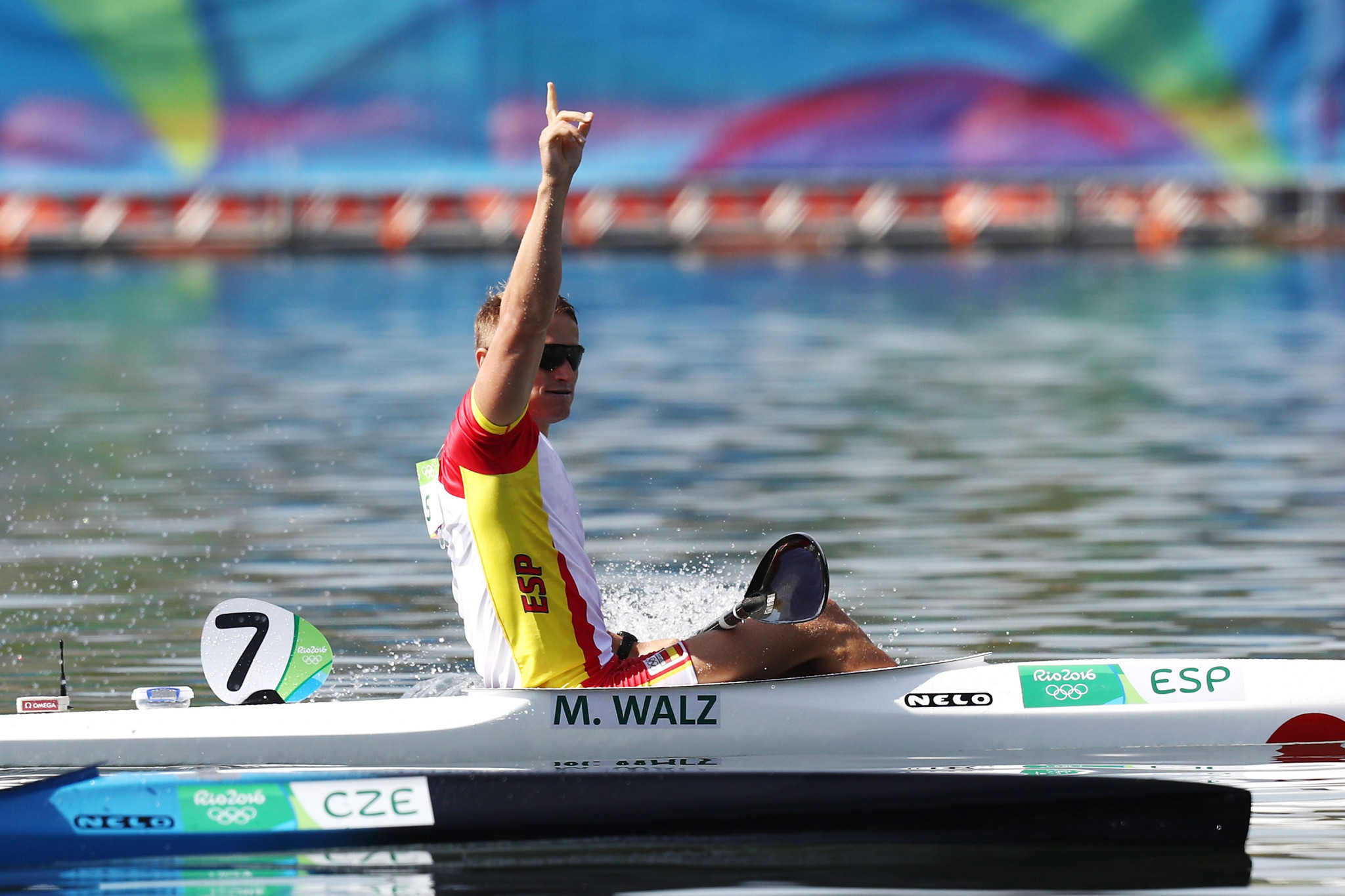 Germany's Sabrina Hering-Pradler and Tina Dietze claimed the win in the women's K2 500m in 1:43.71 ahead of Poland's Justyna Iskrzycka and Helena Wisniewska and Slovenia's Spela Ponomarenko Janic and Anja Osterman, who claimed silver and bronze respectively.

Denmark's Emma Aastrand Jorgensen was the clear winner in the women's K1 200 metres in 41.10sec ahead of Poland's Marta Walczykiewicz.

Britain's Deborah Kerr won bronze by a hundredth of a second to Teresa Portela of Spain.

Kerr's compatriot Liam Heath was victorious in the men's K1 200m final, with the top four separated by a tenth of a second.

Heath finished in 35.68, followed by Hungary's Sandor Totka and Manfredi Rizza in second and third and Oleh Kukharyk in fourth.

Nevin Harrison of the United States claimed gold in the women's C1 200m final in 47.59 ahead of Yarisleidis Cirilo Duboys of Cuba and Ukraine's Liudmyla Luzan.

Luzan then won the C1 500m final in a time of 2:09.40, leading a Ukrainian one-two ahead of Anastasiia Chetverikova, while Hungary's Giada Bragato claimed bronze.

Germany's Jacob Schopf won the men's K1 1,000m in 3:36.94 ahead of Josef Dostal of the Czech Republic and Fernando Pimenta of Portugal, while Conrad-Robin Scheibner of Germany won the men's C1 1,000m in a time of 3:58.49 with Brazil's Isaquias Queiroz Dos Santos and Czech canoeist Martin Fuksa finishing in second and third.

Hungary's Emese Kohalmi won the women's K1 1,000m in 4:07.94 ahead of Norway's Maria Virik and a second Hungarian Olga Bako.

Finally, Bence Nadas ended the day with a win for Hungary in the men's K1 500m in 1:43.34, followed by the Danish pair Rene Holten Poulsen and Victor Gairy Aasmul.