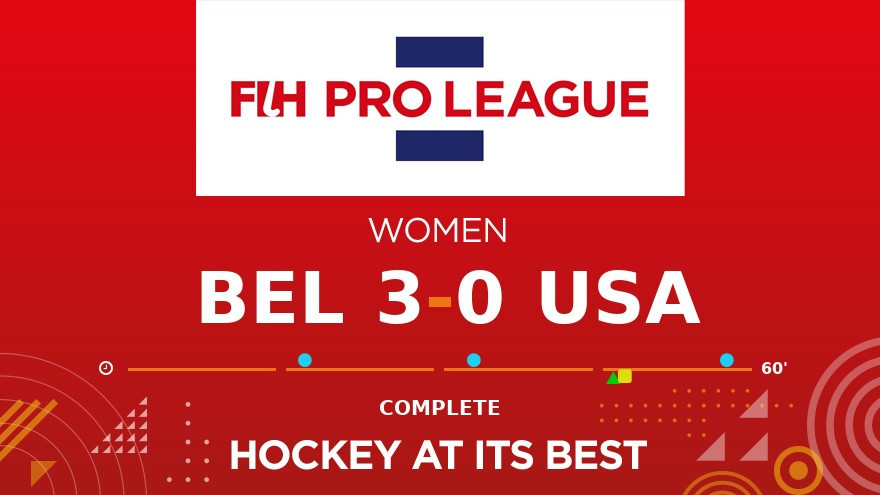 Belgium’s women comfortably beat the United States as the Americans played their first match in the International Hockey Federation Pro League since February 2020.

The Red Panthers took a 17th minute lead through Abi Raye’s deflected strike as they dominated the first half, creating multiple goalscoring opportunities and enjoying the majority of possession.

Belgium’s dominance continued early in the second half against an inexperienced American side featuring five debutants, with Tiphaine Duquesne making it 2-0 from a penalty corner just after the interval.

Belgium put late gloss on the scoreline as Raye’s second of the match sealed a 3-0 win, which could have been by a bigger margin but for the efforts of US keeper Kelsey Bing.

Emma Puvrez, is excited for what the future holds for the @BELRedPanthers as they get ready for their final set of #FIHProLeague matches.

The result maintains Belgium’s seventh place in the standings and improves their win percentage to 33.33 per cent from ten games, while the US remain bottom of the table with zero points from seven matches.

China are also on zero points but have only played two matches due to travel restrictions caused by the coronavirus pandemic.

Belgium and the US are due to meet in the second of their double-header at the Sportcentrum Wilrijkse Plein-Antwerp tomorrow.

Points percentage will be used to determine the final standings in the Pro League this season as several matches are not expected to be completed, because of the pandemic.