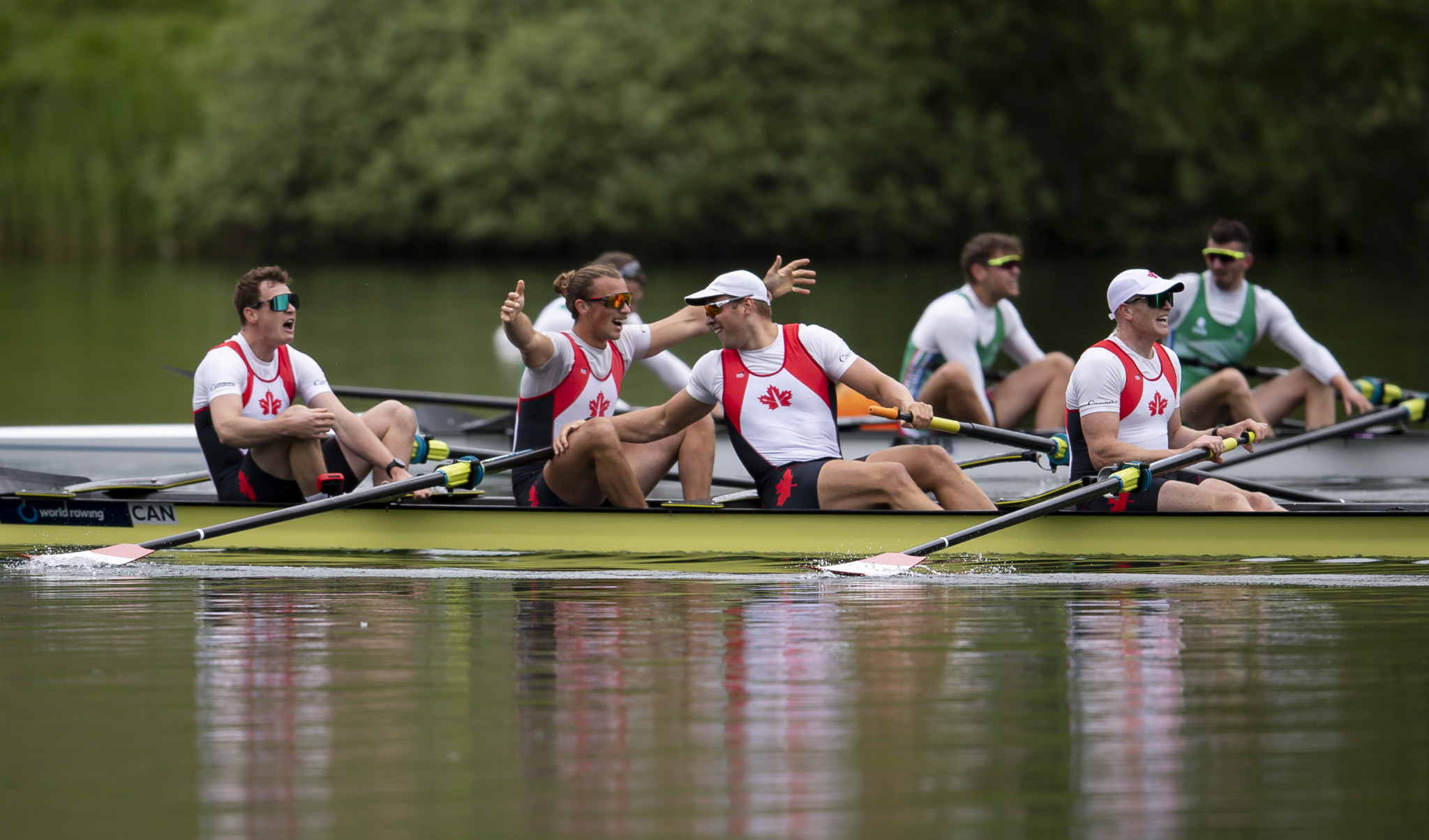 The final places for the rowing event at the Tokyo 2020 Olympics were secured following a dramatic day on the water in Lucerne.

The Swiss city held the World Rowing Final Olympic Qualification Regatta as athletes battled it out for tickets to the Games.

ROC and Denmark claimed the top two places in the women’s pair to secure their spots at Tokyo 2020.

There was more success for Russia in the women’s double sculls as they finished ahead of Germany who also sealed an Olympic quota.

"It was fantastic," said 36-year-old Annekatrin Thiele who teamed up with Leonie Menzel in the German boat to secure the runners-up spot.

"We did our best on the lake and now we have the ticket to Tokyo."

Ireland and China finished first and second respectively in the women’s four to confirm their places at Tokyo 2020.

"It’s been a long time coming."

"I am so happy," said Belarus' Tatsiana Klimovich.

"Two years ago I was still a double sculls rower and haven’t been on the water for a very long time, but now I qualified for the Tokyo2020."

Australia’s Caitlin Cronin added: "We knew we had a really good chance.

"It was about executing our plan, doing all the small things rights right that we do in training.

The men’s quadruple sculls contest was won by Estonia, with the ROC crew finishing second to secure the other Olympic quota.

Romania achieved success along with China in the women’s eight before the country’s men’s eight crew booked their place at Tokyo 2020 along with New Zealand.

"The race was hard, but we knew it should be like this," said Romanian Sergiu-Vasile Bejan.

"We are happy with qualifying our boat and now we will turn to the training.

"The Olympic medal? That will be a gift."

Amalia Beres, also of Romania, added: "We wanted to be first, but we will race them again in Tokyo and we are looking forward to it."

The Netherlands and Denmark grabbed Olympic spots in the men’s pair before the ROC and Czech Republic qualified in the men’s double sculls.

"We had a good start, we were the first in the first half, then Russia pushed harder and we were trying to go with them," said Czech rower Jakub Podrazil.

"We were happy to hold the second place to qualify for the Games.

"It will be my third Olympic Games and the first for my teammate Jan Cincibuch."

South Africa and Canada took the two qualification places on offer in the men’s four, while ROC and Canada secured the men’s single sculls spots.

There were three qualifiers in the lightweight women’s double sculls with the United States, Switzerland and Ireland finishing in the top three.

"It’s so surreal because I feel like we’ve worked so hard the past two to three years," said Ireland’s Aoife Casey.

"We came in as underdogs.

"It just shows what you can do.

"We came from behind and all we wanted to do was do our best and we are so happy."

Canada crossed the line first in the lightweight men’s doubles sculls – the final contest of the day - as the Czech Republic also sealed a Tokyo 2020 place.