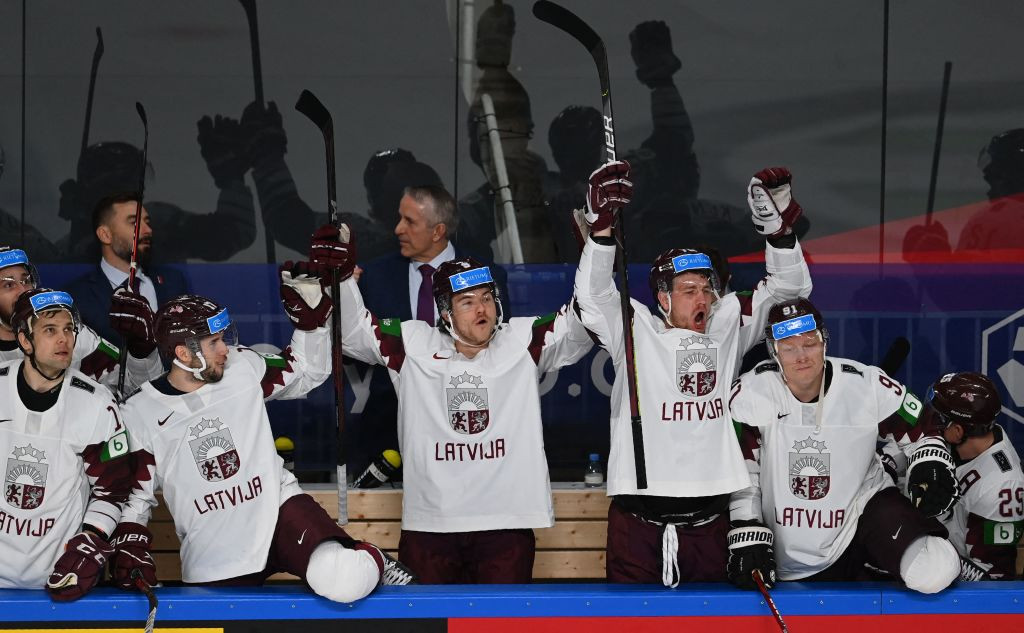 Goals in the first period from Miks Indrašis and the second period from Oskars Batņa earned Latvia, seeded tenth, their first ever win over Canada at the Championship.

The historic result at the Arena Riga, which puts Latvia second on goal difference behind Germany in Group B, was not witnessed by any spectators, although the host nation’s Parliament has voted to overrule the Prime Minister and to try to find a way of allowing games later in the tournament to be watched by fans.

Latvia had been due to co-host the tournament with Belarus, but was belatedly awarded the complete responsibility for staging it by the IIHF because of political instability in Belarus.

Seventh-ranked Germany earned a 9-4 win over Italy, the 15th seeds, in the opening Group B game.

Meanwhile in Group A, whose matches are being played at the Latvian capital’s Olympic Sports Centres, Team ROC, seeded second, also made a winning start.

Team ROC, competing under a neutral flag due to sanctions placed on Russia by the World Anti-Doping Agency and the Court of Arbitration for Sport and with their national anthem similarly replaced by part of Pyotr Tchaikovsky's Piano Concerto No.1, earned a dramatic 4-3 win against the Czech Republic.

The Czech team, beaten by Russia in the bronze medal match at the last edition of this Championship in 2019, fell behind and then equalised in each of the three periods before conceding the decisive goal, scored by Mikhail Grigorenko, currently playing with National Hockey League side Columbus Blue Jackets, with just 19 seconds on the clock.

Defending champions Finland, who beat Canada in the last World Championship final in 2019, are seeded third and are due to start their defence tomorrow with a Group B match against sixth-seeded United States.

The top four teams in each round-robin group will progress to the quarter-finals.

The Championship is due to conclude with the final at the Arena Riga on June 6.