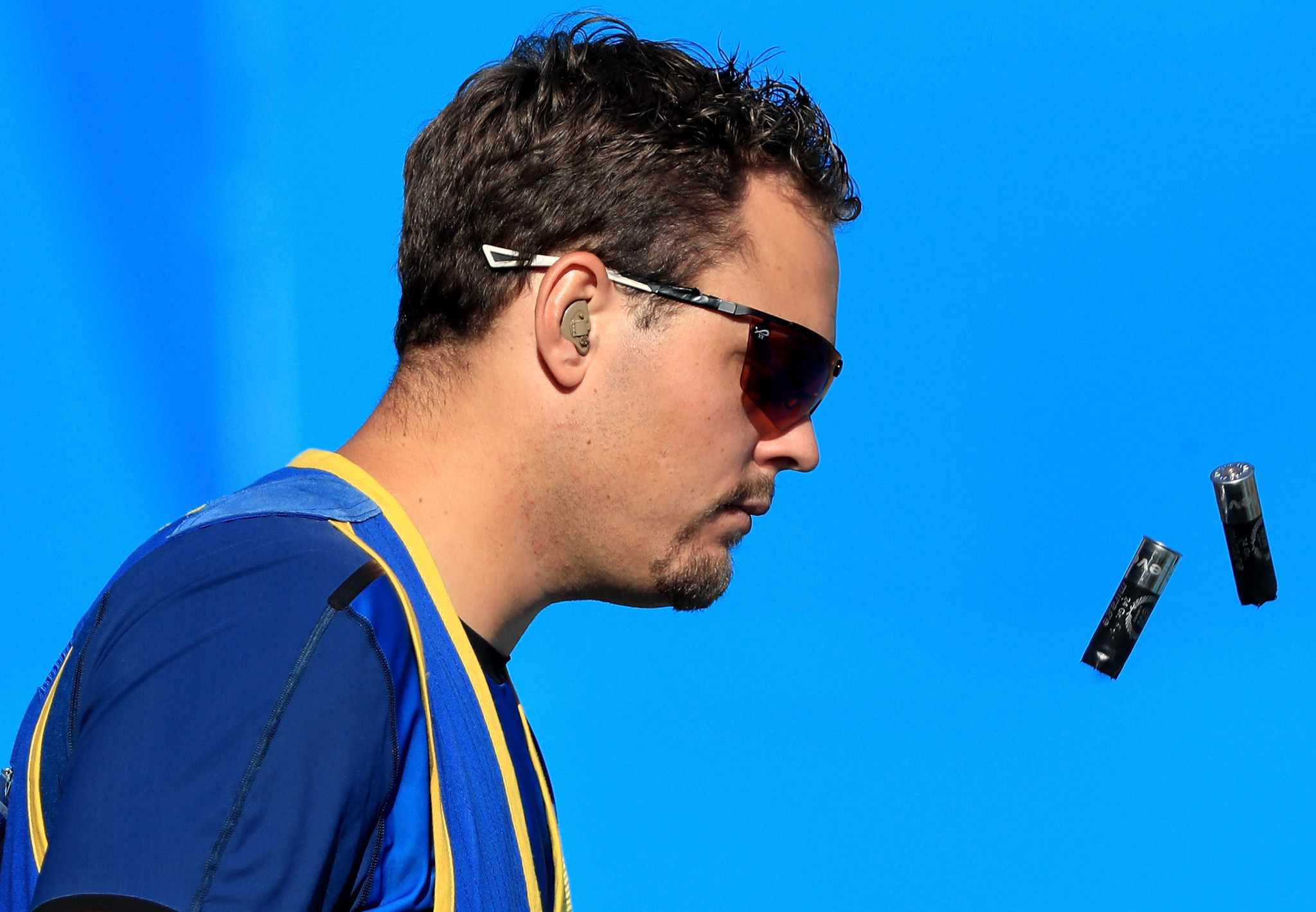 The Swedish pairing had required a shoot-off to reach the final, after tying with Italy’s Martina Bartolomei and Gabriele Rossetti in qualification on a score of 145.

Nilsson and Larsson triumphed in the head-to-head contest to reach the final, where they met top qualifiers Barbara Sumova and Jakub Tomecek of the Czech Republic.

Both teams finished level in the final on a score of 33, meaning another shoot-off was required.

Nilsson and Larsson won the shoot-off 4-3 to secure gold, with Sumova and Tomecek settling for the silver medal.

The podium was completed by Bartolomei and Rossetti.

The Italy team overcame Germany’s Christine Wenzel and Sven Korte in a shoot-off in the bronze medal contest.

Nikita Mann topped the standings in the men’s junior 25 metres rapid fire pistol competition after achieving a score of 19.

Mann edged his teammate Dmitrii Maliukov, who finished as the runner-up on 18.

Italy’s Michele Palella won bronze after being eliminated on a score of 16.

The Russian team ran out 50-22 winners against Hungary’s Viktor Kiss, Ferenc Toeroek and Soma Hammerl in the final.

Cyprus and Romania will contest the bronze medal match.