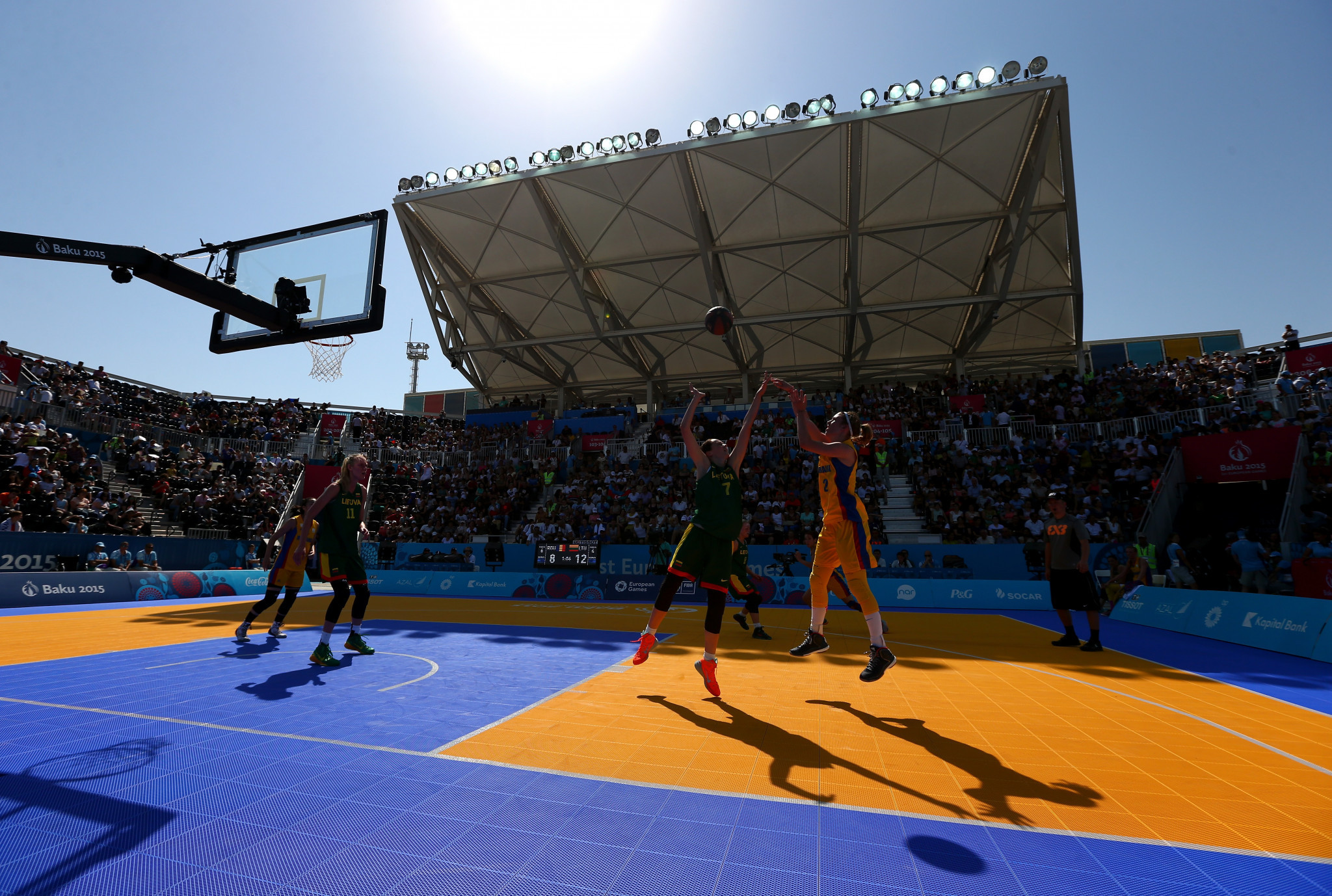 The line-up for the men’s and women’s quarter-finals at the first ever 3x3 basketball Olympic qualification tournament was completed today.

The United States and Lithuania both qualified from men’s Pool B with identical records of four wins and three losses and both with 80 points.

Seeded second the US won their first match today defeating Kazakhstan 22-19, before losing their second game of the day to Belgium 20-16.

Lithuania, the seventh seeds, claimed a narrow win in their first game of the day edging out Belgium 17-16, before going on to defeat South Korea 22-12.

In men’s Pool D, fifth seeds Latvia qualified top of the pool after finishing with an unbeaten record of four wins from as many matches.

Latvia today beat Croatia 21-18 and later Canada 21-16 to secure their place in the quarter-final stage.

Third seeds The Netherlands qualified in second place in the pool with a record of four wins and two defeats.

After losing both of their games yesterday the Dutch were under pressure heading into the final day of pool action, but edged out hosts Austria 17-15 before beating Croatia 22-16 in the final game of the night to secure their place in the last eight.

Their record was identical to Canada and Austria but the Dutch qualified courtesy of scoring more points.

? Goree tops ? all scorers at the end of the pool stage ? pic.twitter.com/ZqWCXi1nBf

The quarter-finals open proceedings tomorrow, and see Latvia face Lithuania, the United States take on the Netherlands, Poland up against Slovenia and France taking on Brazil.

In women’s Pool A the United States finished top after going unbeaten throughout their pool campaign, with top seeds France in second place with four wins and three defeats.

Eighth seeds the US today beat Germany 21-12 and followed it up by defeating Uruguay 22-5.

France also won both of their matches today overcoming Germany 21-12 and later Indonesia 18-6.

In women’s Pool C 14th seeds Hungary surprisingly topped their group with an unbeaten record of four wins from as many matches.

Belarus, the 11th seeds, qualified in second place with a record of four wins and two defeats, with their superior points total helping them progress at the expense of third seeds The Netherlands and Estonia, who both finished with identical records.

In their opening game of the final day of pool stage action Belarus were edged out 16-14 by The Netherlands before bouncing back to beat Estonia 21-13.

In the quarter-finals tomorrow, Hungary will take on top seeds France, Belarus will face the United States, Japan face Switzerland and Spain go up against Australia.

The two semi-final winners and the winner of the third place game in both the men’s and women’s competitions will seal a place at the Tokyo 2020 Olympics, where 3x3 basketball is set to make its Olympic debut.