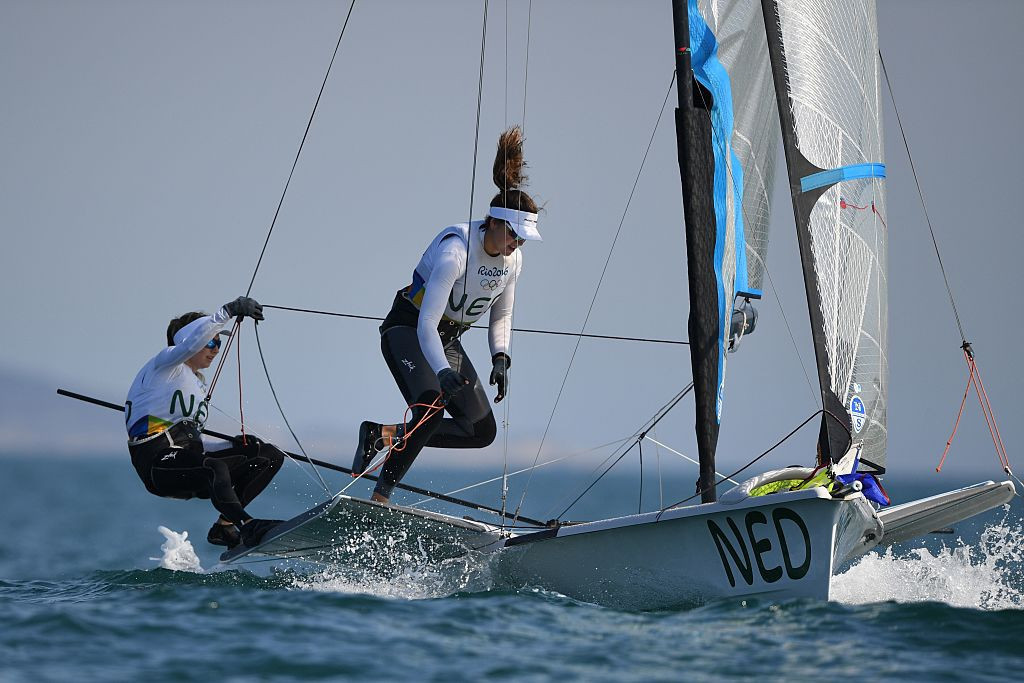 Home pairing Bart Lambriex and Pim van Vugt were displaced from the 49er lead on the penultimate day of the World Sailing Cup at Medemblik in The Netherlands, but there was no catching their compatriots in the women’s 49erFX racing, Annemiek Bekkering and Annette Duetz.

Both Dutch crews are already selected for the Tokyo 2020 Olympics, and both appeared en route to victory but today the men’s pairing were overhauled at the top by Germany’s Jakob Meggendorfer and Andreas Spranger, whose two victories and a second place left them on a net total of 33 points.

Lambriex and van Vugt placed second, seventh and fifth and now stand two points adrift of the Germans and five ahead of another selected Tokyo 2020 crew, France’s Luas Rual and Emile Amoros, who finished third, third and fourth to reach a total of 40 points, five behind the Dutch pairing.

France’s Erwan Fischer and Clement Pequin are fourth on 52 points as the field prepares for tomorrow’s medal races.

Bekkering and Duetz have a net points total of 18 and a lead of 11 after a day in which they finished first, fourth and a sixth place that became their second discard.

Maria Bergmann and Hanna Wille of Germany are second, having finished fourth, third and third, and a second Dutch pairing of Odile van Aanholt and Emma Siewers, who are on 36.